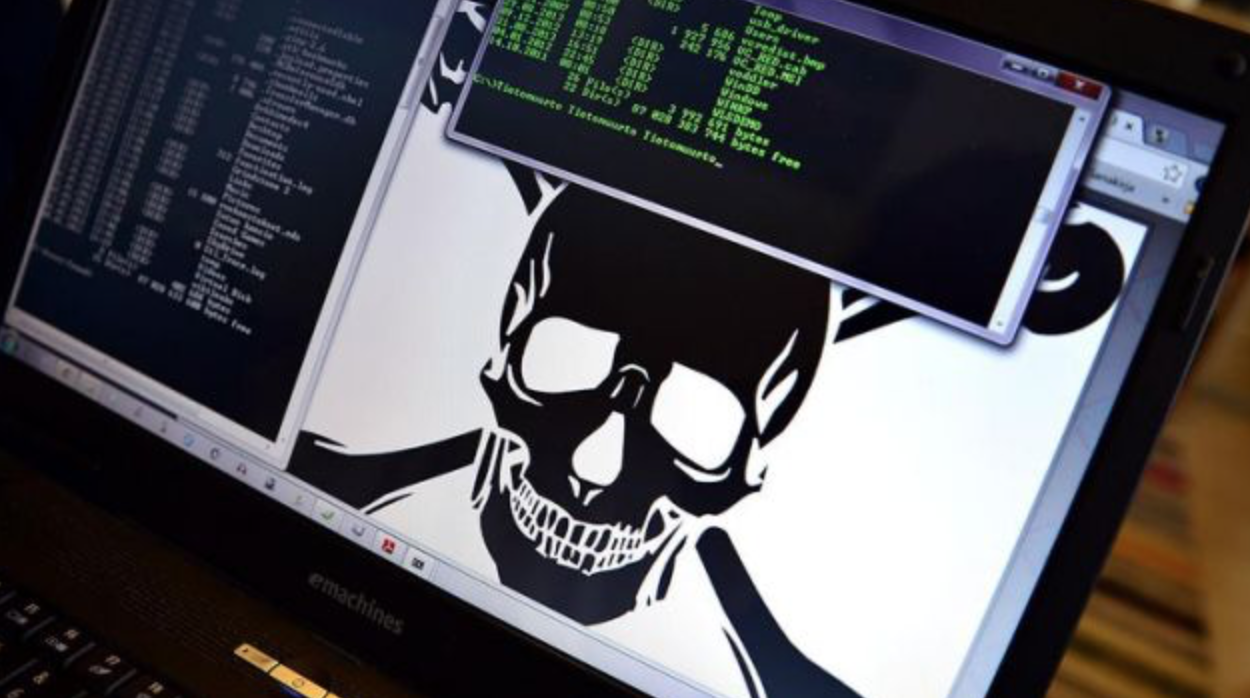 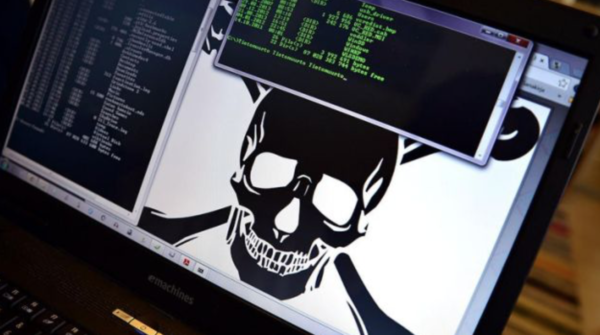 On the ‘knowledge’ panel at the hui in October 2018 on What an Alternative and Progressive Trade Strategy for New Zealand, Professor Jane Kelsey explained how trade rules on ‘e-commerce’ would cement the dominance of Big Tech and close off our ability to shape the digital domain in the public good.

My apologies – we had lined up people who were going to talk about media, journalism and culture, but then they were unable to come. I am particularly interested to be on this panel because, rather to my shock, I have spent the last 3 or 4 years working on understanding the digital elements of the international agreements. One of the problems we have is there was never a leak of these texts during the TPPA negotiations. While we had campaigns around the investment issues and medicines issues, democracy, secrecy and sovereignty, and te Tiriti o Waitangi, we never actually got people aware of what is the most dangerous element in recent agreements, the electronic commerce chapters.

I want to talk a bit on this because it is explicitly designed to commodify and exclude people from using their own data and from accessing systems by locking that data up for the oligopolies that Bernard Hickey were referring to yesterday as FANG – Facebook, Apple, Netflix and Google – and then to pre-empt the kinds of options Alex is talking about. What we saw in TPPA it sounds like conspiracy because it was a conspiracy: the large digital companies set out their wish list, which they got the US Trade Representative to turn into legal text as the ‘digital 2-dozen principles’. It is explicitly designed to lock in their dominance and control over the digital domain.

We have very little knowledge already of what’s happening in that domain and it’s evolving so quickly. We’ve got drones and driverless trucks, trading platforms, blockchains and digital currencies, and they are changing every year or two years in a fundamental sense. They are transforming within that system every day. States have no way of regulating. They are doing desperate catch-up. And the whole objective that is now being achieved in these agreements is to pre-empt regulation and lock in that control. It has massive consequences for the unseeable future for which we have no crystal ball. Hence when we are talking about knowledge, and for example about Maori sovereignty over data, which is basic in terms of taonga and whakapapa, how do we deal with that? How do we develop alternatives when all that data is locked up by the big players?

Sandra Grey (chair): Current free trade models don’t work when it comes to knowledge. Is there something in particular we need to be looking for that is particularly broken, as that might help us find solutions around the way that we are currently seeing knowledge sharing, generation and what’s coming up, rather than what’s already been?

Jane: One of the things that’s most broken is that we still talk about ‘trade’ and ‘trade agreements’ as if they apply to blocks of butter and slabs of lamb and there is so little understanding of how sweeping these agreements are. I was teaching yesterday when Bernard Hickey was speaking, but he was talking about the Facebook issues and the impacts on media of what’s happening and said that there aren’t actually many trade rules around services or the digital. But there are! That highlights to me the real problem that people don’t actually know what is in these agreements, so they can then challenge the willingness of our government to continue to sign up for them.

The Regional Comprehensive Economic Partnership (RCEP) negotiations are happening in Auckland this week. The proposed e-commerce text, which was written by and for GAFA – Google, Amazon, Facebook and Apple – and will benefit Ali Baba, is an example of what we call ‘organ harvesting’. The same chapters from the TPPA are now being moved into agreement after agreement – the RCEP being negotiated here now, the Pacific Alliance negotiations, the UK negotiations, the EU negotiations, and they are trying to push it in the WTO as a plurilateral agreement. That will lock up that digital space and the ability for us to regulate and lock open the commons, or to deal with te Tiriti issues in the future.

We need very rapidly to build an understanding of what is happening with that process and to build a diverse constituency. For example consumers – if you’ve got rules that are saying you can’t require data to be held inside a country, or require disclosure of source codes and algorithms that drive the search engines, or if you can’t require an offshore supplier to have a presence in your country, then even if we regulate we can’t access the data and source codes and have any access to those players to hold them to account. So what happens to competition law, and consumer law, and Te Tiriti, and whatever protections we might put in place? And what happens to notions we have of public education that are dependent on those offshore suppliers of commodified library resources or digital online courses like MOOCs, and so on?

We’ve got to build our understanding of what is going down and put the reins on the government negotiating these deals. The discussions I had with MFAT officials on this when I said to them ‘why are you promoting this’ they said because our companies have problems in China. There is no conception of what the global rule-making process on this will mean for us and no accountability for that.

There are three reports for unions that are accessible on their websites – one for international Transport Federation, one for UniGlobal and one for the International Union of Foodworkers – which look at some of these issues and how unions might organise in response to those challenges.

In relation to commodified education, when champions talk about the hundreds of thousands of NZ jobs that are dependent on trade that includes the education sector and tourism sector as a whole. It offensive as both a deception and a commodification. It also shows how deeply embedded the notion of export education has become. There’s not only the disincentives to move from that because it’s become such a systemic part of funding and of NZ’s foreign exchange earnings. But when we are in negotiations internationally, NZ and Australia are the major demanders for other countries to make commitments on ‘trade’ in education services. So we are the ones who are pushing other countries to make these commitments. That in turn makes the government even less willing to retreat from the education market approach. It’s a very pernicious position NZ governments taken for many years and it needs to stop.

Question: How these mechanisms in relation to the likes of Uber and Amazon facilitate tax evasion?

Jane: There is a big international programme underway to deal with Base Erosion and Profit Shifting (BEPS), which is the more recent version of multinational companies organising themselves internationally to pay tax in the places where there is least tax liability. One of the big problems we’ve got with the new e-commerce chapters is that we are seeing tax havens and data havens in the same place. If we can’t require the data to be held inside our country, if we can’t require the company to have a presence inside the country, and if they can hold the data anywhere in the world that they want, which is also a tax haven, and if they can structure their company to avoid tax, they don’t pay tax. The more we have stuff being done digitally, especially from outside the country, the greater the revenue base of our country is eroded. At the same time, there is an increase in precarious jobs and the loss of business because our small businesses are not going to be able to post their goods on Amazon’s first page. We are going to have more fiscal demands on the state at the same time we have a dwindling tax base. If the rules in these agreements say we cannot access the data and we can’t force them to have a presence in the country, tax experts are predicting we will have really serious problems.

The second part of this question was about charter schools and FTAs. I want to be a bit less optimistic than Carrie in relation to matauranga Maori. One of the arguments we’ve had for a long time – and Ani Mikaere raised this yesterday in relation to Te Wananga o Raukawa – is that calling kaupapa Maori schools “charter schools” buys into the privatised and commodified model, rather than developing a model based on a kaupapa Maori approach to education. That is a dilemma because unless we can think differently about kaupapa Maori education it is difficult to break out from the model we have now and to say that Maori education is different from private for-profit or non-profit education.

Sandra: Give one solution each where we can make sure we are sharing knowledge and data on our terms and we are thinking outside the current paradigm, and making sure we don’t lose our power and sovereignty.

Jane: My suggestion is to join the working group on the digital issues I am hoping will come out from this hui, so we can put pressure on the government to take a position of no new commitments in relation to data and knowledge in any future agreements, similar to the position they have taken on ISDS.  And start to work on how we exit from the commitments that they have already made through some ways we might talk about later this afternoon. Thankfully there is only one binding one so far, which is the TPPA-11.