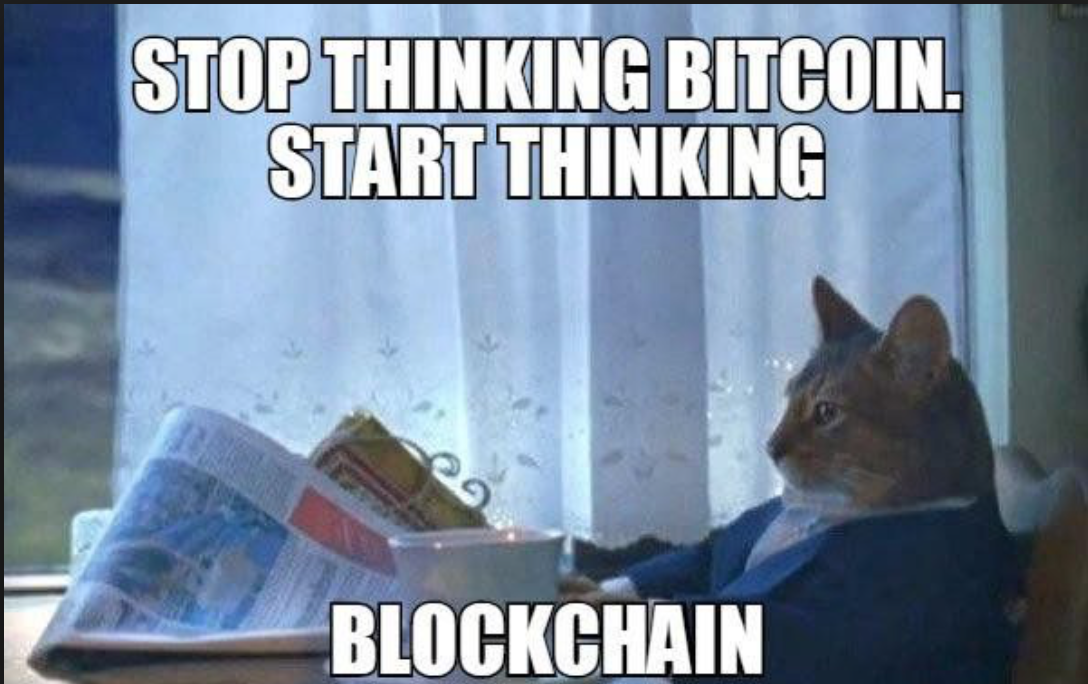 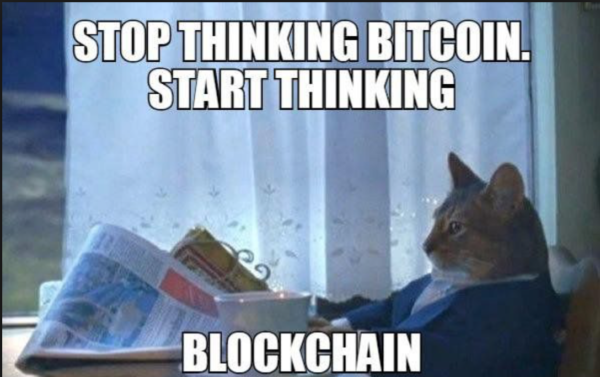 In the panel on a knowledge at the hui in October 2018 on What an Alternative and Progressive Trade Strategy for New Zealand Alex Sims, an academic at the Commercial Law Department of Auckland University, introduced the game changing impacts of blockchain.

I work in a monolithic business school. My background is law. Law is useless – people say we need more law, but people breach the law and it’s not enforced. That’s why I moved on to blockchain because we can stop people breaking the law in the first place.

One of my former areas of law research and teaching is copyright law. It just doesn’t work. Copyright is justified on the basis that it provides incentives for people to create. But in fact some of the best things that have been created recently are all open source. Similarly with patents. The economist Fritz Machlup was commissioned in the 1950s to write a report for the US Senate and said if we knew then what we know now about patents we never would have granted them in the first place. In fact, the first patents in England were specially designed so people could go over to Europe and steal all the inventions and bring them back. It has nothing to do with innovation. Intellectual property actually stifles creativity because you can’t do what you want to do. Then there’s the imbalance of power with people alleging you breached property rights when you haven’t.

The Internet was seen as one of these ways of decentralisation and democratisation. Unfortunately, that hasn’t happened. It’s almost been the reverse. Apple, Google and Facebook are far more powerful than the former institutions they were meant to break down. The likes of Sears and Roebuck, the American ones, are actually quite limited by comparison. The new corporations operating all around the world employ a fraction of the people they used to. But with open source and now blockchain, what people want to do is to hopefully change that. There was a talk before about corporations being these alien beings. People want to decentralise corporations. At the moment for example you have Uber the company, and you have these surfs, they aren’t even employees, who are making the money and Uber is running off with it.

If we could have a decentralised autonomous organisation, basically a computer programme linking people up (which is effectively what Uber is), so that everyone can be an owner. It changes the distinction between capital and labour so it’s a whole new paradigm. But the most interesting thing relating to law is how you set the governance systems up. And if you don’t set them up you will end up with almost worse than we had before.

People think that the current structure is what the future will look like. That’s not going to happen. We are undergoing incredible changes. I was at an event the other day and someone from Soul Machine, which are basically avatars that talk to people, and is already being used. She said that she get tingles down her spine when she realises what’s going to happen. I get the same with blockchain. We have no idea. We are on the cusp of radical change. Part of this is “what do we want”? We can actually force change. It’s not a matter of letting other people to do it for us. People are already making a new world, but we need to make that new world how we want it and not let others dictate.

Sandra Grey (chair): Current free trade models don’t work when it comes to knowledge. Is there something in particular we need to be looking for that is particularly broken, as that might help us find solutions around the way that we are currently seeing knowledge sharing, generation and what’s coming up, rather than what’s already been?

The other thing is that yes, we are talking about trade with goods coming in and out. Well 3-D printers, how many years away is that? A lot of the current stuff you won’t actually need because of the ability to 3-D print. And the so-called sharing economy hasn’t really been sharing because it’s been other people making money, like Uber and Airbnb. But we will be able to use resources a lot better. With 3D printers you’ll be able to break it down and recycle. I’m not sure when it is and maybe it’s this utopia, but things are different. The old rules, the physical rules, they don’t matter any more. It’s a fundamental paradigm shift.

Sandra: Give one solution each where we can make sure we are sharing knowledge and data on our terms and we are thinking outside the current paradigm, and making sure we don’t lose our power and sovereignty.

Question: What is blockchain?

Alex – The quickest thing to do is to Google Alex Sims blockchain, because on my profile page there is stuff specially for people like you who want to learn more. It’s like a parallel universe and once you see it you will say, “oh my god I never knew it existed, this is just insane”.

Question. What would it take to make personal data and blockchains a reputable way to respond to respond to service providers’ demands for data.

Alex:  It’s not the technology per se, it is about attitudes. You can have the best technology but no one adopts it. There is a current saying that data is the most valuable thing in the world so people don’t want to give it up. What can happen is, say I have all my information hashed to my phone, and if I’m a young person, who at present to buy alcohol has to give my driver’s license or passport to validate my age; the person selling alcohol can just “ask” my phone whether I am over 18 or not and get an answer. The retailers have to trust that system and want to use it.

Question. If you give people access to block chain can they pass it on?

Alex: If it is badly designed. What you can do is grant access to just one person. That’s why we need a digital identity. It can be a scary thing in the blockchain world because you can identify people if you really want. But you don’t need that digital identity for all transactions. You can just grant access for a short period of time so, even if they gave it to someone else, no one could access it. You can do whatever you want and that’s a great thing.

Question. Around blockchain and control of information. From the union side, it was our labour that we brought together in order to exercise some power. Now we talk about our data as the thing we have that is valuable. How do we realise the collective power of the ownership of that data? What are the possibilities? Does the model of unionism have some relevance for that? What’s the possibilities for the blockchain in terms of that collective power in Aotearoa and globally.

Alex: We don’t own our data at the moment. All we have a right to here is to access it so long as that doesn’t conflict with anything else. You’ve got no right to it at all. With a blockchain, if you want to create your own system then you’ll own the data. It’s weaning off systems like Uber and creating some collective space. Some people are already doing it.

Question. In this brave new world where the Internet has provided everything and is shifting so rapidly, are trade agreements relevant at all? Are we just wasting our time talking about it? Are we going to be living in a different world?

Alex: It may or may not be. There’s a transition period. In the meantime, a lot of damage can be done. You can’t just say it will happen. People thought the Internet would be a lot different from what it has been. The book Brave New World is quite scary. I don’t think we really want that.