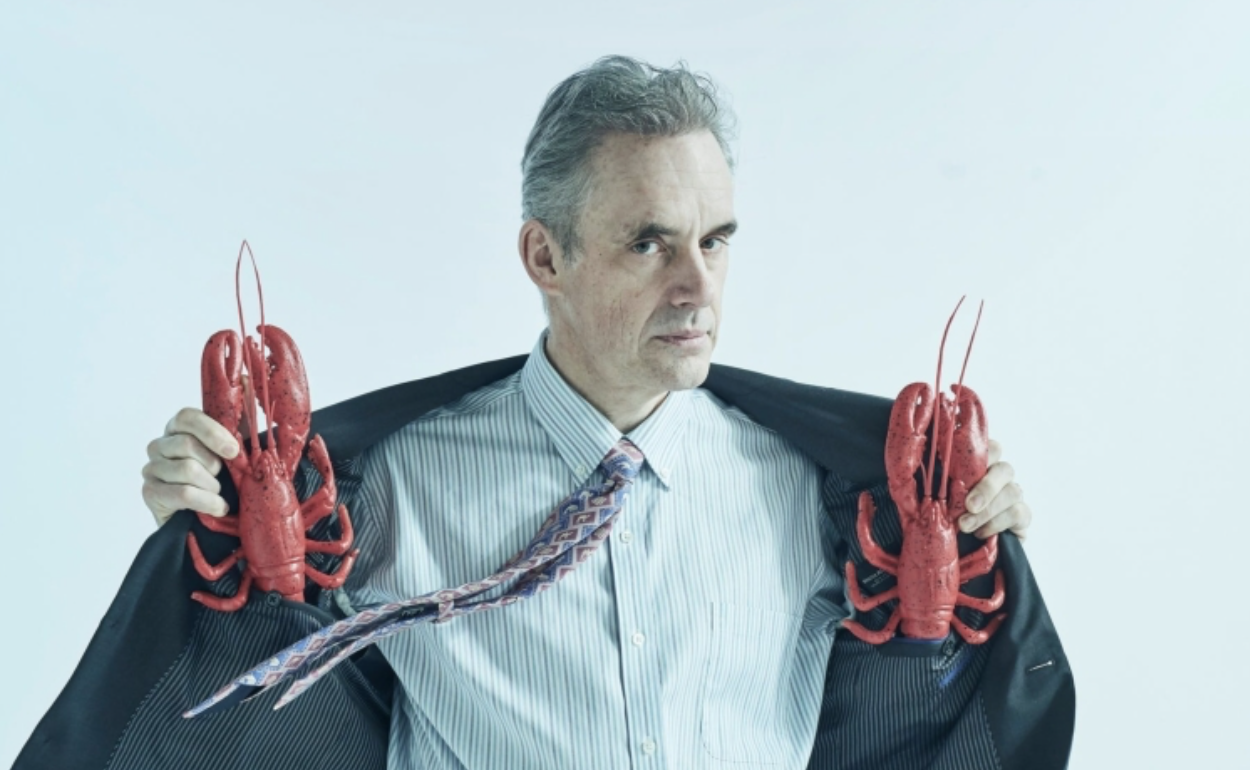 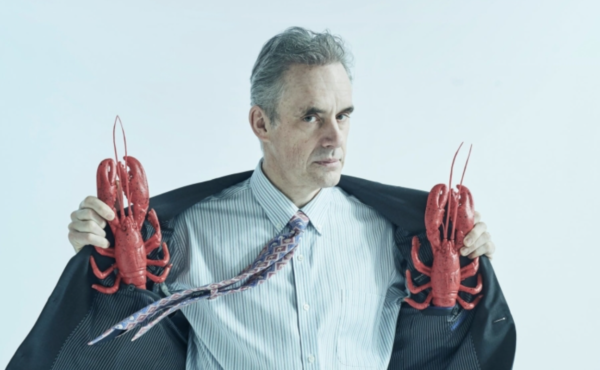 I’m not meaning just education in schools, but in media, understanding the emergence of fake news as a media warfare, awareness of the jailing and persecution of whistle blowers in America, also journalists, -their assassinations in America and around the globe.  There has arrived a great demand that we meet by pursuing education also in social media, and thus the cavernous divide of the demeaning use of the umbrella term: ‘woke left’ and the accusatory term ‘virtue signallers’, the nasty and derisive ‘do-gooders’ and the continued denigration of not just the whole concept of socialism as it might pertain to socialists, but lumping in everyone who is not far-right in order to position far-right political vantages in the ‘centre’. But also a denigration against the actual meaning of terms, the meaning of words.  And this is where I really take umbrage. Yes, you can invent new words, and yes they can catch on through media channeling, (you can invent new insignia too), but that doesn’t mean that those words are going to suddenly lose their meanings, oh no.
There is a pattern of refusal to look at specificity. The ‘snowflakes’ for example, in reading this you have a sense of the meaning of the term and you probably have a fixed sense of judgement and associated values about that, thus it’s a derogatory term.  It’s a generalized term applied to a certain group that display something that matched your fixed sense of judgement and associated values.

In 2017 we saw the farcical display of politicians who didn’t really understand the meaning of the word feminism.  I suspect that there are still many people who don’t get that this is a word with a meaning. They’re going to continue to apply it as an indictment on an individual or group of individuals.  You can always go back to that previous article to have a look at that. But now I would suggest that what we are experiencing is the great tail lash of the defiant he-dragon’s back, we can possibly call it a back-lash, (*) against feminism, because feminism and talk of patriarchy as we have all probably discovered online in forums somewhere or other, feels like an attack.  Doesn’t it? It doesn’t matter if those feminist women, and feminist men, and feminist others and feminist…. academics tell us that it’s actually not an attack against men, but yeah if you don’t understand why they’re saying that then I know, it just feels like it is.

So it does not surprise me that we are experiencing some elements of second wave or even third wave backlash against women and the left.    I’m not surprised at all to see that most would-be backlashers however don’t really know how to do the backlashing. After all it requires knowing the words, and what the words mean, and then it requires putting those words in sequences that bring rational discourse to the discussion.  It requires specificity in the use of language. I’m not being arbitrarily rude here, but as you may remember, the rise of neo-liberal economics as it affected education was a blow to the arts and the education sector. It rendered arts degrees “useless degrees” and gradually anyone who persevered at school to study classics, or fuzzy maths or Russian lit. or philosophy, would become the Gen X level of what now gets called “the loony left”.  I even observed people being batoned in the street protesting the right to be able to continue to study arts without accruing unreasonable debt, – I was so young then I remember commenting to my friend “good on them for using the fake blood” and she responded sternly “It’s not fake”.
Of course, the ‘loony left’ are also our experts, and our advisors, our teachers and our writers, but never mind about that, if we keep referring to them all as the left, the woke left, or the loony left, that will place our voice in the centre.  Which makes us appear reasonable right?

Well, not really.  The centre in politics is not a very reasonable place.  It’s more like a no-man’s land or a giant tug of war where there is just a rope suspended a metre above the ground with strips of coloured cloth tied on it.  (Yes, I know, several ropes). The centre is subversive. The centre is fake and claiming the centre has got to be one of the fakest bits of fake fake politics that anyone could wake up to.

Virtue signaling.  If you are signaling by your expression that you are intending to be virtuous, that you’d like to encourage a virtuous process even a virtuous process of communication, that can only be a good thing, virtue having the meaning quite directly of goodness.  So to accuse someone of virtue-signalling can only be perjorative if you are accusing them of being less virtuous than they say that they are. If you are only perjoratively accusing them of being virtuous that suggests that you believe being bad is of a higher value than being good.
Confusing isn’t it?

Not really, as a lecturer in drama from Yale university once said to me: “we are all true to our values according to our values”.  The difficulty is when two people or bodies of people actually don’t want to change their own value system but want the other to change theirs to fit in with them.  For those goths who are reading, it’s a kind of social vampirism, totally trending right now, and for the last few thousand years. This is why reason and being reasonable are important parts of discussion. Being able to reason is not a fixed concept about what is right or wrong, it relies on being able to ascertain the limits of your own and of other’s comprehension of an issue and take it further.  It is not about winning the debate. It is something more virtuous than that.

So that’s virtue-signaling, what else is there?  Oh yes, ‘social justice warriors’. This is self-explanatory right?  No? Well you can start by taking a closer look at social justice, social and justice, society and the judicial system, that means the law, official or unofficial laws, rule of law, what should be ok or not ok, you could put human rights into this camp.  Human rights are a good thing. (Yes yes, according to one’s values system. Or rather one’s place in a hegemony, because like a reality survivor show human rights become more important to those who are deprived of them).

It’s no wonder then is it that Jordan Peterson’s writing has been picked up by the fledgling movement of New Zealand’s nest of various alt-right collaborations as well as the stalwart groups of misogyny in the balconies.  It has that ‘it’s good to be bad’ quality of the middle class Satanist organizations, (like the Catholic church for example) and it has that father figure quality for all the men who wanted a dad, or wanted a dad that was more present or wanted a dad that could stick up for himself against mum, or wanted a dad that was able to leave the church, or tell you it’s okay to brutalize women, to hate them, to put them down, to blame them for their own lesser existences in society….   Just as possible examples. What I’m saying is that it doesn’t matter if Peterson doesn’t outright say “women are incompetent”, hang on he actually does say that, ok, so if he doesn’t come out and say something like “it’s good to be bad” …. Ah that’s maybe not a good example of something he doesn’t say, ok, hang on this is tricky, ah deal with malevolence without turning to authorities for help ah, embrace the darkness, women want to be brutalized by men…. No sorry about this, just a moment.

Ok.   So even if he doesn’t come outright and say I personally want to embrace the dark side of my religious upbringing and be allowed to hate all women as a generalization so that I can sell millions of copies of a book to disenfranchised men for whom it feels like women are attacking them and in doing so possibly influence them to act out on my subconscious desire to destroy my mother and the church because of my upbringing and all psychiatrists too, especially that one who reviewed my first book and pointed out that it was badly written and unscientific and lacking in evidence or theory to support my broad-sweeping and supernatural claims and had no place in the psychological canon, even if he doesn’t just say that outright, it will not matter to his readers if it allows them to uphold their own differing value systems and possible feel empowered to act out on them.

In the vein of practicing what I preach, I will not lump the Far right and the Alt right, and the right-wing, and all the groups who might have slightly differing values into one category and call them the radical racist sexist religious right, instead I will look a little more closely at what groups are interested to have this man speak for them in a voice that makes them feel loved and provides a pseudo-intellect that they are lacking in themselves because they have grown up in a generation in which literature and learning and the artforms of speaking and cognitive processing and a process of personal development and critical thinking have been dismantled or at the least mocked and jeered at.

And I have learned a lot over the course of the year, so I am well aware of the groundswell of support online for this man, and I have not yet seen one supporter of him who can actually begin to articulate any of the purported use of this man’s writing to make society a better place.

(*) Well what do you know it’s the title of Susan Faludi’s book published in 92 that deals with a wave of anti-feminist literature media and voice in response to the 1970’s surge of emancipation and social change of the 70’s.  She describes it: “The undeclared war against women”. I guess that was pretty much the eighties. Not so long ago really.