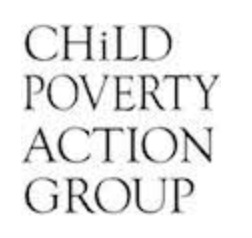 Child Poverty Action Group (CPAG) believes that National’s attempt to thwart Finance and Expenditure Select Committee submission hearings on the Budget Policy Statement last week has serious implications for the democratic process.
“On this particular occasion, representation for children, people affected by disability, and those facing disadvantage was denied,” says Associate Professor Susan St John, CPAG’s Economics Spokesperson.
“There are all too few opportunities to give a voice to those who may be unable to directly convey concerns about serious matters that affect their lives.”
Dr St John says that while CPAG was presenting on many of the same issues that have been brought to the Select Committee in the past, this year was important because there are new opportunities for being listened to now that the Government is committed to a Wellbeing Budget and the priority of reducing child poverty.
“CPAG would like the Government to honour its commitment to the well-being of the worst-off children with policies that go well beyond recent lifts to family incomes through changes to Working for Families (WFF) and Accommodation Supplement increases.
CPAG says investing in children’s well-being requires more substantive and enduring changes than have been implemented to date. These changes must be timely, and families should not have to wait a long time as they did with the overdue Families Package.
“Lifting the income of those on core benefits by around 30%, including the adding of the child tax credits together so that the worst off get an extra $72.50 a week should be an immediate response to unacceptable levels of family poverty,” says St John.
The harmful 5% cumulative inflation rule still applies to WFF. This disadvantages low-income families in times of low inflation and has no justification except as a cost-saving measure. Treasury’s forecasts for inflation indicate that there won’t be another adjustment until April 2022.
“As well, the recent increase to abatement rates for WFF have reduced the chances that a low-income family in paid work, who earns a bit more, has to get ahead,” says St John.
“A family may find earning over the new threshold of $42700 for WFF may not be worthwhile after tax and abatements, especially if they are also getting the Accommodation Supplement. They could lose 67.50% of those extra earnings. If they are repaying a student loan this could be nearly 80%. Once their income is over $48,000 they may lose 92% of extra income because of the higher tax rate. For example, an extra $5000 might mean they are only $400 better off at the end of the year after working harder to get ahead.
“It is simply false economics.”
CPAG is says the decision to continue contributions to the NZ Super fund when poverty for children is so far from being solved is also highly questionable.
“Many of working age are paying the taxes both for NZ Super today and for their own NZ Super later – if they are lucky to live that long. It is more prudent for an ageing population to invest in the wellbeing of the young today.”
To read CPAG’s full submission to the Finance and Expenditure Committee on the Budget Policy Statement 2019, download it here.