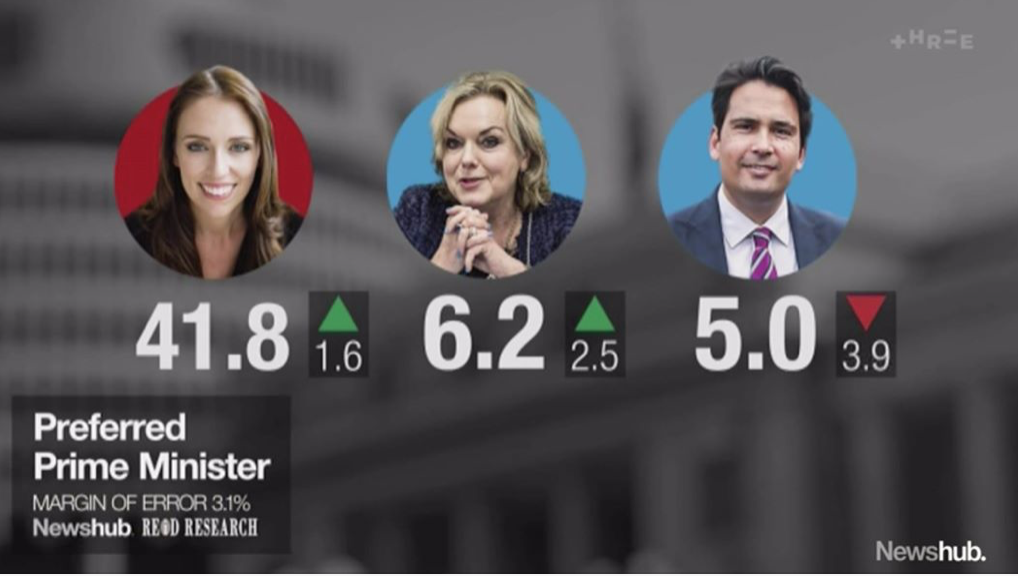 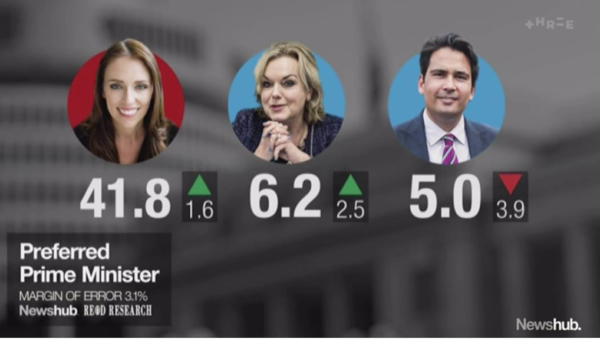 So far Bridges is distinguished by his record low popularity and ability to train wreck his own party to boot.

Judith may think she is playing the long game too but as they say in the famous Aussie Film “The Castle” – tell her she’s dreaming.

Most of the National party will not allow her to get her hands on power and the overall electorate don’t trust her nor like her.

Simon has been relentless in his denial about his own failings and this trait should frighten the pants off everyone.

Simon cannot stand too much scrutiny, and when the public get a glimpse of how he really operates under the charade he presents – they are gob smacked.

Don’t forget this man is under a police investigation regarding his part in election donations and we have not yet heard a word from the police about those matters.

Under pressure Simon has run away to get his story straight first, which is what you have to do, if you are liar or out of touch with all the facts you should know.

On several occasions the “Prime Minister in waiting” has fled the press and ran under a rock to hide when the heat was on.

All sins are forgiven by his partisan, ever hopeful supporters who will vote for any old monkey driving the blue bus.

Yet the majority of the voting public are increasingly becoming away of the dishonesty of this man.

His ridiculous claims did not stand up to the facts.

Time and time again – he said things that were factually incorrect.

Think petrol prices and how it is all about tax when it is really more about our exchange rate and the price of crude oil.

Think business confidence and how it will kill our economy when in fact it’s just a reflection of National getting over the election.

Think industrial action and how it only just happened when it’s roots are in years of being underpaid or contract cycles.

Think fossil fuels and a just transition and how much was made about consultation versus seeing that not one job has been lost and there’s ten years before we stop drilling.

All topics Simon Bridges has deliberately told half truths about – trying to pin responsibility on the Coalition and it’s policies.

This opposition for opposition’s sake, flies in the face of the longer term solutions this country really needs.

It harms New Zealand and the majority can see that.

Shouting slogans and half truths just galvanises the majority to keep the harmful pretender from the throne.

The fear that such a person might wield power doubles the effort to resist the manipulations of National.

There’s a strong resistance to dropping the standard so far down from the heights of international acclaim to the pits of dishonesty and cronyism.

It’s a disgrace that over 40% of New Zealanders are so entrenched in their ideologies and misinformed by a dysfunctional fourth estate that they are impervious to facts and reason.

So we are polarised but never more passionately so than now.

Most kiwis have not forgotten Simon Bridges and Paula Bennett and Judith Collins and what they did to New Zealand during those nine long years.

The $120 Million meth testing scam that evidicted hundreds of kiwis onto the street, the underspending on hospitals, the spilt milk at Oravida, the Panama Papers, the dirty dirty politics, the facilitation of record OECD homelessness, the extinction of 75% of New Zealand’s fresh water fish, the sealing up of Pike River Mine, the backs turned upon Waitangi, the Housing Crisis that accelerated house price inflation – something they all denied and a host of other transgressions against our citizens.

These people are not fit to govern.

This stuff cuts deep into the hearts and minds of the majority so no matter how much smoke they blow up the ass of the “Prime Minsiter in waiting” that is NOT going to happen on our watch!!!