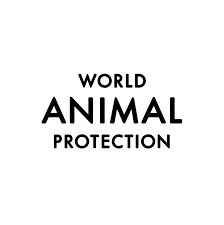 Calling time on Industry and New Zealand Government’s lack of protection on Māui and Hector’s dolphins.

This week, Sea Shepherd petitioned the US Government calling on them to exercise their powers to ban New Zealand fish imports that fail to meet US by-catch standards.

World Animal Protection says the New Zealand Government should realise it’s a pariah among global environmental organisations and the marine mammal scientific community, for its failure to protect Māui / Hector’s dolphins by protecting the fishing industry instead.

Christine Rose, Campaign Advisor for World Animal Protection says the Seafood industry downplays its role in the decimation of the world’s smallest dolphin.

“Seafood NZ has just been reported as saying that ‘no dolphins have been caught in the small area of Māui habitat where there are observers on fishing vessels’. But observers were present most, in areas where dolphin numbers are lowest” says Ms Rose.

“Government and industry have repeatedly delayed the installation of cameras and other tools that would properly quantify by-catch. There are undoubtedly fewer reported sightings than there are dolphins dead as by-catch. But absence of evidence because of a failure to install monitoring tools is not evidence of absence of dolphin deaths. Just because there have been no reported North Island Māui reported dead, doesn’t mean none were caught. Meanwhile, areas with relatively more dolphins have less protection, and virtually no observers! And despite the information deficit, we do know in 2018 five Hector’s dolphins were killed in a single net”.

“Industry spokespeople repeatedly use smoke and mirrors to claim fishing isn’t killing Māui and Hector’s dolphins. Just like their arguments against cameras on fishing vessels here – even though cameras on fishing boats are used successfully in many countries of the world including South Australia, Peru, Mexico, Indonesia and Denmark. Generally when there are higher levels of observer coverage, there are more dolphins reported caught. Camera trials out of Timaru proved unreported, dumped, dolphin kill”, continues Ms Rose.

New Zealand is increasingly exposed to international political and economic risk over its failure to properly manage by-catch effects on Māui and Hector’s, among the world’s rarest dolphins.

The International Whaling Commission and the International Society of Marine Mammology have repeatedly resolved that New Zealand needs to protect Māui and Hector’s in waters to 100m deep to prevent human made extinction of the species. Many other international and national environmental groups and scientists are unified in urging the removal of set and trawl nets from the entire Māui and Hector’s habitat, out to 100m, in harbours and in the areas between populations where the dolphins are found.

Ms Rose explains: “It’s not that Sea Shepherd stand alone in calling for an end to Māui (and Hector’s) dolphin by-catch. The US National Oceanic and Atmospheric Administration now requires countries exporting seafood to the United States to demonstrate that their fisheries comply with the U.S. Marine Mammal Protection Act (MMPA). The vaquita case, Sea Shepherd cite, is an important precedent where sanctions were applied to seafood imports to the US when standards were not met. The terrible slide to extinction of vaquita is another precedent that NZ should avoid”.

“As a global, science-led NGO World Animal Protection is calling time on the Fishing Industry and the New Zealand Government labelling science and evidence-based groups both here and internationally ‘activists’. The protection of the world’s smallest dolphins and New Zealand’s reputation for protecting them, not neglecting them, needs to start now”, concludes Mrs Rose.