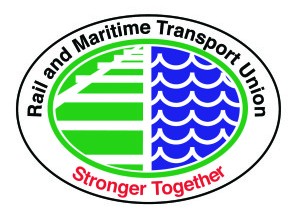 Members of the Rail & Maritime Transport Union are in bargaining with French multi-national Transdev, contracted by Auckland Transport to run the city’s passenger train service.

“Transdev and Auckland Transport refuse to consider our point of view, it’s like they have tunnel vision,” says RMTU organiser Rudd Hughes.

“We live in one of the most expensive cities in the world and work hard to provide an essential public service, so a fair pay increase isn’t too much to ask.”

Workers say they are surprised by the company’s heavy handed approach, despite limiting claims to a modest 3% for the first year, followed by a 1.5% increase for the following six months.

Faced with increasing pressure to spend weekends away from their family, train drivers have also requested an hourly allowance to work unsociable hours.

The French company reports global revenue of $11 billion NZ, with a 15% increase in profits on the previous year.

Transdev Auckland has enthusiastically done its part to keep these profits on track, paying out an 8.5% dividend to overseas shareholders in Transdev Australasia.

“It didn’t seem to bother them when they were transferring public money into offshore bank accounts.”

The 2018 pay agreement between the RMTU and KiwiRail was successfully negotiated in a matter of hours, with some workers receiving pay rises of over 6.9%.

The union says it is disappointed Transdev have not yet come to the bargaining table with a similarly constructive attitude.

With Auckland petrol prices up by 17% in 2018 and polls indicating 70% of working people feel their incomes have not kept up with the cost of living, RMTU members are determined to stick together and ensure none fall behind.

“Our members don’t want to strike, but the company has left them no other choice than to consider it,” says Mr Hughes.

“Unfortunately it seems Transdev care more about their profits than they do about the travelling public.”