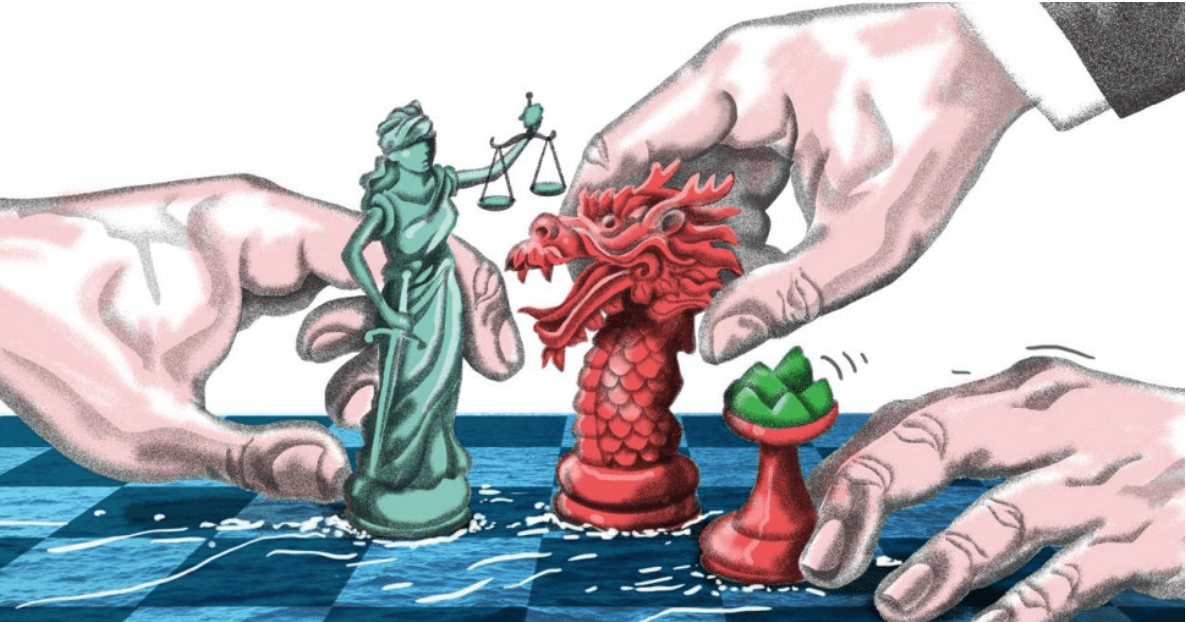 Reported in the NZ Herald today (10 February 2019), this curious incident;

Shortly after 11.30am this morning, Hundman was sent a txt from Air NZ saying “As you were advised onboard, the aircraft operating your flight did not have regulatory approval to land in China and was required to return to Auckland.”

An Air NZ spokeswoman was not immediately able to say why the flight could not gain permission to land. The airline is waiting on an update from its operations team.

“I would be stunned if Air NZ had allowed a plane full of passengers to take off without being quite sure they would be able to land it in Shanghai,” Hundman says.

“They are telling us it has been ‘rescheduled’ to depart tonight at 11pm – though I tried to check in before leaving the airport and they told me the new flight hadn’t been set up yet.”

Reparations offered so far has been meagre, Hundman says.

“We were given hotel vouchers for the Crowne Plaza, $30 of meal vouchers for use at the airport, and taxi vouchers. There’s been no compensation offered for time lost or hassle Hundman says.

He says passengers were woken up by the pilot with the turnaround announcement four or five hours into the flight. He was one of a handful travelling business class, so could only gauge the reaction of a handful of passengers around him, but he says all were shocked.

“I would be stunned if Air NZ had allowed a plane full of passengers to take off without being quite sure they would be able to land it in Shanghai.”

There appears to be no rationale for the Air New Zealand flight to have been aborted. There was no mention made of any technical or mechanical problems. Instead, the reason given was “regulatory approval to land in China“.

Air New Zealand has been flying to Shanghai since June 2006.  It seems strange that, thirteen years later, there would be a problem with one of our aircraft having “landing permission” problems.

The incident comes barely two and a half months after the GCSB advised the  Coalition Government to block Chinese company Huawei from contracting to build New Zealand’s 5G Network. Unspecified “security risks” were cited by Minister Andrew Little, but no reasons were made public. The reasons were “classified”.

Four days prior to the government announcement banning Huawei, the US government had put pressure on it’s allies (including New Zealand)  not to do business with the Chinese company;

The US government has initiated an extraordinary outreach campaign to foreign allies, trying to persuade wireless and internet providers in these countries to avoid telecommunications equipment from Chinese company Huawei, according to a Wall Street Journal report.

A month later, on 6 December last year, it was reported that the Chinese state media was threatening a backlash over the Coalition government’s decision to ban Huawei;

Chinese state media warns there will be a backlash to New Zealand after the controversial decision to block Huawei equipment in the planned 5G mobile network.

Officials and experts have told Chinese tabloid Global Times that the ban will “only hurt [New Zealand’s] industry and consumers”.

“New Zealand has taken this action just after the US reportedly asked its allies to say ‘no’ to Huawei equipment. It’s following the US’ lead on this matter, but it will only end up hurting itself,” he said.

It would not be the first time that inexplicable “problems with paperwork” had impacted on New Zealand commerce with China.

In May 2013, New Zealand there appeared brief reports that New Zealand exports to China had been held up at at a Chinese port;

New Zealand’s beef and lamb is still being blocked from entering China.

The meat industry says it’s a huge concern and is already costing a lot of money.

The issue was revealed on 3 News last night and it’s understood the problem arose because Chinese authorities weren’t informed of the name change of a New Zealand government ministry.

The meat is not allowed into the country and hasn’t been now for nearly a week.

The problem was again described officially as  “incorrect paperwork”;

The problem is believed to have arisen after the Ministry of Agriculture and Fisheries recently became the Ministry of Primary Industries and Chinese border controls aren’t recognising the new names and logos on the export certificates.

“We’ve got MFAT officials and MPI officials working around the clock to resolve this,” says Minister for Food Safety Nikki Kaye. “We’ve been providing technical documentation through to Chinese authorities and we remain confident that this will be resolved in the near future.”

It prompted this blogpost;

As pointed out in my blogpost at the time, New Zealand was in the process of conducting a Free Trade Agreement negotiation with Taiwan. Beijing claims sovereign jurisdiction over Taiwan, describing it as a “renegade province”.

Negotiating a separate FTA with Taiwan  would have been viewed with alarm by the Beijing government which insists on a “One China” policy that includes Taiwan. According to Xinhua News Agency – the official state-run press agency of the People’s Republic of China – Beijing’s position on Taiwan was non-negotiable;

Chinese State Councilor and Foreign Minister Wang Yi said here on Wednesday that Washington should abide by its commitment to the one-China policy.

Wang made the remarks while speaking at a press conference with U.S. Secretary of State Mike Pompeo after their meeting.

He made a stopover in Washington D.C. on his way back from Argentina on Wednesday.

China has already threatened the US should Trump abandon the decades-old One China policy;

State-run Chinese tabloid Global Times warned US President-elect Donald Trump that China would “take revenge” if he reneged on the one-China policy, only hours after Taiwan’s president made a controversial stopover in Houston.

Taiwan President Tsai Ing-wen met senior US Republican lawmakers during her stopover in Houston on Sunday en route to Central America, where she will visit Honduras, Nicaragua, Guatemala and El Salvador. Tsai will stop in San Francisco on 13 January, her way back to Taiwan.

China had asked the United States not to allow Tsai to enter or have formal government meetings under the one China policy.

So when Beijing got wind that the Key-led National government was conducting negotiations directly with Taipei, as if it were a sovereign government, it seems utterly feasible that Beijing flexed it’s economic muscle to warn New Zealand that it was treading on dangerous ground.

The stalling of exports at a Chinese port was a message sent to the Key government: don’t mess with China over the Taiwan issue – your trade will be at risk.

Fast- forward six years and it is again feasible that Beijing has sent a “stern message” to the New Zealand government over our caving to Washington over Huawei.

This incident may have been a covert reminder to New Zealand that in choosing to side with the American Empire, we have put our trade with the planet’s second largest economy at risk.

If so, it may be to our peril. If there is a second global financial crisis looming, and if China abrogates our FTA with that country, we may end up regretting taking sides in the current US-China rivalry.

Mice tend to get trampled underfoot when elephants are rampaging for supremacy.

Taiwan FTA – Confirmation by TVNZ of China pressuring the Beehive?