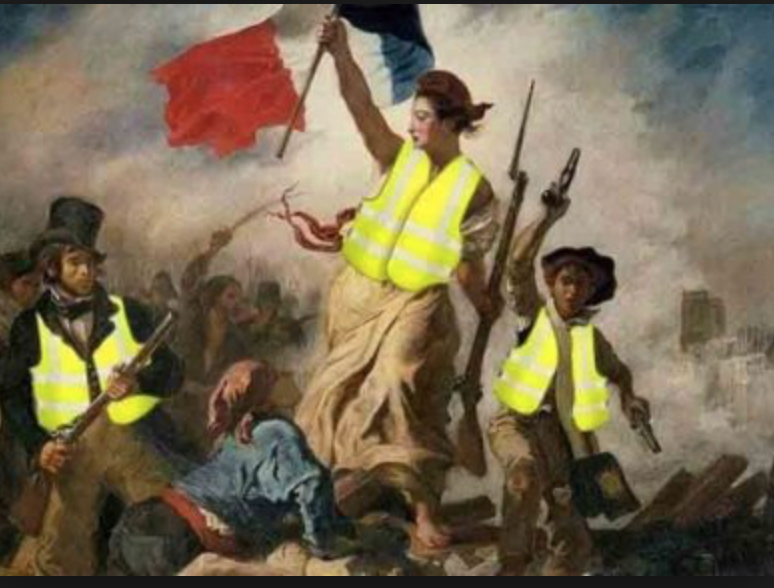 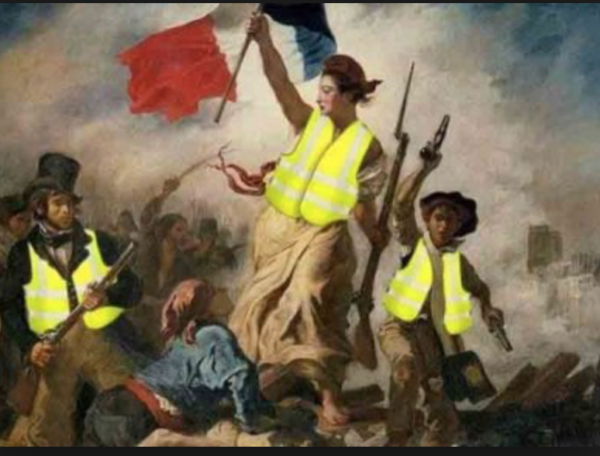 No-one can be ignorant of the rapid rise of these two movements. But few will recognise in their spontaneous eruption why they are the beginnings of a social revolution against capital.

Yellow Vests demands are not obviously revolutionary, calling for the end of the Macron government is the stuff of rebellion but not quite revolution which implies the overturn of a ruling class by an exploited class. Yet the emergence of a counter-movement in France, ‘red scarves’ arises only because it is opposed to a YV revolution.

Similarly, the largely millennial-led Extinction Rebellion is more clearly political at the outset. It calls out the world’s political leaders for not seriously combatting the climate emergency. Its demands are much closer to the bone. Avoiding extinction means replacing defunct leaders with leaders who will act to decarbonise the global economy.

While both begin with appeals to, or demands on, the existing leadership, these are demands that cannot be met by capitalism in its current state of economic decline and climate emergency by any conventional political leadership committed to reforming capitalism. This includes parties of left, right and centre. Jacinda Ardern’s ‘kindness’ doesn’t wash with capital’s brutality . All are hostages to the bourgeois state dedicated to the defence of profit and private property.

To achieve their stated objectives, both social movements must be transformed by experience, struggle, debates and splits to create revolutionary movements to end capitalism and form new  Paris Communes today. As the struggle develops the revolutionary elements of working class, women, migrant workers and youth will fuse into one single movement. The new Red.

Why am I confident in this outcome? It is not an article of faith but one based on rational, scientific analysis of both nature and society. As individuals we are not the product of our ‘free choice’ in the global market where, as the postmodernists have it, we can each chose to be anybody or anything, since no truth is greater than our personal truth. Experience today refutes this myth even for the super-rich.

Such a delusory ‘freedom’ is the product of structural superstition manufactured by capitalism as it transform nature into commodities. We cannot blame anyone for such system-induced ignorance unless they are ‘useful idiots’ who get paid to suppress our collective truth at our expense. Some are more culpable than others. But we are all the sum total of the social forces that determine our fate, and we can only break free of that assigned fate by rebelling and then revolting against it.

Fortunately, we don’t have to start from scratch since we have a science, Marxism, that explains how we are reproduced as subjects in capitalist society and how we can overcome ignorance and superstition with class consciousness. While we may be the product of large external physical and social forces, they are not unknown to science and science can help us rebel and revolt against them.

Both YV and ER movements are caught up in those forces that can be understood as a class struggle between Nature and Society. Nature is the sum of those forces that can be harnessed in order for society to produce what it needs. Society is the sum of social relations which organise production and consumption etc. But instead of nature/society being a harmonious, cooperative and communal relationship, the capitalist organisation of society into opposed classes turns it into a contradiction between labour and capital over who benefits from social production, and ultimately which class controls our collective fate.

YV and ER are both spontaneous acts against system-induced ignorance that begin by asking polite questions of the existing capitalist state as to why inequality exists and why climate emergency is not a call to action. These are existential questions about who should pay for the global economic crisis and who should pay for de-carbonising the climate.

Already this spontaneity is producing new knowledge.  Polite protests are met with state violence, efforts to sidetrack and submit to phoney democracy, union bureaucracy, political insults and media propaganda. None of that will stop the next set of questions being asked by the most radical of rebels. It only spurs the movement on to more actions that go deeper into the subject. If you won’t act in our interests what is stopping us?

At this point the rebels are looking for solutions to this nature/society contradiction for which there are no apparent meaningful answers. Fascism is no answer given its nature and history. Socialism is tainted by anti-communist propaganda. Social Democracy cannot hide its historic betrayals of past social movements. So, in one sense, today we are back to the period a century ago when workers rebelled against war and set in motion the first socialist revolutions in Europe.

These rebellions against war led to a number of almost-revolutions – armed mutinies and seizures of power. But they were all-but-one isolated and suppressed by class enemies who posed as friends promising reforms to make capitalism more worker friendly.  So where to look for the answer? The February ‘rebellion’ of the 20,000 women textile workers in St Petersburg would have ended in betrayal had it not been for the existence of a Marxist, Bolshevik Party. Even that party was caught unawares in February, but it managed to catch-up by October because it understood the big forces that were in play.

In the period between February and October it was the leadership of a Marxist party that enabled the masses to unite behind the program for “all power to the soviets of soldiers, workers and peasants” and to transform a mass rebellion into a revolution.  This was only possible because the party had a program based on Marxism. The explosive contradiction between nature and society had burst out as imperialist war as the ruling class destroyed nature, industry and workers to ensure the survival of the profit system.

To overcome this contradiction, it was necessary to avoid all the traps that suppressed the class struggle as compromises in the interests of the capitalist class. Only by means of a social rebellion turned into social revolution could workers and poor peasants organised as armed militias remove and replace the capitalist ruling class.

For YV and ER to fuse into a new Red, it will be necessary to remove the systemic barriers to Marxism as the science of social change and to use it to guide the present struggles to turn global rebellions into a world revolution. For humanity to survive, capitalism must die and make way for socialism.