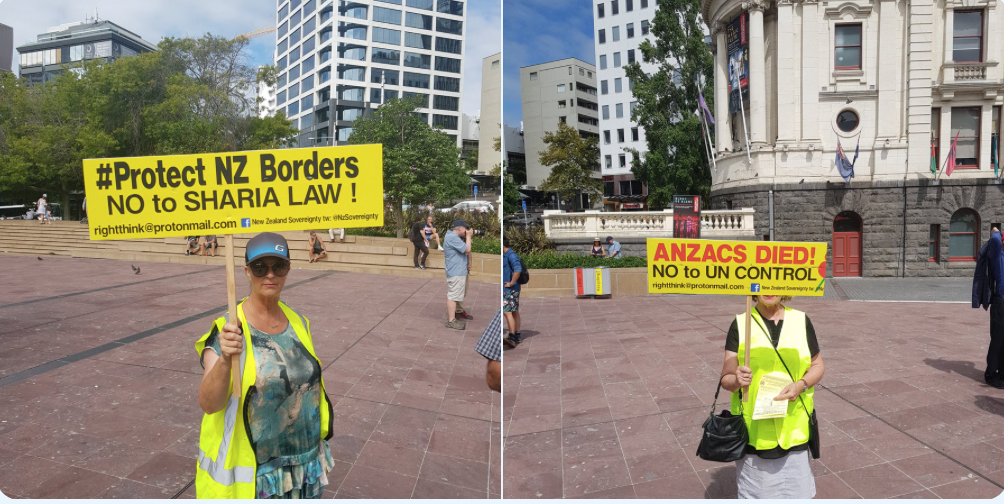 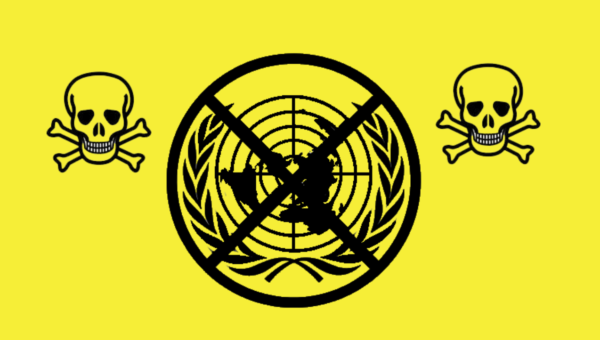 The Alt Right anti UN rallies held today in Auckland, Wellington and Christchurch have been a failure.

Not so much a populist movement as it is a barely moving bias. Less reactionary, more stationary.

A picture normally says a thousand words, this one says less than 2 dozen… 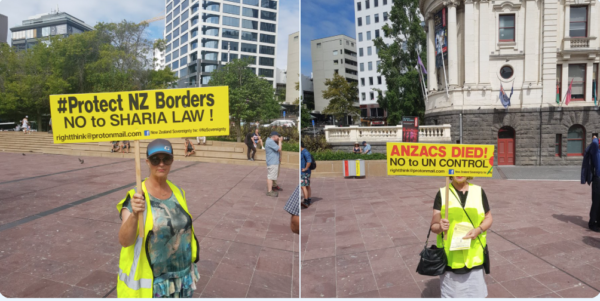 …ummmm. I get the feeling the person on the left has no actual understanding of Sharia law, and I’m guessing the one on the right isn’t much of a student of history as they seem to be claiming ANZAC soldiers were killed by the UN?

I’m not really sure what the fuck is going on here.

Today was the anti UN arm of the Alt right, next week we see the politically confused Yellow Vests stage their protest outside TVNZ.

I’m not sure without a charismatic leader the Alt Right have much of a future if this is the best they can muster. NZers are too laid back about politics to rally around this kind of active bigotry, Kiwis prefer their bigotry to be casual, as in just voting National once every 3 years, anything requiring more effort than that is just a bit of a hassle.

We like to burn books around the BBQ, not during highly choreographed night rallies. 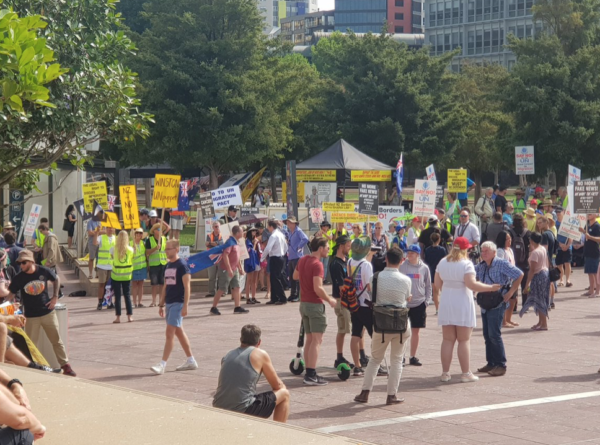