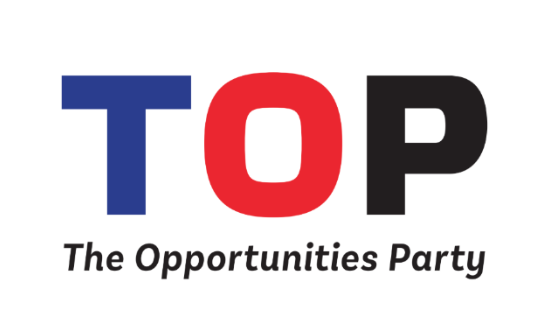 The Opportunities Party is committed to doing what works for the long term good of Aotearoa New Zealand. Giving young people opportunities means we need an economy, environment and society that are sustainably run.

Everyone can see that is not the case right now.

The concept of a blue green party – one that is willing to work with either Labour or National and bargain with both on behalf of the environment – is a sound one. We welcome any party that genuinely shares that goal.

Of course, the risk with any new party is that they are just as tied to the National Party as the current Green Party is to Labour. So, the question is whether they truly represent the environment or are simply a Trojan horse to get National back into power. Time will tell on that front.

One could argue that with our strong business and environmental credentials The Opportunities Party already is in that blue-green space. The Maori Party recently announced a renewed focus on the environment and arguably could say the same thing. But competition of ideas is good for democracy, and ultimately, we all want what is best for the country.

The new blue green party will live or die on policy. We have seen many small parties with big ideas, but they have failed to make a dent in Labour and National’s tinkering at the edges approach. This is because they either don’t have the bargaining power (look no further than the Green Party and ACT) or because they have had no real policy to speak of (NZ First, and at times the Maori Party).

The Opportunities Party already has a detailed environmental policy ready to implement (without more working groups) that will reward sustainable businesses and make polluters pay to clean up the mess that they make. We welcome any new party that wants to draw on our policy or thinks they can do better.

The new party and their leader to be Vernon Tava (ex-Green Party and National Party) looks to have stumbled at the first hurdle on that front. Water quality is certainly a challenge confronting our economy and environment, but enforcement is not the only issue here.

The bottom lines left in place by the National Party are killing our rivers and could even be killing us.