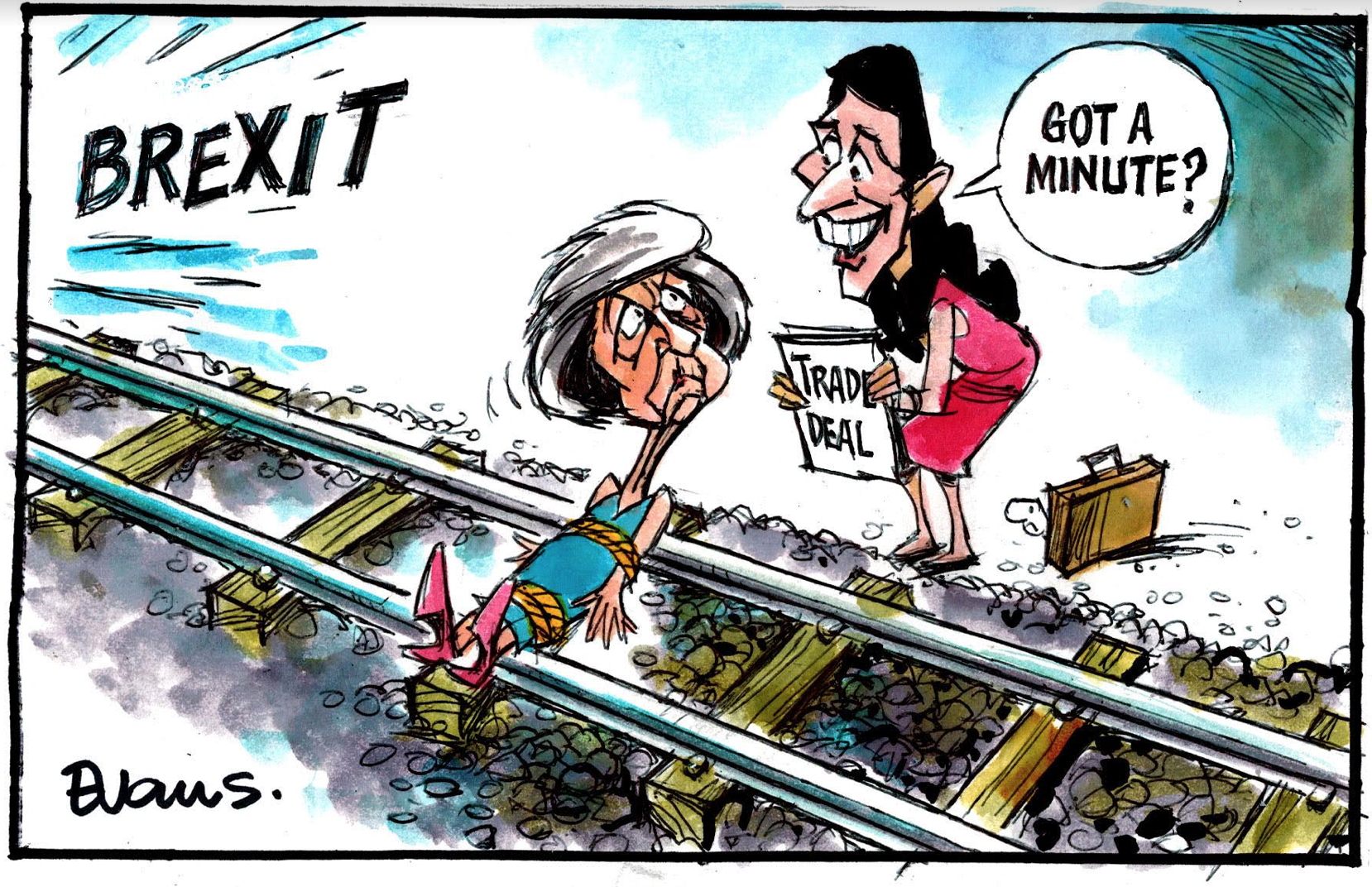 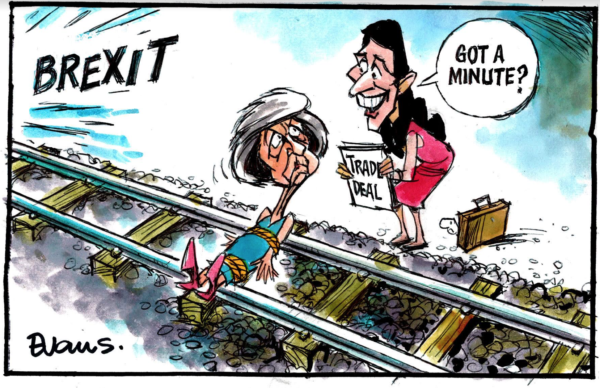 In the past week Prime Minister Jacinda Ardern has been a cheerleader for free trade negotiations with the United Kingdom and European Union, aiming the finish the EU one within the year.

Last Friday at the elite World Economic Forum, New Zealand signed up to a statement of intent by a breakaway group of around 70 countries to launch negotiations on electronic commerce in the World Trade Organization. That’s despite the refusal of the last WTO ministerial conference to mandate those negotiations a year ago.

Last week, trade minister David Parker was in Tokyo for the first meeting of the “CPTPP Commission” – the seven governments who have so far ratified the reborn Trans-Pacific Partnership Agreement, enabling it to come into force on 30 December 2018.

In other words, it’s business as usual for the Labour-led government, and the juggernaut of these mega-agreements keeps rolling on.

So, what’s happened to David Parker’s ‘Trade for All’ initiative to devise a more inclusive and progressive trade strategy for New Zealand? Cabinet approved the establishment of an advisory board back in June 2018. But the board didn’t meet until mid-December, and the low-key announcement of its 23 members came a week later. They will meet again shortly to develop a work plan!

The board has an unenviable task, especially as most of its members have very limited expertise on what free trade and investment agreements actually do and say, especially in areas like intellectual property, financial services, e-commerce, foreign investment or government procurement. It appears to have no independent research capacity, but will be serviced by the Ministry of Foreign Affairs and Trade!  MFAT’s own contribution to ‘Trade for All’ to date was a ‘consultation’ where it peddled the same old justifications for what it has done for the past thirty years.

Clearly the impetus for genuine reform can’t be left to the government and self-interested trade bureaucrats, and a board that has limited knowledge and resources and no power.

Last October, a number of unions and NGOs co-convened a conference on “what an alternative and progressive trade strategy should look like”. Some of the sponsors are involved in the trade advisory board process; others are more sceptical. The shared goal was to provide a catalyst for genuine change in how New Zealand approaches the international trade and investment regime. The hui itself was live-streamed and the transcripts, videos and followup are on a new website www.JusTrade.nz

Starting from tomorrow, transcripts of the various inputs will be posted on Daily Blog. Over the next six weeks, you can read contributions from the wide range of speakers across the ten panels: the macro-picture, an internationalised economy, livelihoods, Tiriti-based relationships, a sustainable world, health, knowledge, rights and protections, development responsibilities and reinvigorating the local.

We hope that this steady feed of ideas about the challenges we face and the alternatives we need, coming from many different voices and experiences, will stimulate you to re-engage the debate on where we should be heading as a nation and what you want our international relationships and agreements to do to help us get there. That includes your ideas of how to influence the government to put its current negotiations on ice until there has been a genuinely progressive rethink of our international trade strategy, as Labour promised us at the last election.