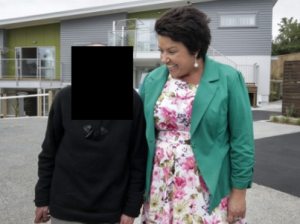 Paula Bennett will do to the cannabis debate what she did for the state housing meth hysteria.

So National’s response to the need for a rational debate on cannabis reform is appointing the woman who helped create the state house meth hysteria that needlessly cost the country $120million and threw thousands of beneficiaries onto the street.

Paula Bennett, who exposed beneficiary details when they criticised her.

By selecting Paula Bennett as their spokesperson on cannabis, National have clearly singled they have no wish to seriously debate the issue and are simply going to do everything in their power to degrade it into the prehistoric fear mongering debate of yesteryear.

When Paula Bennett is your answer, the question is worthless.