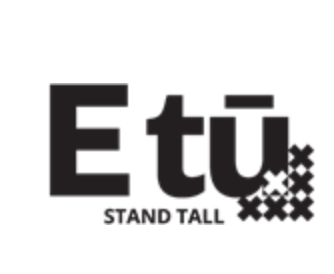 Workers employed by MFL Ltd (formerly Masport Foundry) in Auckland returned from their holiday this week to find they had no jobs, no wages, and no holiday pay.

They were sent on their annual Christmas shut-down early and were told that they would be returning to work on 7 January. However, MFL Ltd went into receivership on 18 December.

About 90 workers with specialised skills are now going into 2019 without secure employment.

Pati Pele, who has worked at the foundry for nearly 30 years, is “pretty bummed out” that the company has treated their loyal workers like this.

“We committed our loyalty to this company. To be sent on holiday without knowing this was going to happen, and in fact being told we would be back to work this month, made this a big shock and really upsetting, especially at this time of year,” Pati says.

Debashish Mukherjee shares that sentiment. “I am absolutely gutted by what has happened and that there was no inkling that this was coming,” he says.

“This has been very hard for me and my family as we are basically out of money. As a 62-year-old, I am worried that I may not be able to find work as a skilled machine operator.”

Matthew Mateariki, a maintenance fitter who did his apprenticeship with the company and has worked there for 17 years, worries about his colleagues’ job prospects.

“I’m feeling lucky as I have a trade, but I’m gutted for my workmates as they are skilled foundrymen whose specialised skills may now be redundant,” he says.

“I am absolutely disgusted at the way me and my fellow workers, most of who have been there for a long time, were treated.”

Ahlene McKee, E tū’s Northern Region Director of Organising, says that the union is doing everything possible to get the workers through this difficult period.

“We’re helping the workers file claims with the receiver, prepare CVs, and we’ve brought in WINZ consultants to explain what entitlements the workers may be able to get,” Ahlene says.

“Some companies have already been in touch offering jobs to these workers, which is encouraging. However, there are a lot more jobs needed – and fast.

“These are hardworking and skilled machine operators, fitters, fettlers, electricians, patternmakers, furnace operators, gantry crane operators, and dispatch workers. We hope that more employers out there will come forward with job offers.

“Anyone can see that these workers have been treated appallingly and deserve a fair go.”