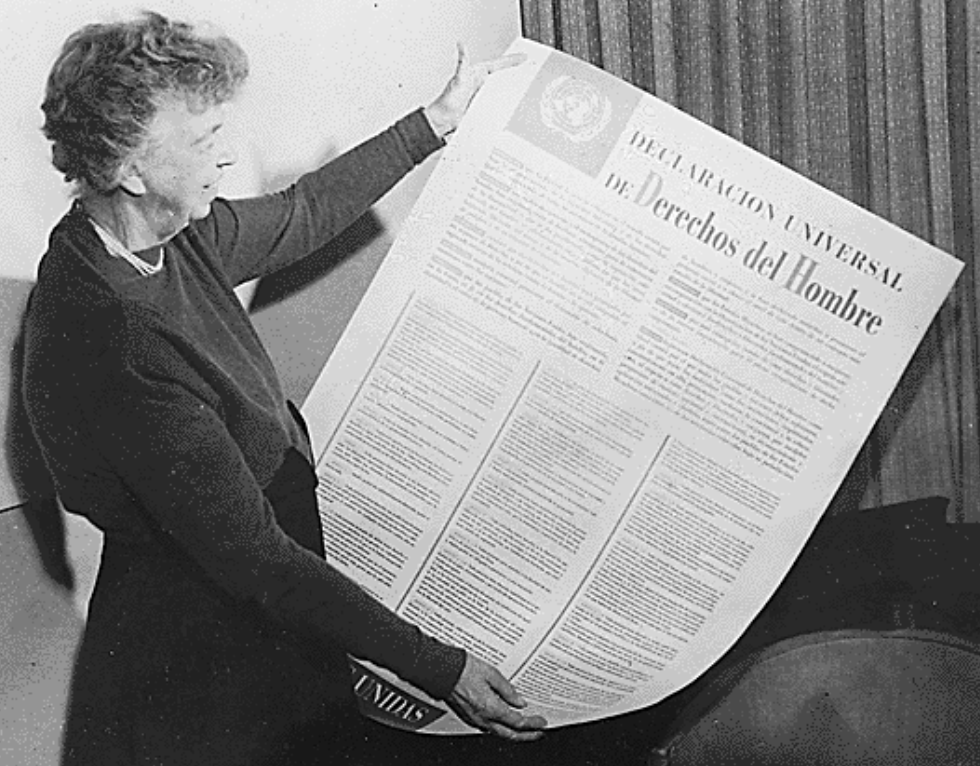 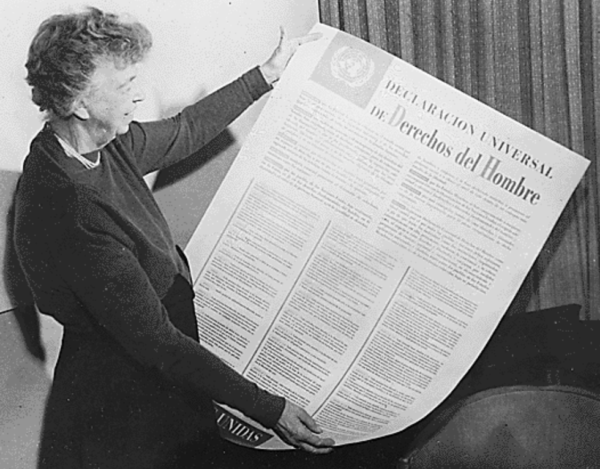 The 10th of December marks the 70th Anniversary of the adoption of the UN Declaration of Human Rights. It’s a pretty interesting document – not least because, if you peruse its contents, it contains an array of “rights” that have largely fallen by the wayside here in modern, neoliberal society.

This is a piece I penned a bit more than a year ago on a closely related concept; which I’m re-running, because I feel it’s relevant:

Specifically, about how one of the most pernicious effects of the ongoing Neoliberal revolution has been to almost completely strip serious discussion of Second Generation Rights out of our public and political discourse. Once upon a time [during the heyday of the Post-War Economic Consensus which immediately preceded these dark times], it was entirely uncontroversial to speak of a “Right to Work” (and not just any work “just and favourable conditions of work” also turns up in the relevant enshrinements), the right to join a Union, the right to medical care, and the right to state assistance when economic times were tough. These weren’t just European innovations, or misty-eyed arcs of internationalist idealism either – they formed a serious bedrock of politics the Western World over … even (perhaps surprisingly) that much-hyped ‘individualist’ “paradise” America. (New Zealand, it may interest you to know, still has a theoretical duty under various forms of international law to guarantee much of the above)

But these days, all of that has passed. Through a combination of active and passive de-emphasis.

The ‘active’ components have been straight-forward enough. Progressive waves of legislation (mostly starting with the ‘Ruthanasia’ era under National – and the Employment Contracts Act in particular standing out as a bit of a death-knell piece of work) first cast many of these rights more as ‘guidelines’ (i.e. things which didn’t have to be upheld or bothered about, really) – and then steadily eroded them down into nothingness over time.

Nowadays, you’d probably get laughed out of the building and/or job-queue at many places if you seriously attempted to insist upon a right to unionization [even if there are some seriously devoted Union organizers out there who make it their life’s work to try and reverse this sad and sorry situation]; whilst the ongoing litany of protections formerly enshrined in law yet now taken away [such as smoko-breaks most recently, and guaranteed hours, job-security within the first ninety days and so many other things before that] continues to mount up by the year.

But it’s the more ‘passive’ processes that have been dominating my thinking this morning.

In specia, the curious way in which the ideologues and adherents of this Neoliberal perfidy have so successfully shut out ‘2nd Generation Rights’ from the debate by comprehensively re-focusing our attentions upon those rights drawn from the generations of the 1st and the 3rd.

Take a look. We see no shortage of economic right wingers jumping up and down most vociferously in defence of the Right to Freedom of Speech. LEft-wingers, too, will often be pretty enthusiastic about this (provided, of course, that the free-speech exerciser is not a “Nazi” – although if he or she is, then that opens up a fresh attention-focusing discourse about the proper and justifiable limits of Free Speech, continuing to mold the conception of ‘rights’ in the public imagination as being about this sort of thing rather than, say, your right to a fair day’s work for a decent day’s pay). And with political proposals to alter our abortion laws setting gums a’flap this Election Season, no doubt the ‘Right to Life’ (with all the attendant permutations of position on both sides of that particular modern debate) will shortly be joining its rather more frequently invoked cousin.

So that’s the first prong of it.

The second prong, if you like, is this newfound focus on some of those Third Generation Rights which I mentioned earlier. In specia, the ones about group-identification and self-actualization. Not that there’s anything wrong with these things, of course (any more than there’d be something wrong with freedom of speech). But when it comes to rights-discourse, it is inescapable that the group-rights being talked about are far more likely these days, to be the right to identify with the sexuality and gender of one’s choosing rather than to identify as a Union member.

There is, perhaps, a bit of an irony here – in that whilst the 2nd Generation Rights I referred to above tend to require fairly monumental expressions of collective will & political engagement in order to first actualize, and then maintain and enforce … due to the way that Identities are constructed and disseminated under our present econo-cultural system, the expression of 3rd Generation Rights [some of them, anyway], despite nominally featuring collectives, can often effectively be conducted with only one’s self. [or, more darkly, with the addition to the equation of somebody to dream up a way of commodifying and selling the ‘identity’ and its accouterments to you]

Indeed, some analysts have suggested that this is part of an at least semi-deliberate ploy to undermine solidarity in pursuit of improved economic conditions through getting people to ‘aspire’ off in different directions (and along post-materialist paths of development) instead. [because ‘Atomized Individuals’ who think of themselves as snowflakes are rather easier to corral and economically disempower than is the whole careening avalanche of frozen water together]

I’m not sure I’d go quite that far; and it’s definitely worth re-iterating that despite the way they’ve potentially been used to ‘crowd out’ the discussion of other rights, 1st and 3rd generation rights ARE important and DO have their place when it comes to shoring up the protections of what it means (and how it means) to be Human.

But nevertheless, something to think about next time you see somebody grandstanding (whether from a liberal or a conservative point of view – you hear ‘rights’ invoked in both contexts almost as much these days) about the Rights we hear about most these days.

Namely: “What happened to all the OTHER rights we used to enjoy?” [i.e. those predominantly of the 2nd Generation]; and “How can we make them part of the conversation again with a view to bringing them back?”

Because these things are Important (hence why they were recognized and enshrined as ‘Rights’ in the first place); and it is both sad and significant that we now find ourselves existing in their apparent effective absence.

The ‘Damnatio Memoriae’ process of first dismembering them, and then degrading their salience in the public-political imagination until it’s barely remembered that they were even once there … has evidently been a highly effective one.

But that does NOT mean that it is irreversible! “