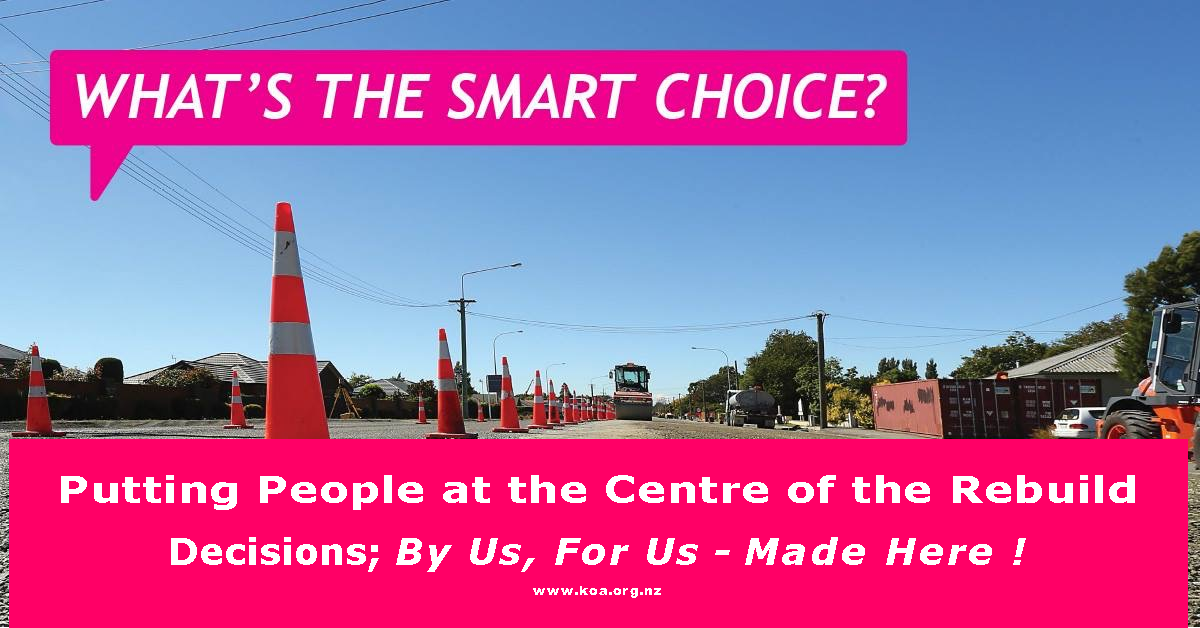 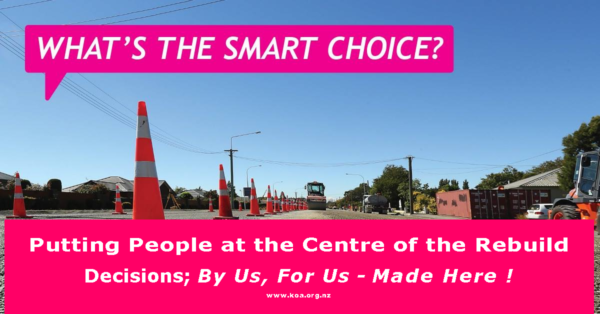 Keep Our Assets Canterbury (KOA) is disappointed  – but not surprised – that our request to speak at the November 29-30 Canterbury Earthquakes Symposium has been refused.

The Symposium’s title is “Sharing The Lessons From The Canterbury Experiences”. KOA has both experiences and lessons to share,  acquired in our years of successfully campaigning to stop the Christchurch City Council from selling Christchurch’s public assets.

Our proposed topic was: “Disaster Capitalism – How To Protect Community Assets”. Post-quakes Christchurch presents a textbook example of disaster capitalism (or “shock doctrine”). KOA ran John Minto for Mayor in 2016 and he gained around 15% of the vote. That’s a lot of Christchurch people whose voice is being excluded from this Symposium.

Some may argue that our proposed topic is too “political”. But the whole Symposium is political, as evidenced by the fact that all speaking topics have to be signed off by the Mayor and the Minister (Megan Woods). It’s all a question of whose politics are being presented. Or not.

From the post-quakes outset, the people of Christchurch have been excluded from the decisionmaking process about our city. Not through lack of interest – the excellent Share An Idea initiative attracted over 100,000 responses. All of which were promptly ignored by Gerry Brownlee and the then Government, which prioritised rebuilding the city in the interests of Big Business.

This week’s symposium is another example of more of the same. Different Government and City Council, but same old story. KOA is aware of other grassroots groups who have been told that their participation is not welcome. The symposium is about lessons from the quakes. We say that democracy is our greatest community asset and that it has been deliberately and wilfully trampled on. The quakes were natural disasters – the undemocratic shock doctrine which followed, and continues, is a strictly man made disaster.