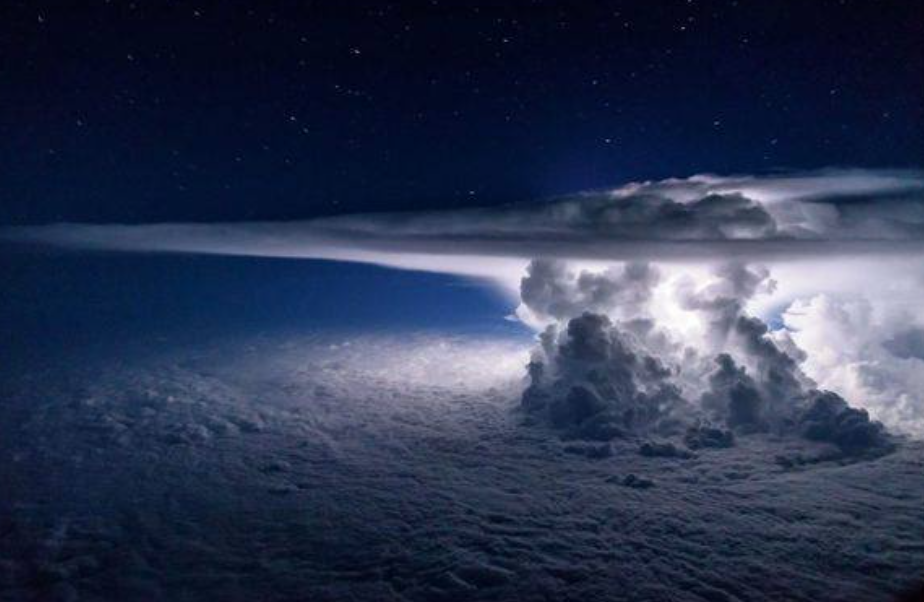 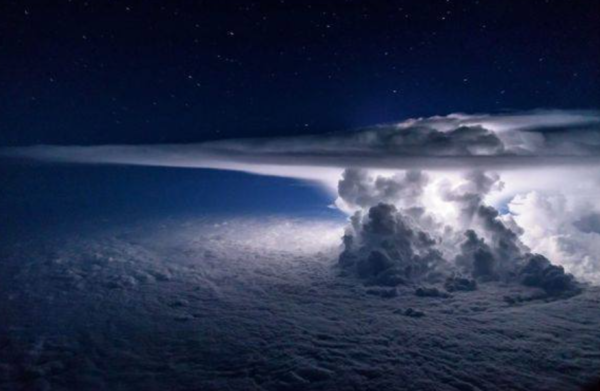 It reminded me of when I was flying back from filming in South Africa in 1990.

I couldn’t sleep. I’d finished my book and I was bored so I raised the window shade and stared out into the night.

Below me, for as far as I could see to the curve of world, great balls of lightning were exploding all across the Eastern coast of Africa.

It was as spectacular as it was humbling .

We might be the cleverest animal on the planet (after all there I was flying in a thin tube for thousands of kilometres and expecting to land safely and on time) but if we think new can abuse Nature and get away with it, the power of thunder and lightning tells us we must surely (and paradoxically) be the most stupid creature on the planet.

We really need to listen to the thunder.

Consume less, share more , and think about how we can soften our impact on our environment. Otherwise Nature will eventually get rid of us as the irritant that we are.

Oh.. and a lightning strike directly above the Oval Office to convince Trump that icy storms and bitter winds are part of Global Warming would be helpful

Because right now, rampant capitalism is fuelling rampant climate change – an explosive mix that, left unattended and uncontrolled, will eventually destroy us all.