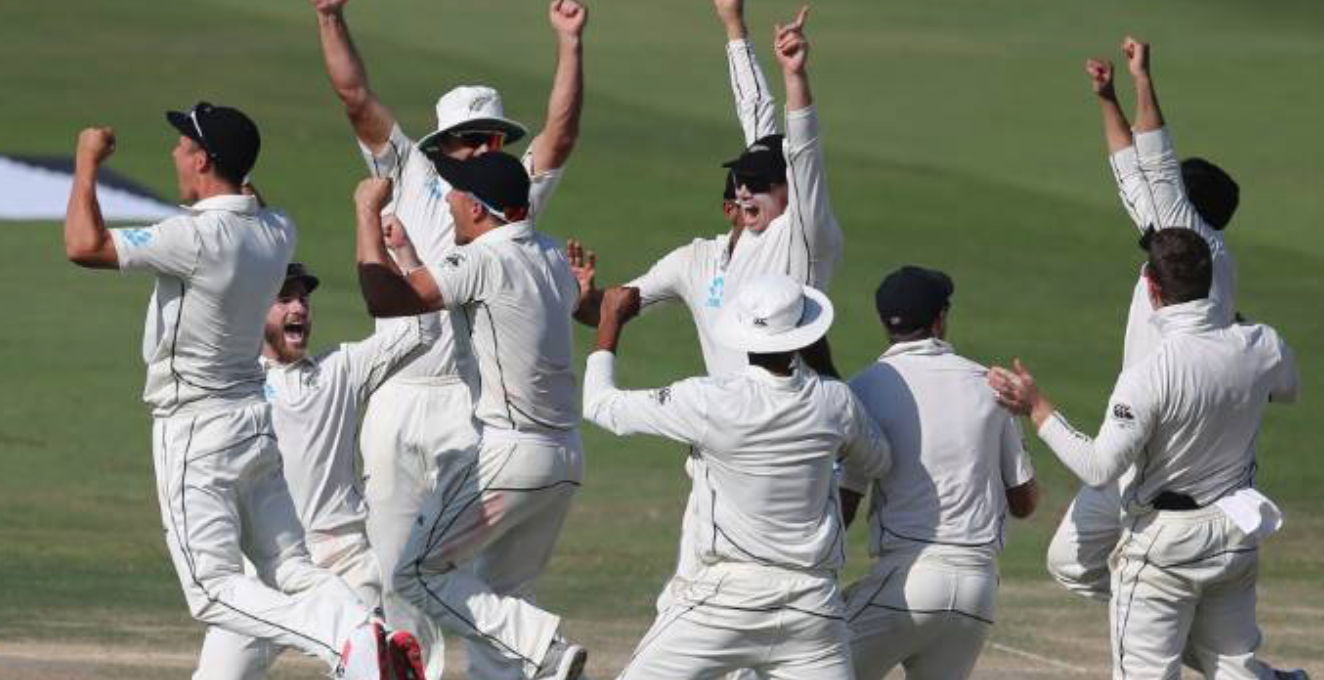 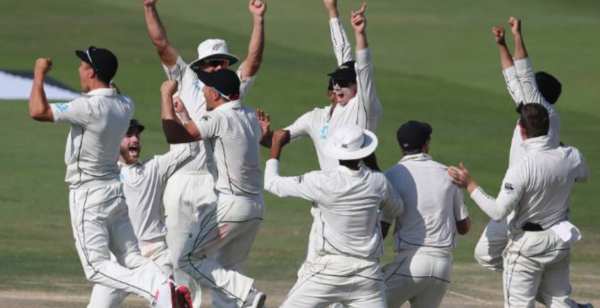 Black caps are going to get a hiding from Pakistan in Abu Dhabi – unless there’s a miracle. That was the news late last night as I heard it on the radio. Yeah, I thought, unless they throw the game – as they do.  As they no doubt did.
I’m not even surprised.  What surprises me is that Pakistan with a track record as crooked as a seismograph in an earthquake has received no questioning from the New Zealanders. None. The Pakistani collapse was because we were so great and the integrity of that game is beyond question.  I scrolled through the stuff.co.nz story – a hundred or so comments and not a single one sceptical of the “miracle”.  The New Zealanders, to a man, delusioned.
I haven’t seen any footage.  I don’t need to.  I don’t want to either.  The Paki’s are damn cheats and the Kiwis are damn naive. The only image I’ve seen is the Black Caps rejoicing their “remarkable” and “unlikely” victory that was “unbelievable”.  The article details a Pakistani performance “bordering on comical”.  Bordering on Bollywood I bet. Bet being the watch word.  What are the odds?  Damn high.  A near certainty.
It would have been the late 90s or early 2000s when I first saw the Pakistanis throwing a match against us.  I was watching this one-day farce play out on television.  The Paki’s were fielding in the second innings, we were getting our arses whipped as expected and then this “remarkable”, “unlikely” string of poor performance “bordering on comical” started.  A Bollywood, Karachiwood all-singing, all-dancing chorus line of the most absurd slapstick ensued. Woops, missed that one its run away for 4.  Oops a daisy dropped that sitter.  Another full toss at a nice leisurely pace smacked for 6.  Oh dear that hesitation cost them a run out chance. Fumbled in the out field and then an overthrow for another 4 extras.  Oh shit, butterfingers – again.  And so this pantomime played out and I looked at my friends and said they’re chucking this game.  They sat there, grasping their Monteiths summer ale in disbelief. Nah. Nah. Fuck up, Tim.
The Kiwis couldn’t accept it, wouldn’t accept it.  I know what I saw was deliberate and from their whole damn team – bad actors and terrible cheats the lot of them.  One of the shots landed right in his hands and he had taken it cleanly because there was this moment, a space in time, when the ball was in this guy’s hands, both hands, and then he just threw it away, not even dropped, just sort of biffed it to one side and flung his hands out to try to demonstrate to the umpire that he hadn’t caught it.  The umpire was going to give it and he held his hands out and motioned that he hadn’t caught it to get him to stop his decision he was about to make.  “Unbelievable” indeed.  And I looked at my friends and they began, for the first time, to realise that possibly, just maybe, they were being had. It was truly ridiculous.  Ever since that time I haven’t bothered to watch any game with those cheating damn Paki’s.
So I won’t be going out of my way to watch any video of the farce that played out early this morning in Abu Dhabi. Just as a movie critic wouldn’t want to watch any film headlined Keanu Reeves/Steven Segal/Arnold Swarzeneggar I won’t be watching any match featuring Pakistan.  I won’t be celebrating the fictional upset victory.  If I do get to view something on the news I shall merely reflect on the gullibility of the average New Zealander.  Damn the Pakistanis, damn the Kiwis and damn the ICB.