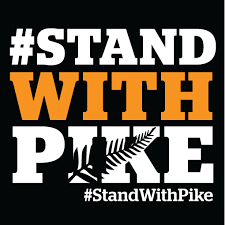 The coalition government’s decision to recover the Pike River Drift is an historic moment for truth and justice for all New Zealanders.

Anna Osborne, who lost her husband Milton in the mine explosion in 2010, says it has been a long journey. “We’ve waited eight long years for this, we stood up for our men and we have achieved something they would be so proud of.

“This is a huge step towards truth and justice for us, but it couldn’t have come without the enormous support of New Zealanders. We’re incredibly thankful for that. It’s restored my hope.”

Bernie Monk, whose son Michael died in the mine, agrees. “This is a moment for all Kiwis to be proud of. This Government set a timeline and stuck with it, and now we’re doing it.

“But this isn’t just a moment for families to celebrate, it’s a moment that should give hope to other people who are seeking justice.

Sonya Rockhouse lost her son Ben in the disaster and her son Daniel was one of only two survivors. She says that safety is the most important factor in the decision. “Right from the start we have said we want this to be done safely, now experts from around the world have made it clear that it can be done and it will be done.

“It’s amazing to think that only two years ago Anna and I were setting up camp on the Pike River road to stop the last government from sealing the mine forever. Now we’re going into the drift and doing right by our boys, it’s been a hell of a journey.”