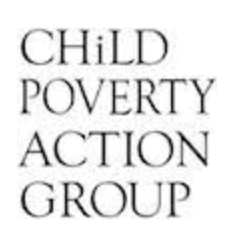 Child Poverty Action Group (CPAG) and ActionStation welcome the Government’s vision for “a welfare system … that ensures people have an adequate income and standard of living, [and] are treated with, and can live in dignity and are able to participate meaningfully in their communities” (Welfare Expert Advisory Group Terms of Reference).

But understanding people’s lived experiences of poverty and the welfare system is critical to seeing that vision through to fruition. Which is why CPAG has collaborated with ActionStation on their crowd-sourced report calling for reform and transformational change of our welfare system.

Between 18 and 31 October 2018, 267 people contributed their perspectives, insights and experiences of the welfare system through a 17-question online survey hosted by ActionStation. The report will be submitted to the Welfare Expert Advisory Group on Friday November 9, with the hope to inform the recommendations the group will make to the Government in February.

The findings of ActionStation’s Welfare for Wellbeing report included an overwhelming trend of people having negative experiences with Work and Income and a desperate lack of income to afford basic needs:

Four out of five respondents had negative experiences.84 percent of people said they do not currently receive enough income to live with dignity and participate fully in the community.

Associate Professor Susan St John, CPAG economics spokesperson, says that the sheer scale of poverty should not be underestimated. “We are seeing a generation of neglect that has undermined people’s assets and caused family debts to mushroom. That means it is no quick fix with a few extra dollars.”

The Families Package was an important first step, but many systemic issues remain.

“Many of the children living in the lowest income households are far below any of the Government’s poverty lines and need an immediate, substantial rescue package,” says St John.

As part of the solution, Working for Families must be made more inclusive.

“Denying children in the worst-off families a vital $72.50 a week because the policy discriminates against families who do not meet the work hours required has no rational justification. What it does is further entrench the deepest child poverty,” says St John.

As part of the ActionStation report people on benefits were asked what difference $72.50 would make in their lives. Almost universally, respondents said that the money would be used to buy the basics, such as fresh fruit, meat and vegetables, personal hygiene products, clothing and transport. Many responded that it would make the difference as to whether they and their children could participate in society, attending school trips longside their peers.

“When corporations are taking in record profits, but there hasn’t been a real increase in income support for a generation, and more and more people can’t make ends meet, our society is out of balance,” says Laura O’Connell Rapira, Director of ActionStation.

“Four in five renters cannot afford to pay their rent comfortably. CEO pay is increasing at almost five times the rate of the average worker. There are now at least 41,000 homeless New Zealanders. We need government intervention to end the poverty trap and rebalance our economy. We need government intervention to ensure that everyone in this country has enough money to live with dignity and a safe place to call home,” says O’Connell Rapira.

For the Government to achieve its 12 priorities for a “modern and fairer New Zealand”, they must put children and whānau wellbeing at the heart of their decisions.

As part of a campaign to have Welfare Fit for Families, CPAG promotes 17 concrete and practical recommendations to aid in achieving the Government’s vision.

Alongside removing the hours of work criteria from the Working for Families In-Work Tax Credit, and paying it to all low-income families, CPAG’s recommendations also include:

– Removing the financial penalty for people on benefits who are in a relationship;Improving access to child support for parents who receive a benefit; and

– Providing beneficiaries the opportunity to retain more of their benefit income when working part-time or when entering a new relationship.