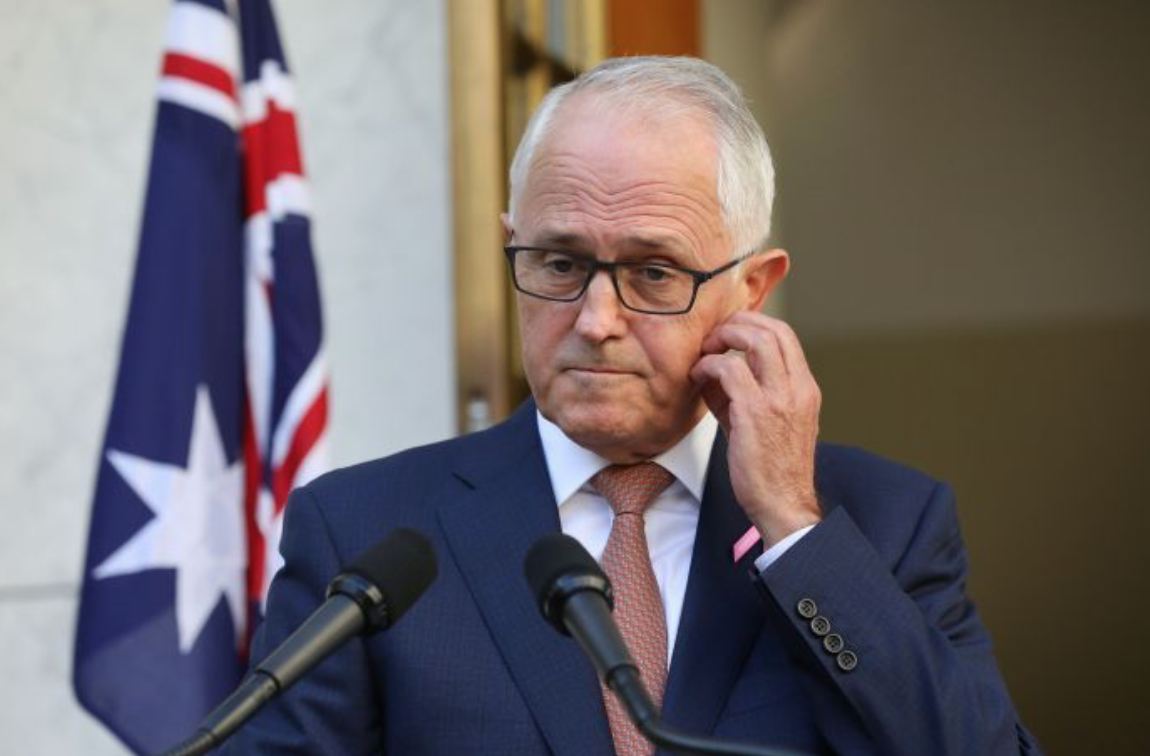 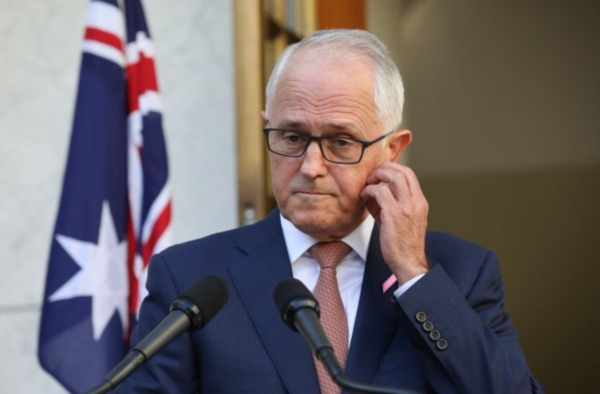 It was a slaughter in the end. The Wentworth Sydney by-election was expected to be a close race between Dave Sharma (Liberals) and Kerryn Phelps (independent). Malcolm Turnbull’s ejection as Prime Minister on August 24 and his subsequent departure from federal politics had riled local voters. For the Liberals, a reduced electoral majority was inevitable, but to lose the seat an 18 % swing against them was required. After polling ended on October 20, Phelps was well ahead. However, the counting of previously lodged postal votes reduced her lead. On Sunday morning, the majority was under 900 and looking fragile. By Thursday, though, Phelps was 1,720 votes clear; the anti-Liberal swing had reached almost 19%. This was extraordinary. The wealthiest electorate in Australia had ejected the Liberal Party and denied the Coalition a clear lower house majority. With 74 seats, plus the speaker, Prime Minister Scott Morrison and his National deputy Michael McCormack confront 69 Labour MPs and six independents. If they were also to support a no confidence vote against the Coalition, a general election would transpire.

Why, then, did Wentworth voters allow this possibility? What explains the Liberals’ disastrous by-election performance? And, what does the result portend for Australian party politics? Those wanting answers to these questions are invited to read on.

How to paralyse a by-election campaign

Liberal campaign strategists faced inherent difficulties. Self-entitled Wentworth voters had lost their Prime Minister. Local feelings of humiliation turned to resentment against the party at large. It didn’t help that the new unelected Prime Minister was an enthusiastic proponent of evangelical Christianity and coal mining. By contrast, Kerryn Phelps was an already-elected city councillor, a local lesbian identity and an opponent of climate change denialism. Yet, a rearguard action to save the seat should have been possible. There was no bad economic news. A Reserve Bank report on September 4 revealed 3% national growth and a 5.3% unemployment rate (the lowest in six years). Former diplomat Dave Sharma was a strong candidate – young, qualified, calm, engaging and well-removed from the factional strife.

But the positive economic news and the candidate’s attributes counted for nothing. In the week before polling, Coalition blunders across the areas of race, religion, sexual orientation, climate change and Israel paralysed their by-election campaign. Thus, Liberal senators voted in favour of Pauline Hanson’s motion “it’s ok to be white”. Leaks from the proceedings of a parliamentary review panel on religious freedom suggested that the government would allow private schools the right to discriminate against gay students. Further, the prospective rights of gay teachers also received nationwide media coverage. Meanwhile, Treasurer Josh Frydenberg declared that there was no need to change climate and energy policies; “the government has a settled policy in that we will not reduce emissions at the expense of people’s power bills”. This stance, adopted after the ousting of Turnbull, antagonised many Wentworth voters. Concerned about rising CO2 emissions, they were not struggling to pay power bills. Out of nowhere, Prime Minister Scott Morrison introduced a new campaign issue – the location of Australian’s embassy in Israel. Thinking aloud about a possible move from Tel Aviv to Jerusalem would, it was hoped, attract Jewish voters to David Sharma, a former ambassador to Israel. Unfortunately, leaked advice to government from the Australian Security Intelligence Organisation (ASIO) warned of possible violence in the West Bank and Gaza. Indonesian foreign minister Retno Marsudi warned that diplomatic relations with Australia could sour with the embassy move.

Other matters beyond the Liberals’ control made a bad situation even worse. An unannounced email that Kerryn Phelps had HIV and was pulling out of the race energised her supporters. And Barnaby Joyce’s openly stated desire to resume leadership of the National Party further damaged the Coalition government’s standing on the eve of polling day.

Wentworth was the latest battle in a Liberal civil war between cosmopolitans and conservatives. On one side are state and federal MPs plus branch members who support the rights of gays, lesbians and transgender people, favour liberal abortion laws, oppose government energy/climate change policies, and feel unease about the Nauru refugees. These Liberals are not socialists. They don’t want their investments threatened by corporate or upper income tax rates; union bargaining power must be strictly contained. For this Liberal Party constituency, Malcolm Turnbull is the ideal prime minister.

Liberals of a conservative bent don’t like taxes or unions either, but they side against the latte-drinking secular ABC supporter types in their own party. The rights of private schools and Christian denominations plus the virtues of Western civilisation are to be defended at all costs. Moral and cultural relativism and the ‘special rights’ accorded to refugees and non-heterosexuals threaten Australian values. The chief protector of these values ought to be the Liberal Party with the support from the Nationals. For this Liberal constituency, Tony Abbott and Peter Dutton are the preferred prime ministers.

At the Liberals’ national conference in June, cosmopolitans and conservatives openly clashed.  One hundred or so delegates voted for Young Liberal motions to privatise the ABC and move Australia’s embassy in Israel to Jerusalem. In response, communications minister Mitch Fifield stated that public media ownership arrangements would not be altered. The foreign minister Julie Bishop explained to delegates why the Australian embassy would not be moved from Tel Aviv. At the time, ABC political reporter Jane Norman filed a story entitled ‘The Liberals’ conservative faction is growing – and so is influence over the Party’ (18 June 2018). We now know that the conservatives’ influence is destructive rather than constructive. They ousted Malcolm Turnbull but could not advance their favoured leader Peter Dutton (just as they couldn’t extend Tony Abbott’s tenure as prime minister). Although Scott Morrison has excellent conservative credentials, they were a liability during the Wentworth by-election campaign. The cosmopolitan elites took their revenge.

In Australia, political power and media power are mutually reinforcing. Such is revealed in a recent Guardian Weekly feature entitled ‘A very Australian Coup: Murdoch, Turnbull and the power of Newscorp’ (20 September 2018). After Rupert Murdoch arrived in Sydney on 4 August, negative stories about Turnbull increased markedly. Newscorp-owned dailies The Australian, the Sydney Telegraph, the Brisbane Courier Mail plus Sky News with support from Sydney radio station 2GB advanced uniform themes – Turnbull was unfit to govern, his policies were mistaken, Peter Dutton was a likely and preferable future leader. The purpose here was two-fold: turn public sentiment against the Prime Minister and energise the Liberal Party’s conservative faction. The Wentworth by-election result, however, revealed the limits of Newscorp’s influence. The Liberals lost their one-seat lower house majority. Scott Morrison’s prime ministership was tarnished and the Newscorp commentariat turned on Malcolm Turnbull again. He has, apparently, let down the Party by not campaigning for David Sharma. The stance was hypocritical; Newscorp’s commentariat had previously slated Turnbull’s campaigning abilities. In any case, some Liberals favoured a different interpretation. In a Sydney Morning Herald article entitled ‘Liberal MP condemns conservative media hosts’, David Roe highlighted the remarks of moderate backbencher Craig Laundy. In his view, Canberra MPs “sit in their offices with Sky News on the TV 24/7 watching and listening to what everyone is saying and listening to what these commentators are saying”. Laundy remarked further that “if you are going to set policy and govern as a result in response to that and you’re listening just to right wing commentators I would argue you are potentially signing up in marginal seat land to a policy position that 80% of your electorate would disagree with” (SMH, 22 October 2018). Here, we see the problem at its core, Australian voter sentiment is not identical with the outlooks of Rupert Murdoch, the Newscorp commentariat or Liberal Party conservatives. Only a ‘broad church’ strategy in values and electoral support will maintain a parliamentary majority for the Coalition.

For the Coalition, a lower house vote of no confidence is unlikely. The six independents are not unified and most will ensure confidence and supply for the government. However, a dis-unified Liberal Party will struggle to win a general election. The Wentworth result could be repeated in Tony Abbott’s Warringha seat. Liberal cosmopolitans abound in Sydney’s northern beaches – 75% of Warringha voters supported same sex marriage in the recent referendum. Already a promising local identity, Jane Caro, looks to be a likely independent candidate. Like Kerryn Phelps, she is especially engaged with the issues of climate change, refugees and women’s equality. Meanwhile, though, the Newscorp agenda will continue in earnest. Rupert’s likely successor, Lachlan Murdoch, is even more conservative. He is closely aligned to Tony Abbott, has libertarian views on gun control, favours the privatisation of the ABC and a further weakening of Australia’s media ownership regulations. Newscorp`s game plan is to own a media asset containing a free-to-air television channel  with a Fox news bent and to entrench a Trump style political culture across Australia`.  It is this bleak scenario that should sharpen the minds of the Australian Labour Party, union leaders, the Green Party and extra-parliamentary political activists.