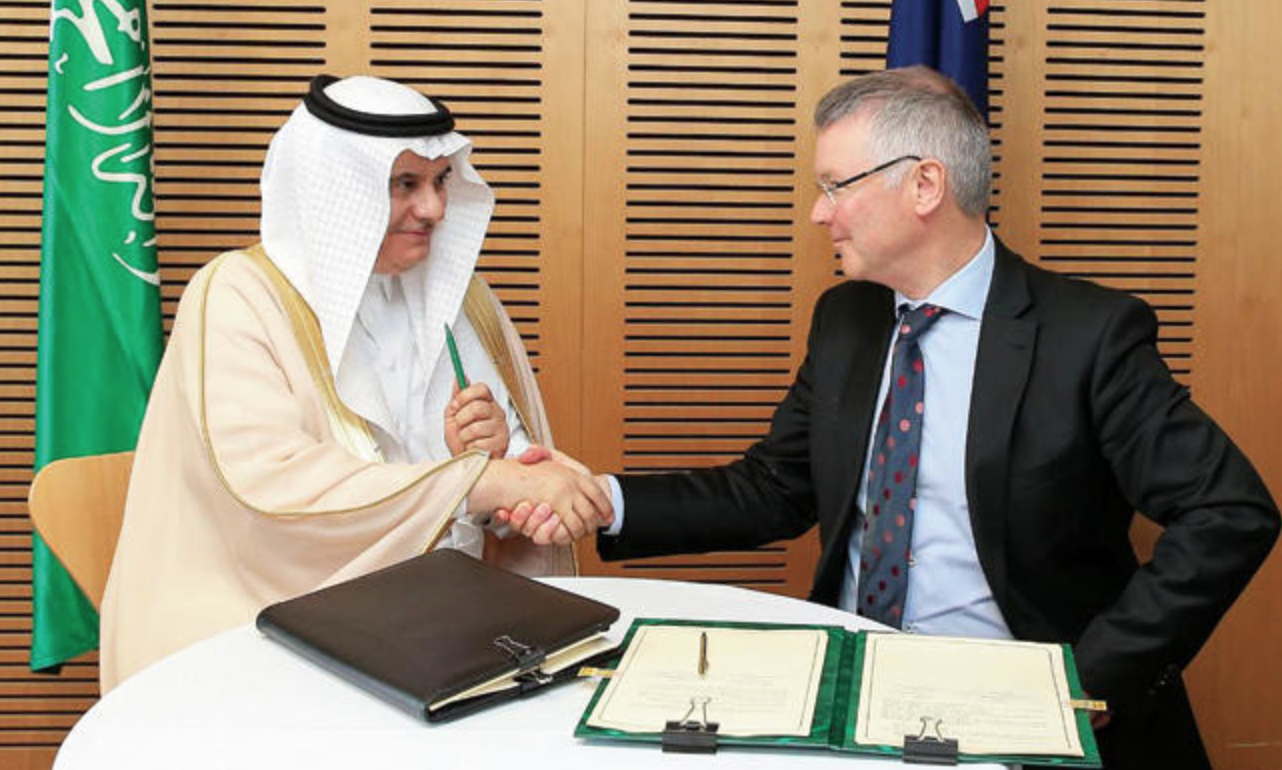 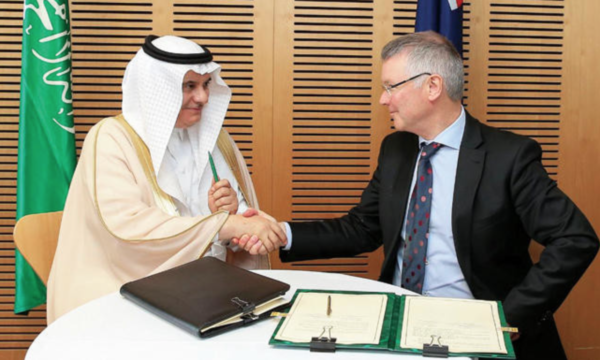 A Saudi and New Zealand joint ministerial group ended a two-day series of meetings in Auckland on Friday with an agreement to strengthen cooperation between the two countries.

The committee’s minutes were signed by Minister of Environment, Water and Agriculture Abdulrahman Al-Fadhli, and New Zealand Minister of Trade and Export Growth David Parker.
Saleh Al-Nuweiser, charge d’affaires of the Saudi Embassy in New Zealand, and representatives of the government bodies took part in the meetings.

Al-Fadhli said: “Trade between the two countries has witnessed remarkable development in past years, rising from SR675 million ($16 million) to about SR3 billion in 2016.”

He said the committee will contribute to the development of sustainable cooperation in all fields.

Abdulaziz Al-Hewesh, director-general of the ministry’s General Administration of Legal Affairs and International Cooperation, said that the joint ministerial committee recommended strengthening work and partnerships to achieve the objectives of the Kingdom’s Vision 2030 in the fields of diplomacy and justice, trade and investment, consumer protection, standardization, finance and banking, as well as cooperation in the fields of energy, industry, mineral wealth, information technology and sports.

This didn’t get much attention from the local NZ media, but two months ago we held a two day cuddle festival with a regime that is killing thousands of civilians in Yemen, crucifies people, beats bloggers, arrests women who drive oh and who recently butchered a journalist. 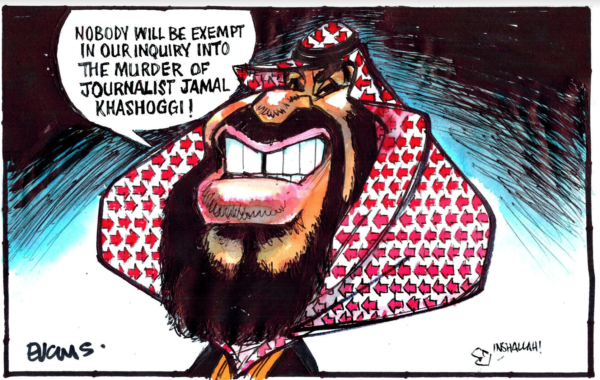 1: Khashoggi is not dead, he walked out of the embassy after he had finished his business and we have no idea where he is now. Such accusations are an affront to the great people of Saudi Arabia.

2: On reflection and amid growing allegations, it is clear to the Saudi Arabian moderate Government (who have really pulled back on public crucifixions) that Khashoggi  has gone missing, but the great people of Saudi Arabia have no idea where he is and any suggestion otherwise is an insult.

3: The reforming democratic Government of the great Saudi Arabian people accept that Khashoggi is actually dead. Recordings of him screaming wildly as he is chopped up certainly points in the direction of being deceased.

4: The fair and woke Government of Saudi Arabia have now bravely declared that Khashoggi is in fact dead but we are swearing in front of Allah and clean oil  that we had nothing to do with his death.

5: Ok, look, Khashoggi is dead, however it appears a rogue team of hired killers with direct links to the Royal family secretly snuck out of the country and accidentally killed him after he slipped and fell 30 times, but the progressive green Government of Saudi Arabia had nothing to do with this. Yes the planes are ours, but bloody kids these days right? Stealing the commercial jet when Dad’s not looking, we’ll handle this and you can bet your bottom dollar someone is going to get grounded.

6: Ummm. So it does appear that not only is Khashoggi dead but we, the fourth wave feminist allied Saudi Arabian Government , actually might have been completely responsible for this but, but, it was all a misunderstanding and we accidentally chopped him up while he was alive. It happens, we are actually the victims here, this has all been emotionally draining.

…soooooooo in light of recent events shouldn’t we be rethinking our relationship with the Saudis? I get the line that is trotted out by MFAT Goons, ‘if we only traded with people we agreed with, we wouldn’t trade with anyone’, and I appreciate the need to build up trade, buuuuuuuuuuuuuuuut a line has to be drawn somewhere right, and surely a country that crucifies people and butchers journalists live is kinda where one would draw that line?

Surely the politics of kindness demands justice at its heart?