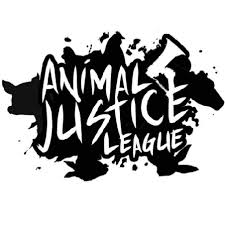 Today marks the beginning of the new rodeo season in New Zealand with the commencement of the Winchester Rodeo.

Even though a majority of Kiwis are in support of a ban on rodeo, the season is still going ahead which is causing further public outcry. The Animal Justice League NZ and concerned citizens are set to protest this event to show their disapproval of the treatment of rodeo animals.

“We are yet to see a rodeo that doesn’t breach both the Animal Welfare Act and the Rodeo Code of Welfare. Rodeos consistently break the law and inflict pain, suffering and fear upon animals every year, this crime needs to be stopped,” stated Animal Justice League NZ Representative Leighton Thompson.

Before the last election, the Labour Party promised to end certain aspects of the rodeo including; the use of animals under three months (which would end calf roping and riding), the use of flank straps, electric prods and tail twisting in rodeo events.

“We’ve had a new government for over a year now, and they still haven’t followed through with their promise to take action on rodeo animal abuse. The majority of Kiwis who are opposed to rodeos are still waiting for their pre-election promise to turn into post-election action,” added Mr Thompson.

“It’s the government’s responsibility to listen to the people of Aotearoa and end rodeo animal abuse. We are urging Jacinda Adern to make the right decision and use her platform and power to stand up for rodeo animals,” added Thompson.

The Animal Justice League is inviting members of the public to join them for this peaceful protest outside the Winchester Rodeo Grounds that is happening today. Find out more details and join the Facebook event here – https://web.facebook.com/events/353637481846685/