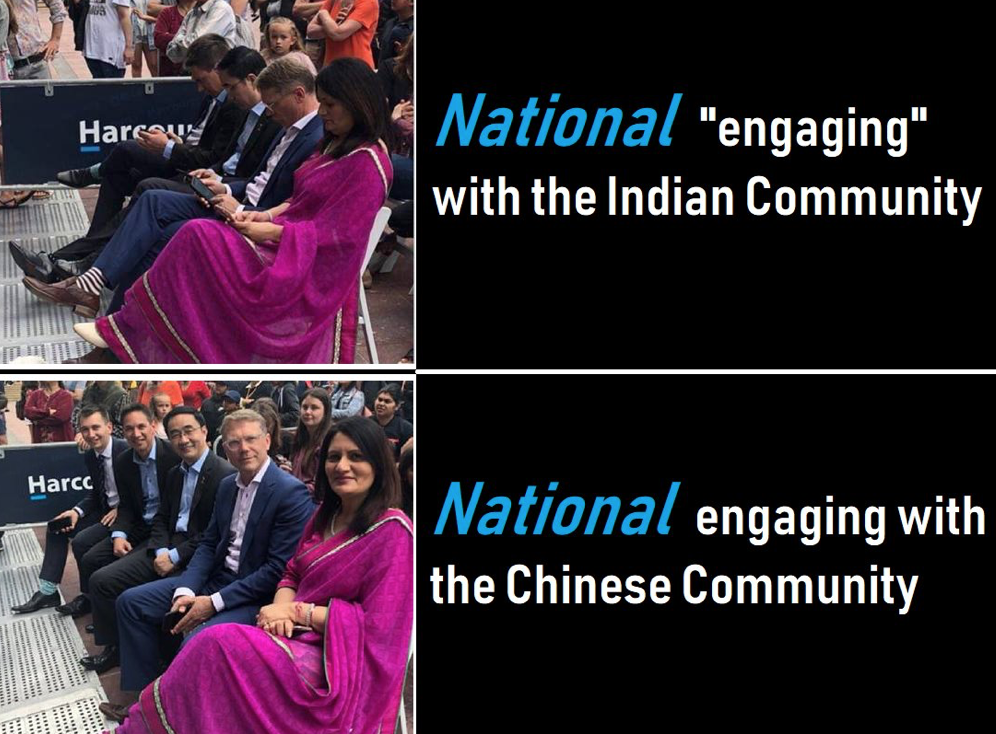 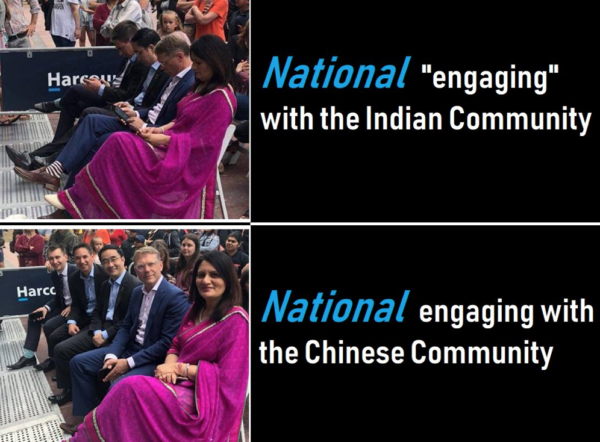 So over the weekend, I happened to see ads wishing a “Happy Diwali” on two TVNZ channels. Now, before anything else is said – I do wish to acknowledge that this is pretty cool, and that it’s a mark of how far things’ve come for a Hindu festival (and religious observance) to be marked by the New Zealand state broadcaster. So thanks for that.

BUT – here’s the problem. Diwali isn’t for another two weeks (November 7 this year). The weekend just gone was basically the days after Dussehra, so to label it Diwali is … odd.

Now, to be sure – this *was* about the time Diwali was last year (I know this, because Diwali was also the date that NZF announced it was going with Labour rather than National – so I made the predictable political observation about “victory for light over evil”); however, I don’t think that the difficulties inherent in affixing Lunar timekeeping to the regular old Gregorian calendar is what’s lead to what’s happened here.

Instead, I suspect there’s another culprit.

Which, to be sure, I have *some* positive feelings about. After all, it puts Indian culture and the Indian community quite literally front stage here in Auckland. And can be thought of as helping to ‘build bridges’ (while also, this year, assisting in ‘burning Bridges’ due to his having to use the event to apologize for National’s sentiments about the Indian community) with the rest of the city.

But to hold Diwali immediately after Dussehra is … odd, to say the least. It would be akin to holding Christmas in early November immediately after Halloween. Or, if memory serves, in that case in previous years wherein the Council attempted to hold Diwali *right in the middle* of NavRatri, where it was compared to attempting to put Easter Monday before Good Friday (see? We *can* make lunar calendars work for secular event planning here in NZ!) .

Now, I am given to understand the position put forward by the Council is that it makes it a great deal easier getting performance troupes and suchlike if they hold Diwali as and when they do – i.e. not when *we* do, so to speak.

And to a certain point, I have some sympathy for that argument.

But the trouble with this is that by continuing to refer to the resultant festivity as “Diwali”, it (mis-)leads to people presuming that it actually *is* Diwali.

So you get somebody at TVNZ endeavouring to engage in a nice gesture (which, again, I *do* think is a pretty cool intent here – and should be lauded, up to a point), on grounds that they’ve heard that Auckland City Council is holding a “Diwali” event, and therefore without doing the proper research, they just kinda assume … and ‘get onboard’ by wishing us all a “Happy Diwali” two weeks early across multiple channels.

Once again – I am not writing this to be ungrateful. *At all*.

It’s excellent that TVNZ has chosen to broadcast “Happy Diwali” ads on a number of its channels.

I just feel it prudent to, along with the thanks, make motion of a gentle correction about the date.

After all. “Acknowledgement” is great.

But “Authenticity” – that is important, too.