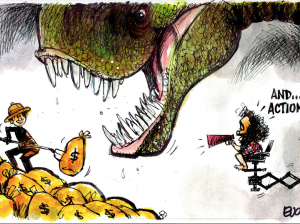 Government bins film subsidy cuts after Avatar threat
The government has abandoned plans to rein in ballooning subsides for Hollywood, citing film industry opposition and the threat of lawsuits from the producers of James Cameron’s Avatar films.

The Weekend Herald reported in June these payments – that sees studios get cash payments of up to 25 per cent of their local spending on productions – had totalled $575 million since 2010, prompting Economic Development Minister David Parker to announce he was looking at ways to cap or limit the escalating costs to taxpayers.

But yesterday Parker, speaking from Australia, said following consultations with industry around the viability of their business – and thousands of accompanying jobs – without subsidies, and legal advice over a 2013 deal signed with Avatar producers, said cuts or changes to the subsidy scheme were now off the table.

“We’re not proposing to introduce a cap. We accept that the subsides are necessary, and we accept there’s a benefit to the country,” he said.

…if the Government rolled over for corporate Hollywood despite it bleeding us in subsidies this quickly, it bodes ill for any thought the government will pass the Hobbit Law employment changes.

Iain Lees-Galloway will dump the employment changes faster than he can scream, ‘I’m not a Hobbit Hater’.