“This is a fantastic move by Oranga Tamariki and the Minister for Children, and recognises the need for improved pay and working conditions for Oranga Tamariki social workers in order to support their workers adequately,” says Women’s Refuge Chief executive Dr Ang Jury.

There is currently an existing pay gap of 20% on average between contracted and employees, and the increase planned for Oranga Tamariki social workers over 5 years will widen that gap further.

Dr Jury says, “It is pleasing to see the Minister value the critical role and work of social workers, however we need to look at remunerating the work that is being carried out by other agencies and social workers contracted by Oranga Tamariki, so there is no impact to these providers, services, and their clients.”

“Unless this increase is extended across all social workers, it will be significantly harder for organisations such as ours to employ and to retain experienced social workers that Oranga Tamariki needs to continue the critical work with children and their families. 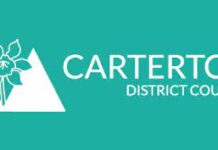