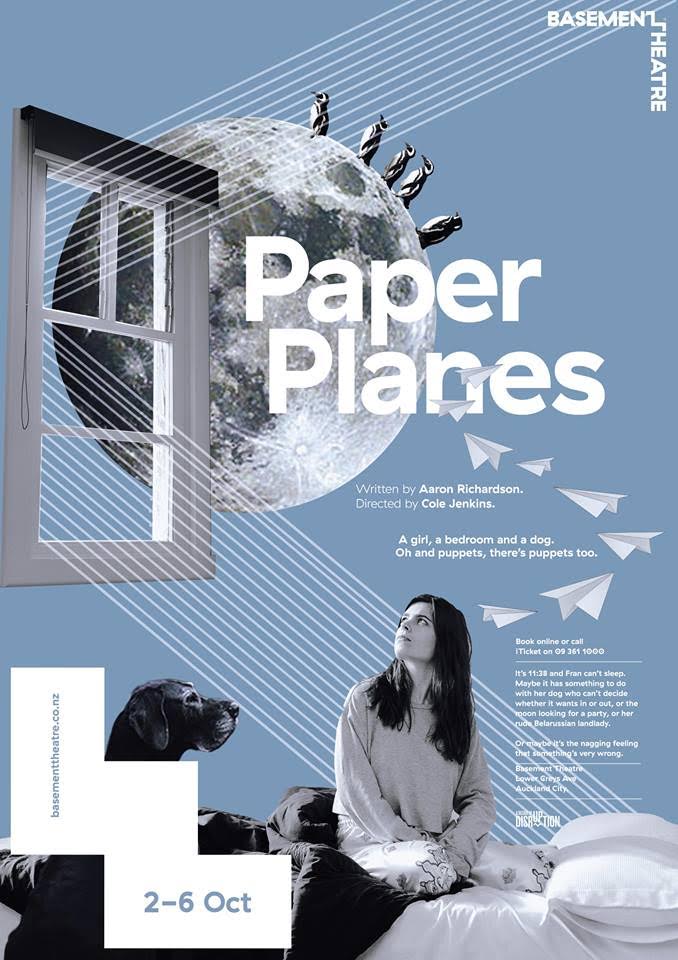 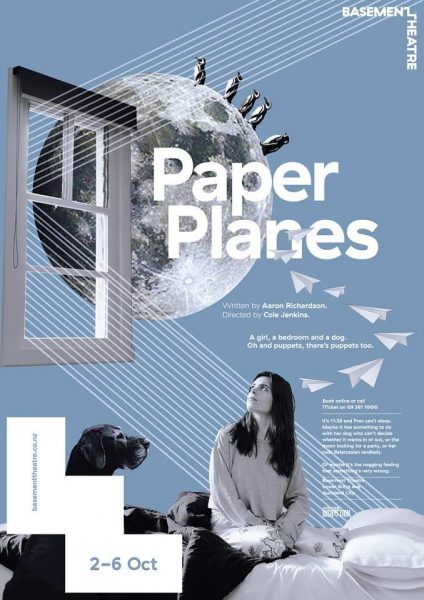 Award-winning director Aaron Richardson presents his new full-lenght play Paper Planes which explores the ideas of mental illness and anxiety through an other-worldly, whimsical show featuring a number of puppets. Directed by Cole Jenkins (The Last Man on Earth is Trapped in a Supermarket, The Tempest, Titus) and starring Katie Longbottom (Interoception, Aroha Mai), Holly Hudson (Filthy Business, Auckward Love, Legacy Project), Tamara Gussy (Alice, Othello) and Phoebe Borwick (Shortland Street, Me and My Sister Tell Each Other Everything) this fresh new work will be presented at Basement Theatre from the 2 – 6 October.

“A girl, a bedroom and a dog. Oh and puppets, there’s puppets too.

Or maybe it’s the nagging feeling that something’s very wrong.”

‘Paper Planes’ is a black comedy incorporating shadow puppetry, puppets and the surreal. Drawing on theatrical traditions from Jacques Lecoq to Samuel Beckett the show explores the pressures that are placed on women living in the modern world and why young people often feel worthless in a society so obsessed with value and worth.

“Growing up, I often thought I was worthless. Now as an adult, a large number of my close friends have depression or anxiety or have just struggled with their own sense of worth. The very act of living seems to have become harder for a generation of people living in New Zealand and I wondered why. This was where the idea for the show came from. I felt a need to talk about what it feels like to be up at night with terrible thoughts in your head. ” – Aaron Richardson, Playwright

Paper Planes is the perfect balance between humour and raw honesty. It reveals the dark and ugly depths of depression while still holding the audience in a safe space. Paper Planes is set to be a small piece of theatre magic in the heart of Auckland city. It’s a play for the young by the young, it’s written for all our friends known and unknown who struggle with their own sense of worth, and for that young boy all those years ago fighting with himself, fighting for his own life.