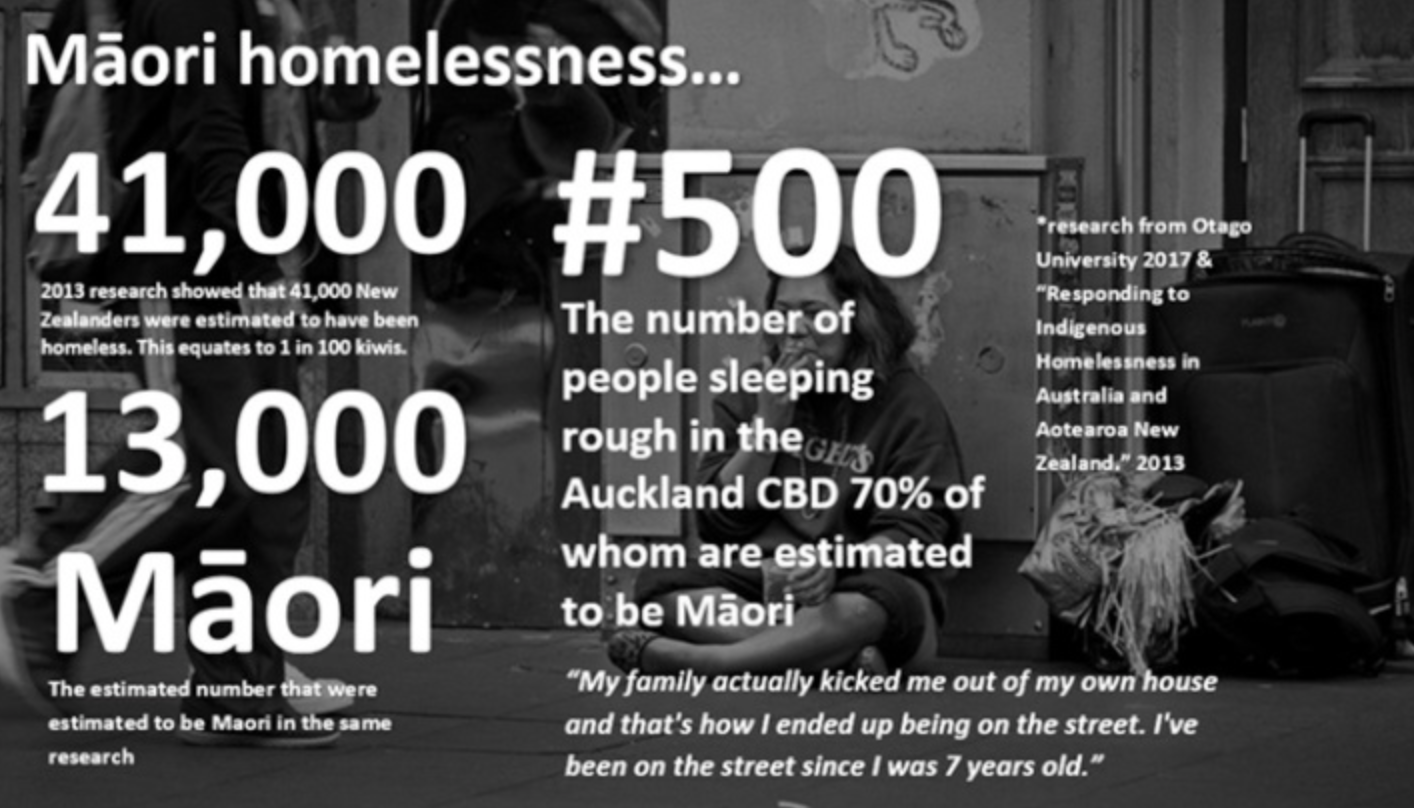 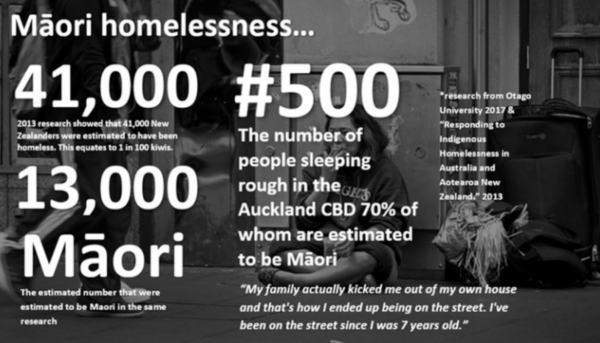 Matthew Tukaki, Chairman of the National Maori Authority, Nga Ngaru and Chairman of New Zealand Maori Councils Auckland District has slammed the rising tide of Maori homelessness across the country and asked the questions “just what is the Government doing?”

“The warning signs were there in 2013 when a research suggested that more than 41,000 New Zealanders were either sleeping rough or homeless. That same research indicated that about 13,000 of them were Maori and in the Auckland CBD, it was estimated that 70% are Maori. Putting our people in motels or relying on the sleeping quarters of Marae is not a solution to a growing problem. Mr Tukaki Said.

“When we have a look at all of the other social data the importance of a home that is water tight and water proof, healthy and affordable it’s no wonder that when we can’t even get this right more of our people are taking their lives, more than 50% of us are in prisons and many of us are long term unemployed with our own real option to be a part of the casual workforce with little or no secure work.” He said.

“According to our analysis there are more than 1,000 plus empty State Houses in need of repair. Here’s a novel idea why don’t we create jobs, fix those houses and start reducing at least the living rough number (those who are cramped in with friends and other family members) because that co-hurt are more likely to become homeless.” He said.

“The National Maori Authority is calling on the New Zealand Government to institute a tighter national approach to the housing crisis. We want to see more agencies working together and see no reason why we cannot be more creative. We’d like to see job creation schemes implemented for low risk prisoners to be able to work on State Housing rebuilds, thereby giving them work experience and a focus so when they are released their employment prospects are higher and it cuts the potential for them to re-offend. We want to see the Government spend more time on building the capacity of Maori small business to pick up the slack in the trades sector and this includes an attraction campaign to bring more of our people back from Australia. We have a significant skills gap in the trades sector in New Zealand and yet many of our people have those skills working in Australia.” Mr Tukaki said.

Mr Tukaki also called into questions the estimated value of the Maori economy at $42 billion and called for more consideration to be given to the economic development of Maori land.

“What a joke when it comes to some of this nonsense of a $42 billion Maori economy. If we are so rich where is all the money and wealth going because its sure as hell not going to the very people that it need it the most. Here at the National Maori Authority and within New Zealand Maori Council we are certainly picking up the policy slack.