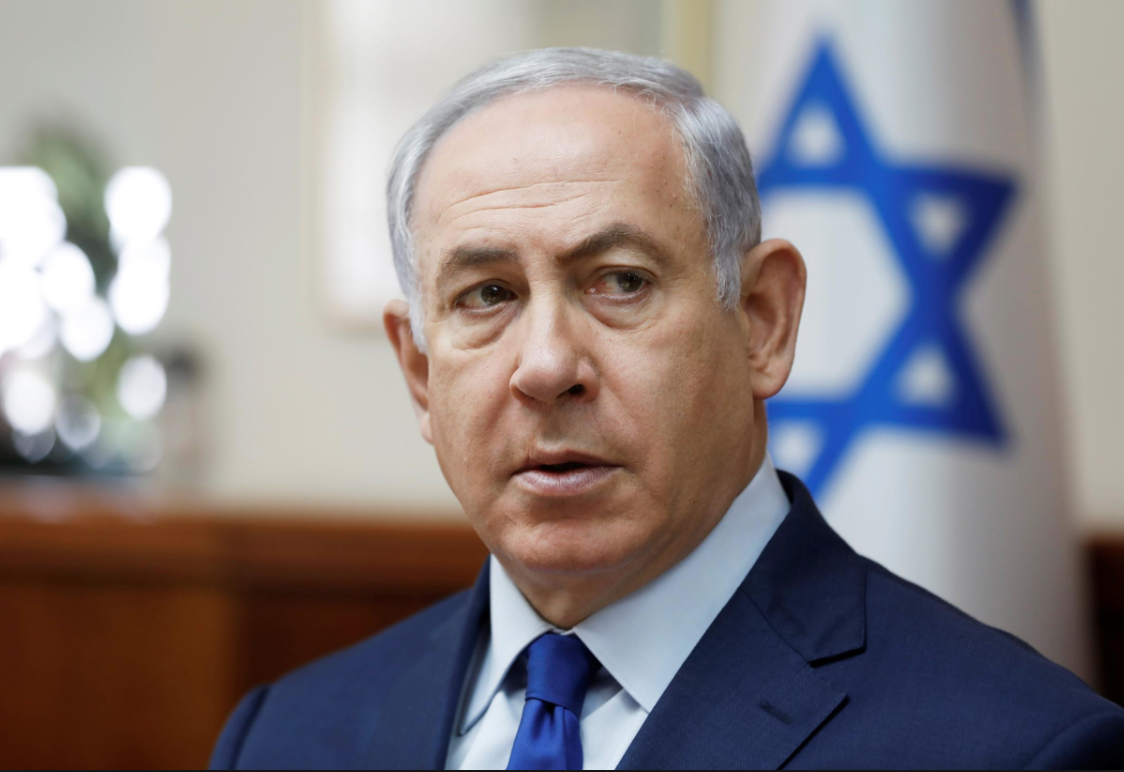 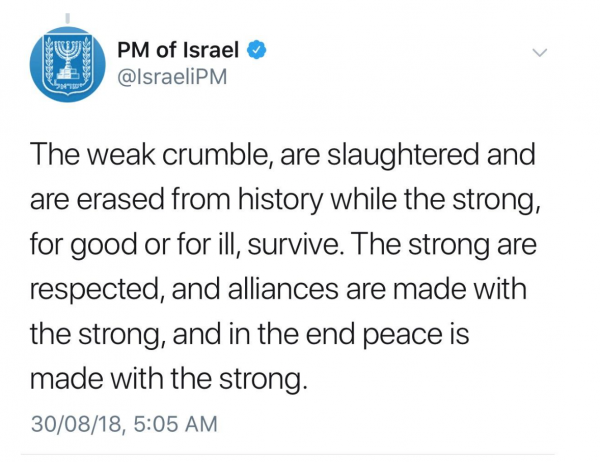 For over 45 years, Israel, widely known to be a nuclear state, has had a deliberate policy of ambiguity over its nuclear capabilities: no testing, no talking and no making threats.

Israel has always argued that upholding the above policy proves that, unlike its neighbouring countries in the Middle East, it can be trusted with possessing nuclear weapons-because it will use its nuclear capabilities purely for defensive purposes and never as a tool to threaten and intimidate others.

But- speaking at a recent event held at an Israeli nuclear research facility, Israel’s Prime Minster, Benjamin Netanyahu, in remarks made to patently intimidate Iran, broke with the above tradition by suggesting that the strong would survive while the weak were slaughtered and erased from history.

Where is the restraint that is supposed to make Israel responsible enough to be trusted with nuclear weapons?

And- why is it that Netanyahu’s horrific rhetoric toward Iran doesn’t seem to attract nearly as much attention in the media as the disputed statement made some 13 years ago by the former president of Iran, Mahmoud Ahmadinejad?

Despite subsequent corrections and clarifications published in newspapers, such as the Guardian and the New York Times, the mistranslation of a 2015 statement made by Ahmadinejad, is still used by Western and Israeli hawks to prove Iran’s intention to see Israel “wiped off the map of the world”.

Yes- Ahmadinejad was a demagogue fool- but no, he did not call for Israel to be “wiped off”, and for those of us who speak Farsi, there was never any doubt that the former president’s statement was mistranslated.

In 2015, Ahmadinejad quoted the late Ayatollah Khomeini’s statement that “this regime occupying Jerusalem must vanish from the page of time” just as the Shah’s regime in Iran had vanished. What he was calling for was a future regime change in Israel, not its annihilation.

But despite experts confirming Ahmadinejad was misquoted, the false narrative of Iran’s intention to exterminate Jews continues to this day in order to pave the path to another bloody war in the Middle East.

And nothing gets us closer to that path than the US’ recent cancellation of its nuclear deal with Iran which was motivated primarily to appease the strongest critic of the deal, Israel.

But Israel’s argument against the Nuclear Deal is based on nothing but misquotations and a pack of lies.

In a theatrical display and with much fanfare, Netanyahu told the world that Iran could never be trusted because it was secretly developing a nuclear program.

But – Netanyahu failed to produce a smoking gun and his claims did not match the CIA’s findings.

On Page 37 of his book “the case against the Iran Deal”, Professor Alan Dershowitz, who is very close to the Israeli Government, produced a quote from the supreme leader of Iran, Ayatollah Khamenei, urging the Iranian military to have “two nuclear bombs ready to go off in January 2005 or you are not Muslims”.

A very strange quote given that Iran has always strongly maintained that its perusal of nuclear power is for domestic purposes only.

Britain’s Lord Lamont exposed the source of the quote to be Jerome Corsi who, according to Wikipedia, is a conspiracy theorist and one of the contributors to the rumour about President Obama not being an American citizen. Do I need to say more?

Israel, a self-claimed democratic country and an ally of the West, should be held accountable by the media for its horrific and warmongering rhetoric as well as its apartheid polices and injustices toward Palestinians.

Men like Trump and Netanyahu assume that they can get away with doing and saying anything. Isn’t it time we proved them wrong by standing united in our outrage?