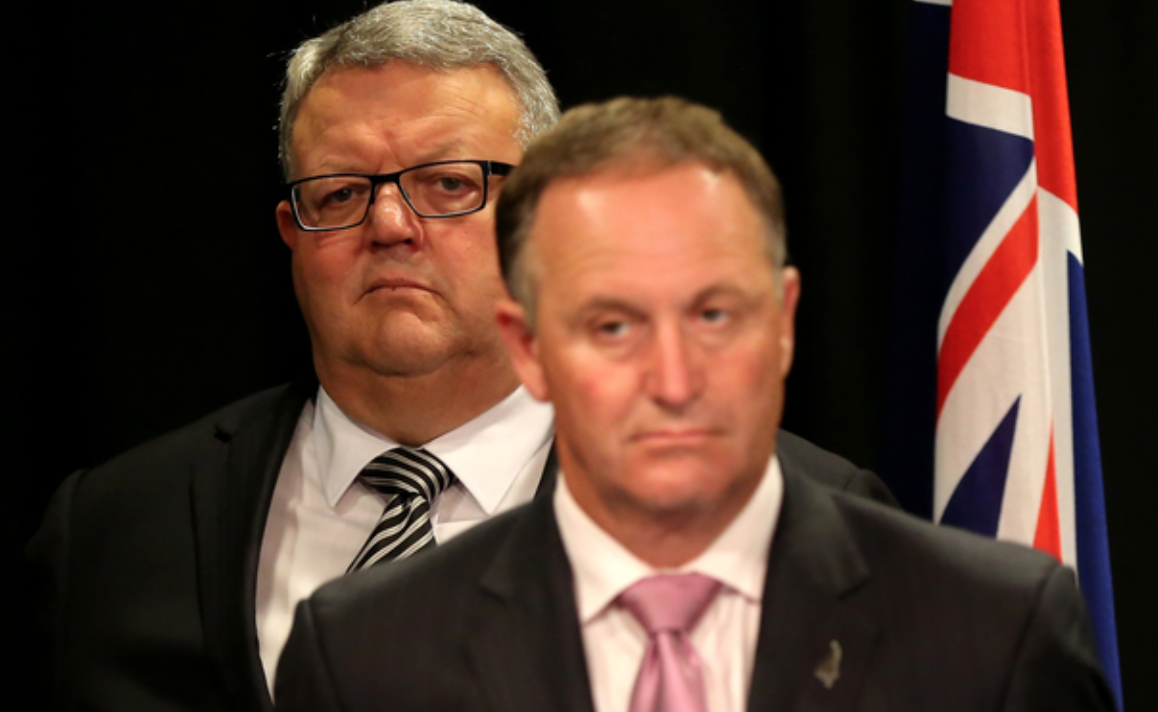 In February this year Minister Curran met with Mr Derek Handley at her Beehive office in her capacity as Minister of Government Digital Services to discuss Mr Handley’s interest in the vacant Chief Technology Officer (CTO) role. This meeting took place after the first unsuccessful recruitment round for the CTO. As with approaches from other interested parties, the Minister directed Mr Handley to register his interest with MBIE officials. Applications reopened for the CTO role in May.

The demotion and removal from Cabinet comes on top of Ms Curran’s unrecorded “secret” meeting at Astoria Cafe with former Radio NZ executive, Carol Hirschfeld, which hit the headlines in March this year.

But not everyone agrees. National Party MP and shadow House leader Gerry Brownlee said it was the “most limp-wristed, wet bus ticket thing” Ms Ardern could do.

He wants her stripped of the broadcasting portfolio as well.

“It’s undergoing a huge amount of change at the moment, and you need a minister that’s pretty active and onto it to make sure that broadcasting legislation is going to be the best for the sort of information and entertainment services that New Zealanders expect.”

It’s almost comical that Ms Curran, who until today held the Associate State Services (Open Government) portfolio has failed not once but twice to answer Written Parliamentary Questions accurately.

Her punishment is a slap on the wrist with a wet bus ticket. She keeps her Ministerial salary and the all the perks that come with that despite demonstrating that she’s not capable of being a Minister.

It’s not good enough that it took Ms Curran five and a half months to correct her answer to a written question and to finally acknowledge she met with Derek Handley, who had expressed interest in the Chief Technology Officer role created by the Minister.”

So covering up secret meetings is okay for a Minister outside Cabinet, just not inside Cabinet. That’s mighty low standards. A meaningful sanction would be removal from the Ministry.

The undisclosed meeting was just as improper as the Hirschfeld one, namely:

If that is not enough to be removed from the ministry, what is?

Good question, Mr Farrar: “If that is not enough to be removed from the ministry, what is?”

Let’s try to answer that question. What would merit removal from office for unofficial, unrecorded meetings?

But in answer to parliamentary written questions, the Prime Minister said he had “no meetings” with representatives of Mediaworks to discuss the deal.

Two days later that answer was corrected, saying he “ran into” Brent Impey at a “social event” in Auckland where the issue was “briefly raised” and he “passed his comments on” to the responsible minister.

Was Key’s “social event” where he “ran into” Brent Impey held at Astoria Cafe by any chance?

“Having said that, the Prime Minister attends numerous functions and is quite likely to have come across Sky City representatives at some stage.”

Mr Key was asked last July in a question for written answer from Green MP Sue Kedgley whether he or any of his ministers had met representatives from the casino to discuss changes to the Gambling Act.

He replied: “I attended a dinner with the Sky City board 4 November 2009 where we discussed a possible national convention centre and they raised issues relating to the Gambling Act 2003”.

So the former PM’s “diary showed no scheduled meetings with Sky City representatives” – but he did have dinner with the entire “Sky City board 4 November 2009 where we discussed a possible national convention centre and they raised issues relating to the Gambling Act 2003“.

Also held at Astoria Cafe, by any chance?

Prime Minister John Key had breakfast with Ian Fletcher just days after he selected a panel to interview candidates for the country’s top spy job.

The pair ate together at Auckland’s Stamford Plaza Hotel on June 17, 2011. Mr Key says the vacancy, as head of the Government Communications Security Bureau, was not discussed.

Three days earlier, Mr Key had signed off on an interview panel for the job, which included then Department of Prime Minister and Cabinet boss Maarten Wevers. Mr Fletcher was the only person to be interviewed for the post, after a shortlist of four other candidates was rejected.

Not held at the Astoria Cafe.

But Mr Fletcher did get the job.

As for Mr Farrar’s question – would the former Prime Minister’s unofficial and unrecorded meetings with Brent Impey, Ian Fletcher, and the entire Board of Skycity Casino quality to be “enough to be removed from the ministry”?

Herein lies a lesson for Ms Curran and other government ministers. If you’re going to have “secret” meetings, follow the National Party’s handbook. They do it much more effectively.

And they get away with it.

National Party pages are removed regularly from their website. Brett Hudson’s page/statement has been saved for future reference.

Mediaworks/TV3: Why wasn’t Clare Curran stripped of all her portfolios?

Disclosure: This blogger had a date with his current partner at the Astoria Cafe. It was very nice.