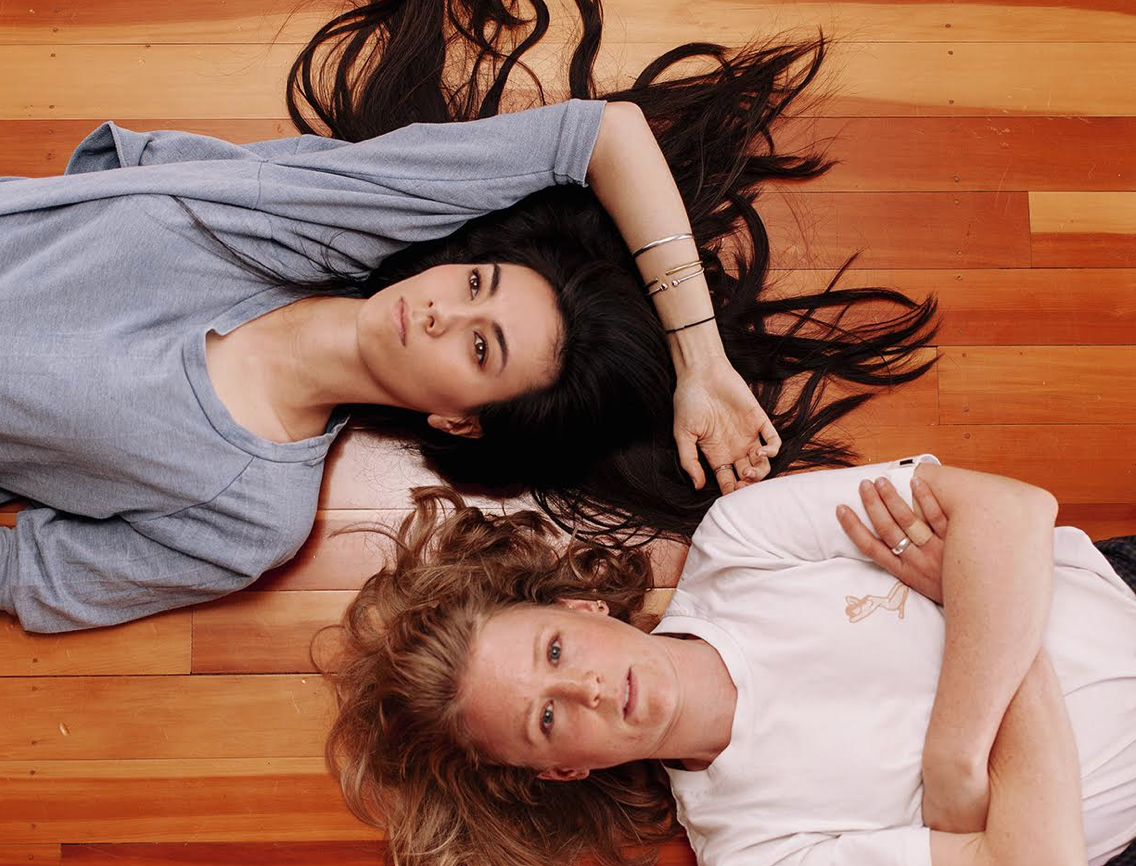 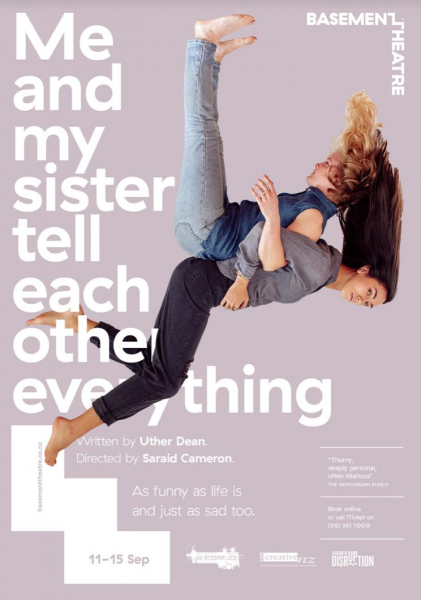 Me and My Sister Tell Each Other Everything

A family-unfriendly play about siblings, suicide and The Sound of Music

“It most definitely is a play to go to if you’re looking for well-conceived, well executed, adventurous drama” – Theatreview

Award-winning playwright Uther Dean (The First 7500 Days of My Life, Everything is Surrounded by Water, Shortland Street) presents his new play Me and My Sister Tell Each Other Everything which explores the ideas of family and mental illness in a way that speaks to young audiences. Directed by Saraid Cameron (Cult Show, TEA) and starring Emily Campbell (When Sun and Moon Collide) and Phoebe Borwick (Shortland Street) this critically acclaimed drama will be presented at Basement Theatre from the 11 – 15 September.‘Murph and Jos Willcott are sisters. So, of course, they hate each other. They love each other too. Because they have to. Then the worst happens and they’re forced together in their family home, literally fighting for their lives. All they have is each other… can that ever be enough?’

The themes around mental illness in Me and My Sister are treated as complex as they are in real life, making a point of difference from work that addresses those themes in pat ways, treating them as easily solvable or, worse, key to creative work. This show is a mental health narrative that rises above the ideas of a rugby player frowning while looking at the sea then having a cuppa with a mate and how that fixes everything. We want people to see what it’s really like. We want people to see that it is hard, but there is always hope.

“I wrote the play for three reasons. The first was I wanted to see the fragile, haunted intimacy that I feel being in a family on stage. The second was that I wanted my sister to know that I love her. The third is that I wanted people to stop killing themselves.” – Uther Dean, Playwright

Me and My Sister goes above and beyond other plays on similar subjects by using the very form of the theatre itself to explore its themes. Rather than just talking about how hard it can be to communicate openly with those closest to you or how trapped and alone mental illness can make you feel, the play moves between fourth wall realism, audience address, poetic post-modern spoken word and songs (written by Dean with Yorick!’s Oliver Devlin) it reflects the characters’ experience of distance and dissociation rather than just discusses it. This is a play that wants to build empathy as well as understanding. The audience won’t just hear about these ideas, they’ll feel them too. This is exactly the kind of raw, woke working that has made My Accomplice a favourite with audiences young and old.

Uther Dean is an award-winning playwright, theatre-maker, writer and comedian. His theatre company My Accomplice has produced over twenty seasons of work, with Uther writing and directing the bulk of the output. He has brought on board Saraid Cameron as director. With collaborator Amelia Reynolds, Saraid has created three shows – STOMACH in Siblings relationships are a bond you share with those humans no one else can understand – you know EVERYTHING about each other, the good, the bad and the ugly (and the naked, drunk, stupid, sad and glorious).

2014 which toured Auckland as part of Basement’s Theatre in Schools program, The Memory Shelf which won Best New Script as well as the Tour Ready Award in the 2015 Auckland Fringe Festival and recently, Cult Show: The Revitalisation of the New Zealand Women’s Archives. Alice Kirker (FLAPS, Iron Eyes, Run Rabbit) joins this team as producer, alongside two-woman cast Emily Campbell (When Sun and Moon Collide) and Phoebe Borwick (Shortland Street).

Described by Metro Magazine as ‘the beating heart of Auckland Theatre’, Basement Theatre is a home to professional and budding theatre artists, comedians, dancers and musicians alike. Renowned for its ability to push the boundaries of artistic expression, Basement Theatre is Auckland’s culture-defining powerhouse.

Basement Theatre nurtures local live artistic voices that are unique and urgent, and aims to inspire and challenge New Zealand audiences and arts organisations, and reflect our diverse identities and experiences. The programme is made up of more than 80% New Zealand content, and more than 50% world premieres.

Basement Theatre is a Charitable Trust, and puts all profits back into the community through its extensive artist development programmes, and risk-share box office model. The organisation is committed to being a part of what makes the performing arts industry, and artists, in Auckland truly sustainable.