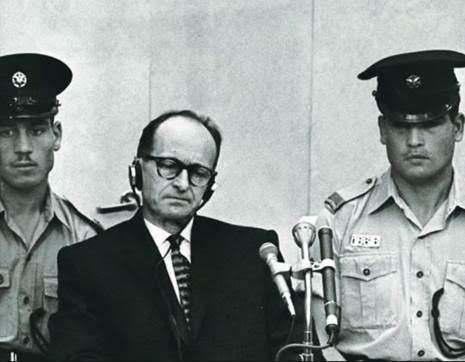 THE PROBLEM OF EVIL has taxed the minds of men and women for millennia. Is evil a force, like gravity, that drags human-beings down into the depths of depravity? Does this force reside in a single conscious entity: immensely powerful and seemingly immortal? If so, is this entity motivated to pour its essence into individual human-beings: transforming them into monsters? Or is it, rather, that certain individuals open themselves voluntarily to the malignant forces of the cosmos: deliberately absorbing them in order to unleash evil upon others?

Many theologians (yes, theologians, because any discussion of evil cannot help straying into the realms of religion and metaphysics) reject the idea of evil as a universal force and dismiss entirely the idea that evil can be personified. Their definition of evil employs the concepts of absence and distance. Evil, they say, manifests itself in the behaviour of people who have become separated from God. (Or, if you prefer, from what is Good.) The more prolonged the absence; the greater the distance; the greater their capacity to behave in “un-good” ways.

Since religion and metaphysics make a great many people living in the twenty-first century uncomfortable, the Problem of Evil is often transferred into the realm of science – most particularly, the disciplines of psychiatry, psychology and neurology.

Of course, if the explanation for evil is neurological – i.e. some form of brain malfunction – then the concept is immediately stripped of its moral dimension. If someone behaves violently, inflicting pain and suffering upon the innocent because of some physical defect they cannot control, then they cannot be considered evil. Dangerous, certainly. But not evil.

The psychiatrists, by contrast, search for the causes of predatory and sadistic behaviour in the individual’s past. Traumatic events, experienced in infancy, are believed to influence the individual’s adult conduct. Violence and cruelty, especially, are thought to manifest themselves intergenerationally. Or, as the English poet, W. H. Auden, expresses the idea in his famous poem, “1 September 1939”:

I and the public know
What all schoolchildren learn,
Those to whom evil is done
Do evil in return.

But, even this approach to the Problem of Evil leaves many people feeling troubled. Since we cannot control the things that are done to us in our infancy then, surely, it is unfair to hold adult individuals responsible for their aberrant behaviour. If the harm they inflict on others is generated by harms inflicted on them, then how can we call them evil? Our unease becomes even more pronounced when we discover that extreme trauma can leave not only emotional, but also very real neurological scars on its victims’ minds and brains. And, if that is true, then, once again, the concept of evil dissolves before our eyes.

Psychology only compounds these concerns. If human behaviour is the result of “drives” impelled by the mitochondria in our cells, our instincts; and if religious, philosophical and ideological systems are overlaid upon these drives in order to control and channel their social effects; then, again, the scope for individual human agency is severely limited. As the American socialist writer, Upton Sinclair, shrewdly observed: “It is very difficult to make a man understand something when his salary depends upon his not understanding it.”

The other great difficulty presented by the Problem of Evil is the way in which human-beings, upon being convinced that a certain course of action is not only entirely justified but entirely right, will proceed methodically to ensure that the course of action is implemented – no matter what the cost.

Dr Stanley Milgram’s horrible experiment, in which people were instructed to inflict electric shocks on participants who failed to answer set questions correctly, offers grim confirmation of this human weakness. Responding to the instructions of the authority figure overseeing the experiment, fully two-thirds of the participants were prepared to deliver potentially lethal shocks. They could hear the person screaming (or thought they could since no one was actually being hurt) but, when ordered by the man in the white coat to “continue with the experiment”, they obeyed.

In a society divided by class, gender and ethnicity there will inevitably be people whose salaries depend upon their willingness to deliver shocks – both real and symbolic – to their fellow human-beings. It is extremely difficult to convince such people that they are doing anything wrong. While the prevailing social and economic system and its practices are believed to be both justified and right, the actions of these people, and the consequences of their actions, will be similarly regarded.

The German philosopher, Hannah Arendt, observing the trial of Adolf Eichmann (one of the leading planners and executors of the Holocaust) in a Tel Aviv courtroom was struck by how ordinary he looked. Could this balding, middle-aged man wearing horn-rimmed glasses and an ill-fitting suit really be responsible for the deaths of six million innocent people? Far from resembling Lucifer, Eichmann looked like a worn-out bureaucrat – which is exactly what he was. Arendt referred to this profoundly demoralising discrepancy as “the banality of evil”.

Because, unfortunately, evil looks nothing like the artist’s impression: there are no horns, no tail, no cloven hooves, no whiff of sulphur. Life would be so much easier if there were! No, if you really want to know what evil looks like, then examine the faces of the people who live next door; the people on the bus; the people in the lunchroom at work. But don’t stop there. If you truly want to examine the face of evil – just take a look in the mirror.