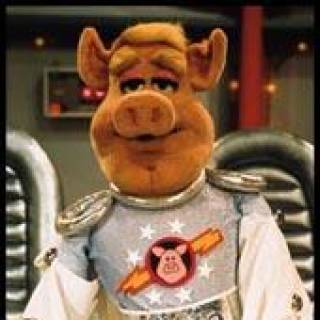 In the constant twitter blitzkrieg from Trump, through the oceans of toxic  politics and the ever growing war against the truth, we would be forgiven if we were somehow lulled into a state of shocked passive apathy that at least Donald as a vengeful chaos actor isn’t here to stay, that his permanence on reality is an unfortunate experiment that has accidentally happened and there is no reason to his madness.

Donald Trump, an American revenge fantasy fuelled on dislocated cultural resentment barking at every car that passes has the silver lining that he’s too controlled by his feral insecurities and internal doubts to pose an ongoing assault against progress.

I think that view of Trump may be accurate, but the handlers around him have learnt fawning flattery are the steering wheel to this President and they’re over arching strategies are the ones being implemented by a President who sees them as just new tools to hammer out his endless seething resentment against the rest of humanity.

‪I get we are all mocking Trump’s ‘Space Force’ but it actually represents a dangerous militarisation of Space.

American Hawks see China and Russia’s new generation of first strike nuclear weapons as a direct challenge to American hegemony and militarising space is a response to that challenge.

Opening up a new frontier of hostility in an area once agreed to be for mutual scientific benefit to humanity isn’t just a crime against shared human achievement, it’s the start of a new weapons race with unstable triggers.

Many have hoped the fawning display by Trump towards Putin was proof positive the Russian Leader has dirt on Trump. I’m not ruling that out, but there is another frame Trump’s jaw dropping response to Putin needs to be viewed through.

The Alt-Right’s love affair with Putin started when Putin made life difficult for Obama. The Alt-Right’s gnawing hatred of Obama was such that anyone who challenged him, even a cold blooded KGB thug, became a hero in their eyes. It was this vortex of spite and vitriol that helped spawn Trump’s brand of political resentment and Trump came to the White house viewing Putin as much a hero as the Alt-Right did.

Trump’s display at Helsinki could be that of a guilty conscience, but it could also be the behaviour of a slathering star struck fan who was meeting his idol.

I fear simply hoping Trump trips up on the Kremlin to end this nightmare early via impeachment for collusion is wishful thinking.

The Hawks around Trump are convinced China is far more economically weak than they pretend to be, and that the best way to avoid direct military confrontation with Beijing is to pull their economy down through a trade war.

This unilateral economic stance has repercussions and we are seeing those in Turkey, the unbelievably stupid decision on Iran and the self inflicted misery of Venezuela.

This plan to destabilise China economically is also dangerous because a wounded China is unlikely to simply regress from the global stage, they are likely to do what any emerging power that is being slowly strangled does – go to war.

We forget how much of an impact economic sanctions by America on Japan had to do with Japan’s decision to strike at Pearl Harbour.

Trump isn’t just a mad dog barking at everything that passes him, his plans, as empty headed as they appear, have deceptively huge ramifications on the rest of us.

Trump really is as dangerous as he is grotesquely offensive.  Donald doesn’t just burn books, he incinerates shared future‬.