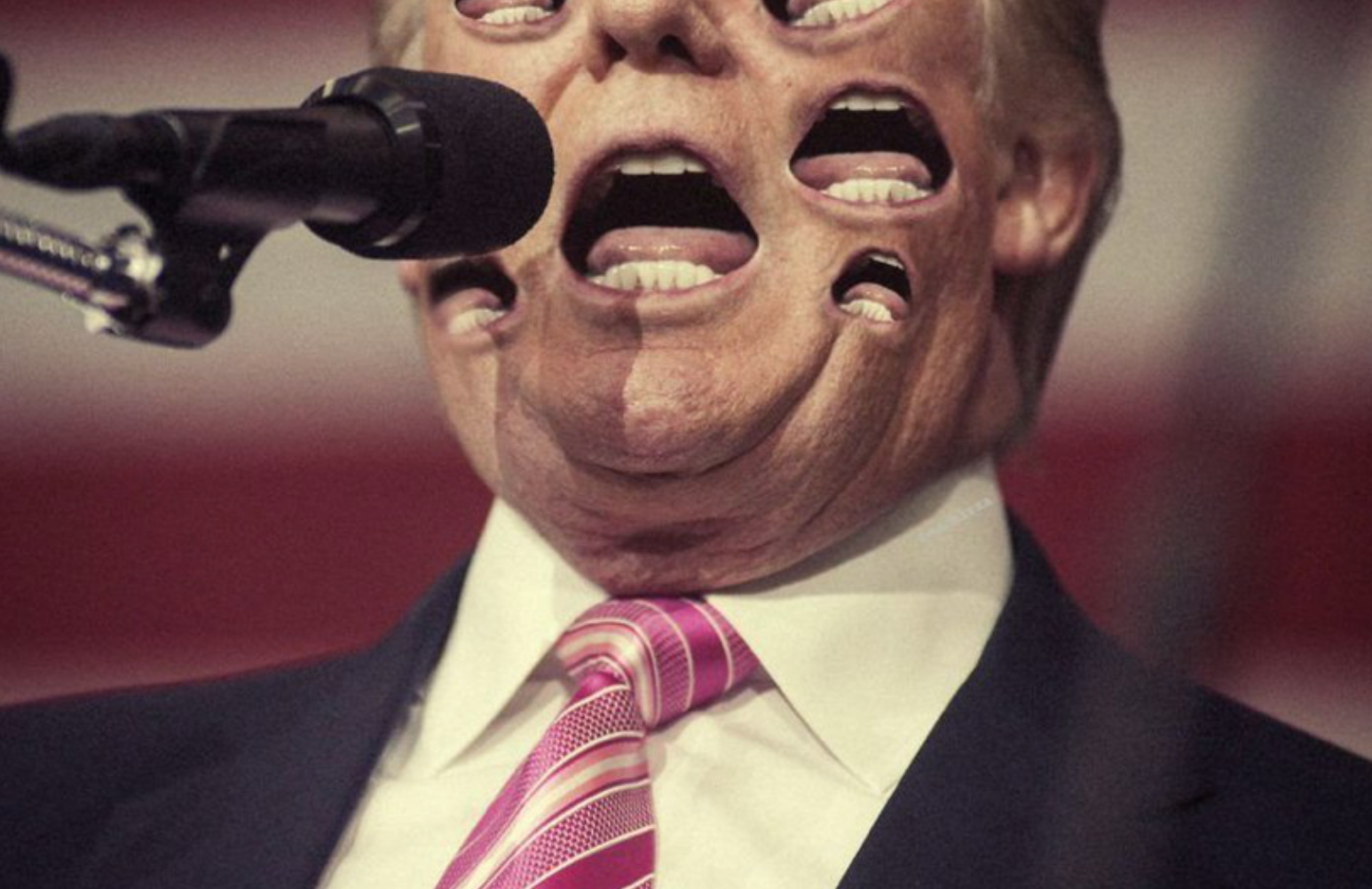 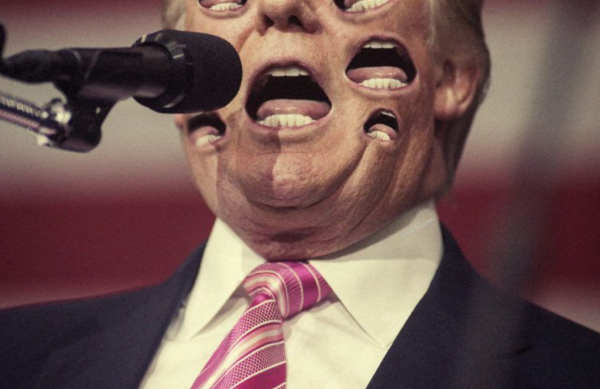 There is a lot of confusion about Trump’s behavior in Helsinki. Is he crazy, a traitor, or dupe of Putin? Nah. It’s not that hard. It’s still about the Great Game for Eurasia. Trump is picking a fight with China which is the main economic threat to US imperialism. China has said it will ignore the sanctions on Iran. Trump wants to test the loyalty of Putin to Xi in the hope of weakening the China/Russia bloc. He wants a new deal.

The confusion is compounded by making this about Trump-the-man and not US national interests. It’s not an oligarch love fest. It’s not about the world conspiracy of White Supremacists or about Trump’s private business empire. It’s about the future of the US Empire.

But empires are passe you might ask, thinking about historical examples like Ancient Greece or Ancient China. You would be wrong. Empire today means a capitalist empire which has its own special characteristics that can be summed up as ‘state monopoly capitalism’.

As the main capitalist nations industrialized in the 19th century, they grew too big for their national markets and began to evolve strong states to aggressively expand at the expense of their rival empires. They had to export capital to escape falling profits at home. The object was to grab global resources and markets from their colonies to boost their profits by any means necessary including trade wars and military wars.

The template was set early in the 20th century as the Great Game between capitalist imperialist Britain and feudal imperialist Russia for control of Eurasia and then the world! It was the rivalry between the European powers to re-divide the colonial world that led directly to World War 1. Britain and France had stolen a march on their rivals pouring capital into pre-capitalist Russia leaving Germany and Japan behind the game.

World War 1 did not resolve this clash of interests – the Russian Revolution created the Soviet Union, and the draconian peace terms imposed on Germany created deep resentments which led ultimately to World War 2.

In both wars the US remained isolationist until its economic interests were directly threatened. In April 1917 the US reacted to the loss of its merchant ships to German submarines, and the threat of Mexico joining the Axis.

In December 1941, the US reacted to Japan’s attack on Peal Harbor. But by this time the US was the dominant global power and assumed that role in framing the post-war settlement at Yalta.

The dominant US occupied Europe and Japan setting the terms of the peace by forming a military ring around the USSR and soon-to-be ‘Red’ China. US isolationism was over and the epoch of US as the global hegemonic power began. The mission of the post-WW2 US imperialism was to defeat the USSR and China and add them to its global domain.

Yet despite its steel ring around Eurasia and the ‘cold war’, which eventually brought the USSR and China to their knees in the 1990s, neither the US nor its EU and Japanese ‘allies’ succeeded in converting them into neo-colonies. On the contrary they re-entered the global capitalist economy largely on their own terms.

Decades of bureaucratic state planning allowed both Russia and China to develop the centralized state economies able to resist penetration and domination by the Western imperialist powers. The usual methods of imperialist penetration of capital to subordinate weaker powers to Western finance capital came up against well buttressed state capitalist regimes. Military domination was checkmated by nuclear weapons. Both Russia and China emerged as new imperialist powers threatening to limit and even challenge US hegemony.

The US responded by doubling down on its aggressive expansionism as the neo-conservatives pushed for war with Russia and China to contain the ‘red menace’. From Reagan to Bush Junior, NATO expanded to the Russian borders, but this together with wars against Afghanistan, Iraq and Iran failed to isolate the Russia/China bloc. In the East, the ring of military bases around China from Japan to Guam was reinforced.

All failed to break down the political and economic barriers to Western imperialist penetration and domination. The neo-conservative mission to recover Eurasia had timed out. Obama’s ‘Pacific Pivot’ was largely a propaganda exercise.

Under Obama, the US Democrats pulled back on expensive military invasions, in preference for limited special ops adventures, standing by while both Russia and China expanded their imperialist spheres of influence in Europe, Asia, Africa and Latin America.

With the neoconservatives seething over the Ukraine and the Democrats stuck in the swamp of unresolved conflicts, neither could halt the erosion of US hegemony. Along came Donald Trump as a cartoon amalgam of former US presidents both isolationist and expansionist to make America Great Again. His brief was to drop the failed policies of the neo-conservatives and the globalisation of the Democrats by balancing the costs and benefits of imperialist hegemony in a period of global capitalist terminal crisis.

As Michael Klare on “Trumps Grand Strategy”  points out, this brief fitted with the Russian and Chinese plan for a tripolar world.

Klare argues that Trump for all his bizarre behavior is into a serious bid to solve US imperialism’s problems by joining the Putin and Xi in a trilateral deal between Russia, China and the US. He thinks that there is nothing stopping the US from ending both neo-liberal and Democratic ‘imperialism’ as bad policy options, and that with the ‘good will’ of Putin and Xi Jinping he could persuade the US to join this deal to end the threat of nuclear war.

However ironic it might seem, this is, of course, the gist of the Sino-Russian tripolar model as embraced and embellished by Donald Trump. It envisions a world of constant military and economic contention among three regional power centers, generating crises of various sorts, but not outright war. It assumes that the leaders of those three centers will cooperate on matters affecting them all, such as terrorism, and negotiate as necessary to prevent minor skirmishes from erupting into major battles.

This left-liberal analysis, drawing on Henry Kissinger, at least gives Trump the credit for having a geopolitical strategy. But it is limited by its focus on geopolitics separated from the laws of capitalist economics. It does not trace Trump’s ‘strategy’ back to the limits of US of post WW2 economic expansion and assumes that it has nothing to gain from military aggression and can realize its national interests in such a peace pact.

Yet this is misreading the nature of imperialism as outlined above and assumes that with good advice Trump can join with Putin and Xi Jinping in a new epoch of world peace. This would mean that the history of wars over the last two centuries were the results of bad leadership and that all that is needed is some good leadership. Here the author indulging in magical thinking in place of the reality that imperialist powers cannot survive in rational Kissinger-type ‘win-win’ deals but must defeat their rivals to survive the ‘zero-sum’ game.

It fails not only to account for the underlying US economic expansionism that pushed Presidents like Wilson and Truman from isolation towards globalism. It also misunderstands Putin’s and Xi’s imperialist interests in promoting their ‘globalist’ policies. And it misreads Trump’s own ‘strategy’ of seeking new methods of restoring America’s greatness by penetrating and dominating its rivals. One can only understand his policy moves towards other imperialist powers and other nations as designed to reduce the costs and boost the gains of the US Empire.

So, for Trump it’s about how much of the globe you can still dominate by making weaker states and the worlds’ workers pay for the declining US economy. His intervention over Brexit shows he wants the UK out of EU so he can weaken both. He wants to force a re-alignment of his former ‘allies’ and ‘foes’ to see how US can come out on top.

Specifically, he is testing Putin on his alliance with China to see if he can weaken it and play them off against each other. Iran is likely to be a big test, as China is ignoring US sanctions. The EU has caved on US pressure to observe the sanctions. Will Putin follow or offer a hand to the EU to evade the sanctions? The latter is most likely as Iran is now part of the Security Cooperation Organization- the Eurasian military bloc led by Russia and China.

Can they reach agreement on the Middle East? The Syrian revolution has seen a realignment of the region towards the Russia/China bloc. The US bloc has been reduced to Israel, Jordan and Saudi Arabia. The Russia/China bloc now includes Syria, Turkey, Iran and Qatar. Al Monitor has a theory that Trump is subcontracting the Syrian war to Russia to allow a further US disengagement.

Maxim Suchkov reports that “prior to the Helsinki meeting, Russia had been expected to deliver primarily three things: guarantee Israel’s security from what Prime Minister Benjamin Netanyahu sees as a growing Iranian presence on the Syrian-Israeli border, curb Iranian influence in the rest of Syria and open up to some kind of engagement with the United States and interested European states — all to ensure America’s own military pullout from Syria. Hence, the statements and moves Russian officials have made in the few days following the Helsinki meeting are meant to signal that Moscow has been delivering on what appears to have been its promises to each party: security for Israel, cooperation with Iran and engagement with the West.”

This may be one part of the new tripolar deal. But what’s in it for the US? Will Kurdistan be traded for a united Korea on terms set by Trump? And how will the two rival blocs deal with the current threat of a working class uprising in Iraq? Can that be managed as part of a Tripolar world? Certainly, they will collaborate in suppressing any renewed Arab revolution as part of the war on terror. But such regional cooperation cannot survive any real test of the core interests of the rival great powers.

This, as ever, is the Great Game between the great powers. It cannot be a “win-win” game. There can be no benign tripolar deal that unites Israel and Iran any more than their imperialist backers. Facing an unstable crisis ridden global economy the rival imperialisms are inevitably locked into a “zero-sum” game. Today it is between the US and a reborn Russian empire, in a bloc with the new Chinese empire, with the EU powers pulled in two both directions.

Protesting Trump is a start, but it will go nowhere unless it becomes a global anti-imperialist movement against all imperialist trade wars, hot wars, genocides, climate collapse, and for a global socialist revolution. And for that to happen we all need to wake up and realise that for humanity to live, capitalism and all of its destruction to lives and planet, must die. We must organize internationally for survival socialism!