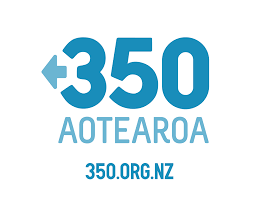 Over the weekend, Climate action group 350 Auckland launched a campaign calling on Auckland Museum to cut ties with the fossil fuel industry. The Museum receives funding from the Stevenson Foundation, the funding arm of the Stevenson Group. Stevenson Group operate the Rotowaro coal mine west of Huntly, and have permits to build another open cast coal mine in Te Kuha on the West Coast.

“We must keep coal, oil and gas in the ground to have a chance of a safe climate future”,said Erica Finnie, spokesperson for 350 Auckland. It’s up to us as citizens of Auckland to insist that the good name of our city and public institutions aren’t connected to coal, oil and gas companies. These companies continue to put their own profit before the needs of our planet.”

The group has launched a petition to the Auckland Museum Board and are in conversation with the Museum.

“We know the Museum take their responsibility to the planet seriously. They are doing great work reducing their carbon emissions and transitioning to solar energy. We urge them to take the next step and disassociate their name from fossil fuel companies like Stevenson Group, who are continuing with their climate-wrecking business practices”.

“The Museum is kaitiaki of 4.5 million treasures. As Aucklanders, it’s our museum. We take younger generations there to learn about where we live, and a key challenge for this generation is climate change. It’s vital that the museum enact its role as kaitiaki and break its ties with this industry causing great harm to the planet”.