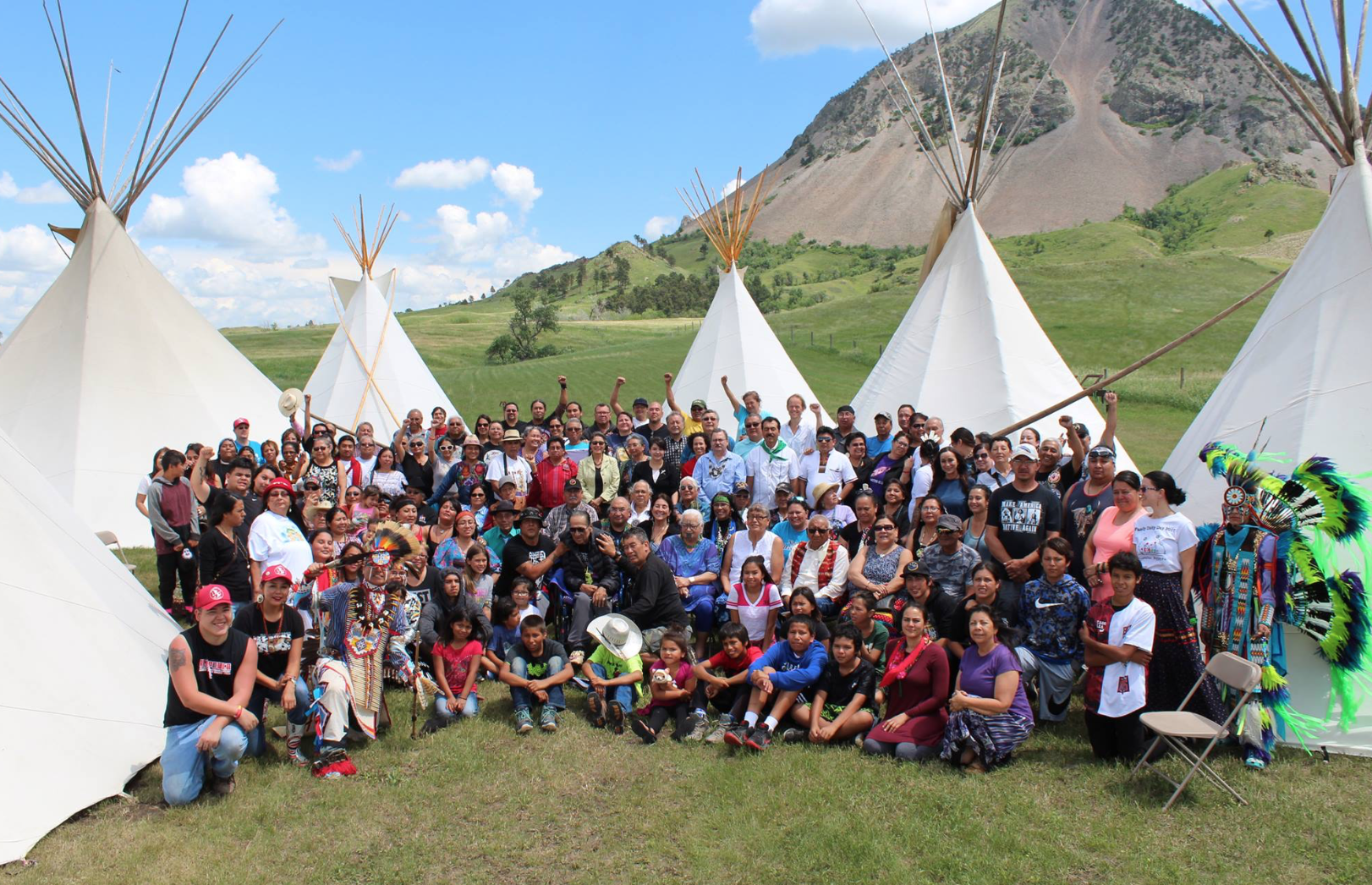 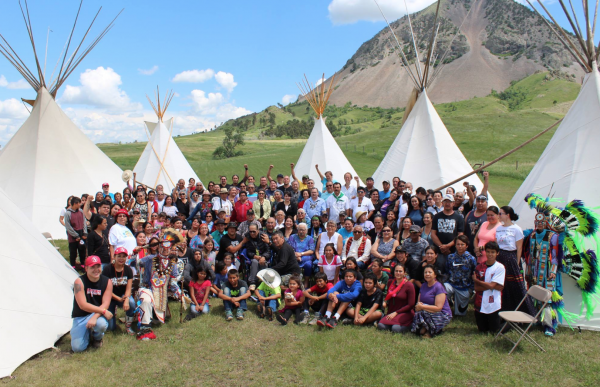 While I was at the Treaty Council, Leonard Crow Dog turned up.

Leonard was born on the Rosebud Reservation. He became a medicine man and spiritual leader with AIM and was part of the occupation of Wounded Knee on Pine Ridge, South Dakota in 1973. As a traditional healer and Sun Dance leader, Leonard has tried to keep Lakota traditions alive and helped build unity among Native American tribes.

I’d spent a bit of time with Leonard back in ’83 when he was still a powerful leader. Today though he’s is in a wheelchair, too unwell to travel by himself. He was only at Treaty Council for a short time, didn’t say anything, and after a while his family took him home.

I felt really sad. I knew many of us would never get to see him again and I thought we should have honoured him while he was there. So I talked to some of the other AIM guys and the IITC organisers about getting him back so we could honour him properly, and on the last day of the conference he came back, and what a difference.

This time, as he came in to the marquee, the drummers started hammering out the beat and everyone stood to sing the AIM song. Spine-tingling stuff! It really lifted the whole audience. Bill Means and others got up to tell some old Crow Dog stories and they presented him with a beautiful star quit. And I led a haka for him and Hinewirangi gave him an awesome pounamu. He spoke haltingly to us all, and then me and one of the brothers took him aside while some fabulous young dancers performed.
Then we wheeled him out in the sunshine for a photo with the whole conference (actually, when he got him outside, I pushed everyone out of the way so we could sit Leonard front and centre! That’s me and Manape on either side of him).

Then, photos taken and farewells said, we lifted him into his car so his family could take him home.
Leonard Crow Dog, it was privilege to know you and to be able to honour you while you were still with us.

Hone Harawira is the leader of the MANA Movement and is currently touring Native American meetings.