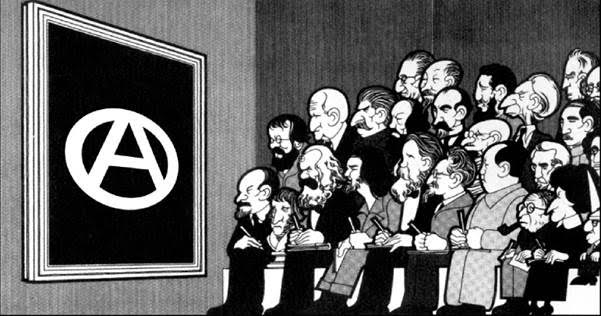 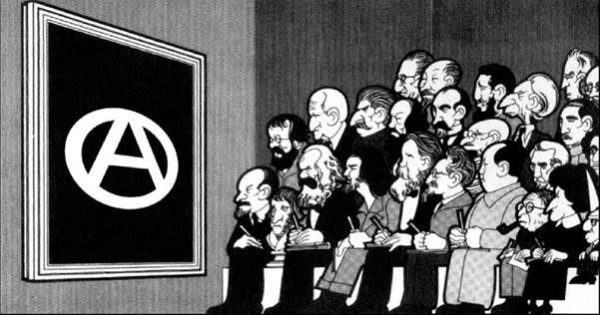 WHERE DO WE GO when both the market and the state have been weighed in the balance and found wanting? How much better-off would the peoples of the world be if, instead of the towering ziggurats of global capitalism, their skylines were dominated by the equally absurd wedding-cake skyscrapers of global socialism? Would the planet be any less ravaged? Would bureaucracy be any less oppressive? Would the individual feel any freer – or less crushed?

The traditional Marxist response to these sort of musings is that socialism, once fully established, would lead to a “withering away” of the state. Karl Marx himself equated life under communism with the manifestation of freedom in its broadest possible sense: “[I]n communist society, where nobody has one exclusive sphere of activity but each can become accomplished in any branch he wished, society regulates the general production and thus makes it possible for me to do one thing today and another tomorrow, to hunt in the morning, fish in the afternoon, rear cattle in the evening, criticize after dinner, just as I have a mind, without ever becoming hunter, fisherman, shepherd, or critic.”

Not a vision that would enthuse too many animal rights activists or vegans! Still, it’s easy to imagine a great many huntin’-shootin’-fishin’ Kiwis saying “Where do I sign-up?” Buried in Marx’s bucolic depiction of his communist paradise, however, is the easily overlooked phrase “society regulates the general production”. Society? Who’s that? And how does s/he “regulate the general production”? Who writes these regulations? Who enforces them? And out of which particular part of Planet Earth is all this “general production” to be extracted? You can see already how many serpents this passage sets loose in Marxist communism’s Garden of Eden!

Mikhail Bakunin, a contemporary of Marx – and a fellow revolutionary – was never one to let glib phrases about society regulating production pass him by without a very close inspection. He understood intuitively that the sort of society the socialists were hoping to bring into existence would necessitate a vast and all-embracing bureaucracy. It was a prospect that gave him considerable pause for thought – and not a few misgivings:

Workers, he said, “once they become rulers or representatives of the people, cease to be workers. And from the heights of the State they begin to look down upon the toiling people. From that time on they represent not the people but themselves and their own claims to govern the people. Those who doubt this know precious little about human nature.”

In those few lines, Bakunin describes the fatal flaw which lies at the heart of Marx’s vision. The flaw that, when Lenin’s Bolsheviks set about establishing the world’s first socialist state in post-World War One Russia, led ineluctably to the monstrous bureaucratic tyranny by which every one of the nations in which “actually existing socialism” held sway was to be so appallingly disfigured.

How to escape from this awful conundrum? Is there no way that the material abundance which human ingenuity’s technological creations makes possible can be equitably distributed? Is there no way of overcoming the private and public bureaucracies so determined to preserve, at any cost, their power to create and administer scarcity? For what else is the state if not an elaborate mechanism for sorting-out (in Leonard Cohen’s arresting phrase) “who shall serve and who shall eat”.

Bakunin’s answer was as unequivocal as it was disturbing. If the state is oppressive by its very nature, then attempting to “take it over” is pointless. No matter how well-intentioned the revolutionaries may be when their banners are as yet unstained by the blood of their comrades, in the very act of exercising power over their fellow human-beings, of administering the state, the revolutionaries’ intentions are altered, distorted and, ultimately, perverted.

That being the case, said Bakunin, the only creditable aim of the true revolutionary is to smash the state: to destroy it; so that human-beings are free to take the “general production” directly into their own hands. Rather that create a brand new structure for power to dwell in, he counselled, keep it homeless. More importantly, learn to do without it altogether. In his own words: “Anyone who makes plans for after the revolution is a reactionary.”

Bakunin, the revolutionary contemporary of Marx, was neither a socialist, nor a communist.

He was an anarchist.