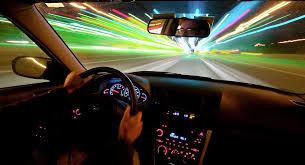 The fear mongering over drug driving has begun…

Last year, 79 fatal crashes involved a driver with drugs in their system, compared with 70 involving an intoxicated driver.

In 2016, 59 fatal crashes involved a drugged driver and 67 involved alcohol. The figures come from testing that is done by authorities following a fatal crash.

“The AA has called drugged driving a silent killer on our roads for years and these latest figures confirm how prevalent drugs are in fatal crashes,” Dylan Thomsen, AA road safety spokesperson, said.

“No one wants someone who is high driving towards their family at 100km/h but right now the chances of being caught drugged driving is tiny. We have to change that.”

The association is repeating its call for the introduction of random roadside drugs testing.

Here’s what’s happening. Cannabis can stay in the blood system far longer than its ability to impair you, so what we will get are a whole lot of drivers testing positive for cannabis, but no clear picture of how impaired those drivers are.

This is exactly what happened with the meth testing. People’s houses were testing positive for meth, but unless meth had been cooked there, there was no toxicity. The toxicity however didn’t matter because meth is illegal, so if you were smoking it, you deserved to be thrown out onto the street, banned from HNZ for 12 months, have your children removed and then getting stuck with all the bullshit contamination costs.

The exact same thing is going to happen with drug driving, we will get a whole bunch of drivers fail the tests because cannabis will turn up in their system and despite it NOT actually impairing their driving, they’ll still get charged because cannabis is currently illegal and our jails will fill.

NZ must be one of the few developed countries where spite and hate make up social policy, where $100m can be wasted for contamination fears that never existed and no one, absolutely no one, is held accountable.

Surely, it’s time for us to have an adult discussion about drug use and impairment rather than the usual bullshit brigade using unscientific reasoning to pass more laws?