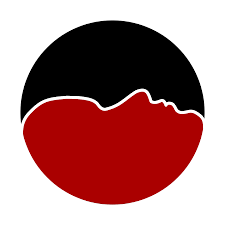 University of Otago mental health expert Dr. Keri Lawson-Te Aho will be speaking at a rally organised by People Against Prisons Aotearoa (PAPA) in Wellington to oppose the building of a 600 bed unit for Waikeria prison.

She will be joined by prominent human rights lawyer Gayaal Iddamalgoda, who ran as an independent candidate for Wellington Central last year on a platform for migrant and refugee rights.

“This prison won’t be ready for use for another 4 years,” says PAPA spokeswoman Kate McIntyre. “It’s not an emergency response to overcrowding. It only shows the Government’s lack of commitment to following through on its election promise and reducing the prison population.”

“Almost a third of people currently in prison are awaiting trial or sentencing and about half of those won’t be sentenced to any time in prison,” says McIntyre. “By repealing the Bail Amendment Act, more than a thousand people could be released.”

“The plans for expansion show that the Government has very little interest in legislative change. It would rather spend $750 million on a new prison than release people who haven’t even been found guilty of anything or who would be eligible for parole if they had an address to be paroled to.”

PAPA is especially concerned about the inclusion of a mental health unit. According to University of Auckland sociologist Ti Lamusse, the suicide rate in prisons is 6 times higher than outside.

“Imprisoning people, subjecting them to daily violence and degradation, and keeping them locked away from their families damages them more,” says McIntyre.

“Mentally ill people shouldn’t be put into prisons. Community support and therapy is far better for everyone involved. Prisons are the least therapeutic and rehabilitative place they could go.”

“The proposed mental health unit is nothing more than a new asylum.”