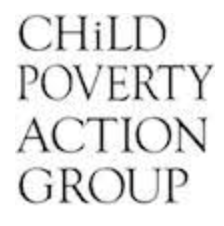 Child Poverty Action Group (CPAG) says New Zealand must take heed of UK studies into the ineffectiveness and negative outcomes of welfare sanctions.
The Guardian reports that a major recent UK study found “benefit sanctions do little to enhance people’s motivation to prepare for, seek or enter paid work. [Sanctions] routinely trigger profoundly negative personal, financial, health and behavioural outcomes.”
Just as in the UK, in New Zealand welfare sanctions have been in place for a long time and have been used much more aggressively in recent years. There are important implications for New Zealand as this study takes a new well-being approach: “Sanctions [in UK] generally delivered poor outcomes, including debt, poverty and reliance on charities such as food banks, the study found. Often imposed for trivial and seemingly cruel reasons, they frequently triggered high levels of stress, anxiety and depression.”
Despite claims by UK ministers that imposing strict work obligations incentivised claimants to move off benefits into work, the study found the positive impact was negligible. The previous New Zealand Government also claimed that work obligations successfully reduced benefit numbers despite little or no information about what happened to beneficiaries once they left the benefit.
While clearly the whole punitive regime in New Zealand needs a thorough overhaul, CPAG is particularly concerned about families on benefits.
“Punitive measures that reduce already meagre incomes are likely to have devastating impacts for children,” says Associate Professor Mike O’Brien, CPAG social security and children’s welfare spokesperson.
“Sole parents and their children have been pushed into an even greater poverty due to sanctions that have ended or reduced their benefits further increasing the high rates of poor mental health among parents and children,” says O’Brien.
A recent CPAG report indicates that core benefit income levels are already staggeringly low compared to the kind of incomes needed to sustain adequate living standards. CPAG notes also that poor policy around the treatment of relationships in the welfare system has similarly devastating impacts. A culture of suspicion and mistrust of beneficiaries means they are subjected to an invasive scrutiny around their private lives. On the flimsiest of ‘dobbing in’ information, Work and Income staff have the power to investigate so-called relationships and cut benefits. Prosecution with imprisonment is a far too common outcome.
” We should be taking a leaf from the UK study and implement policies and processes in the welfare system that reflect evidence that people do much better with encouragement and support rather than ever harsher penalties. Children’s lives are currently at risk in a highly flawed system,” says Associate Professor Susan St John, CPAG’s Economics spokesperson.
CPAG urges the Government, pending the Welfare Expert Advisory Group (WEAG) report on the whole of the welfare system, to abandon all sanctions that impact on children immediately. These sanctions include the serious loss of benefit income for instances when the father is not named, as well as the cuts for petty infringements of rules. Such action would indicate that Government has indeed grasped the alarming nature of the depth of poverty already endured by families on benefits, as highlighted in CPAG’s latest report: Will children get the help they need? An analysis of effectiveness of policies for children in the worst poverty in 2018.