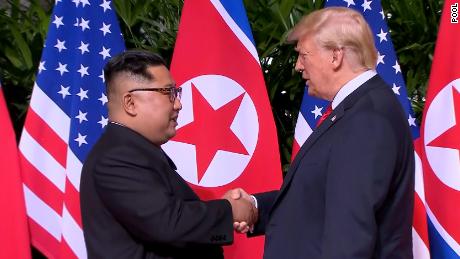 The Left are desperate to vomit all over Trump’s meeting with Kim by screaming with foam that North Korea are terrible human rights abusers.

Why is there a totalitarian dictatorship running North Korea?

Oh that’s right, there was a terrible terrible war that massacred and butchered millions.

America dropped 635,000 tons of bombs on North Korea compared to 503,000 tons of bombs dropped in the entire Pacific theatre of World War II & butchered 15% of their population through an open policy of civilian massacre and carpet bombing…

U.S. officers and soldiers who surveyed the results of the air campaign in Korea were both awestruck and revolted. In his controversial book Soldier, Lt. Col. Anthony Herbert collects reflections on the carnage from America’s most prominent generals of the day.

“We burned down just about every city in North Korea and South Korea both,” recalled Gen. Curtis LeMay. “We killed off over a million civilian Koreans and drove several million more from their homes, with the inevitable additional tragedies bound to ensue.”

LeMay was no newcomer to the horrors of war. He led several B-17 Flying Fortress bombing raids deep into German territory before going on to command the strategic bombing campaign against Japan, including the firebombings of Tokyo.

“I would say that the entire, almost the entire Korean Peninsula is a terrible mess. Everything is destroyed,” O’Donnell said. “There is nothing left standing worthy of the name.”

Perhaps the most scathing account of the destruction came from Gen. Douglas MacArthur.

MacArthur had become a national hero for his exploits as commander of the U.S. Army Forces in the Far East during the Philippines campaign of World War II, and as Supreme Commander for the Allied Powers during the occupation of Japan before he was named Commander-in-Chief of the United Nations Command at the onset of the Korean Conflict.

Despite his long and storied career as an officer, he began butting heads with Pres. Harry Truman over how the war in Korea was being conducted. This led to Truman relieving him of his command on April 11, 1951. MacArthur subsequently testified at joint hearings before the Senate’s Committee on Armed Services and Committee on Foreign Relations to discuss his dismissal and the “Military Situation in the Far East.”

“I shrink—I shrink with a horror that I cannot express in words—at this continuous slaughter of men in Korea,” MacArthur lamented during the hearings.

“The war in Korea has already almost destroyed that nation of 20,000,000 people. I have never seen such devastation. I have seen, I guess, as much blood and disaster as any living man, and it just curdled my stomach the last time I was there. After I looked at the wreckage and those thousands of women and children and everything, I vomited … If you go on indefinitely, you are perpetuating a slaughter such as I have never heard of in the history of mankind.”

…the West whitewashed the Korean war, our only memories of it are from M.A.S.H, there’s no reflection of the horror we unleashed upon the North Korean people and the damage we caused. That level of violence led to the North Korean cult of personality and the decades of poverty.

I’m not suggesting for one second that North Korea aren’t human rights abusers, but the West’s role in causing the damage that empowered this regime always gets lost, especially when so much of the American Left are now wanting to paint Kim as a ruthless dictator.

The truth is that North Korea is a damaged child the west molested and now refuses to acknowledge that damage. The 1950 letter from U.S. Ambassador John J. Muccio authorising commanders in the field to adopt a policy of openly massacring civilians was only investigated recently.

Yes North Korea commits human rights atrocities, but what else do you expect from a  country that lost 15% of its population in 3 years through brutal violence?