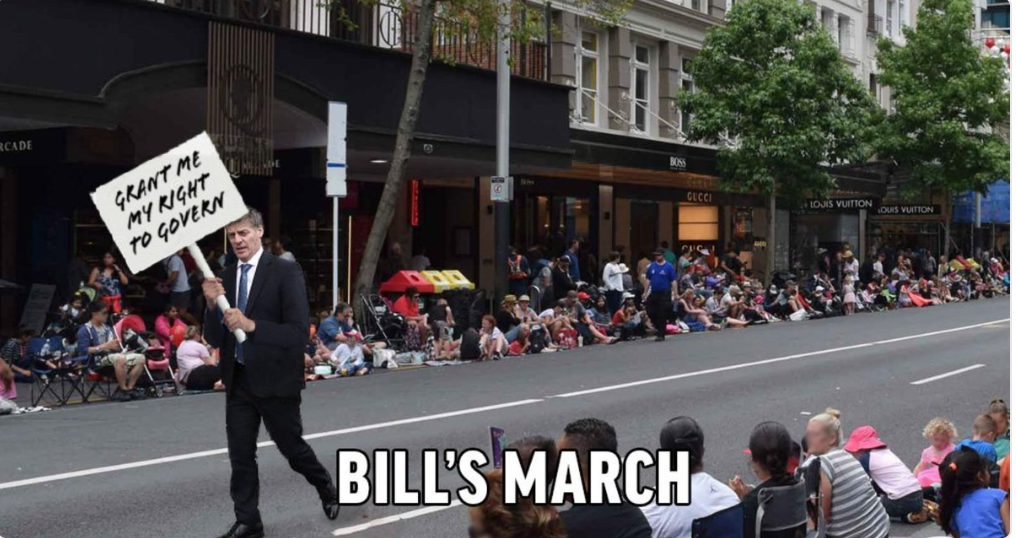 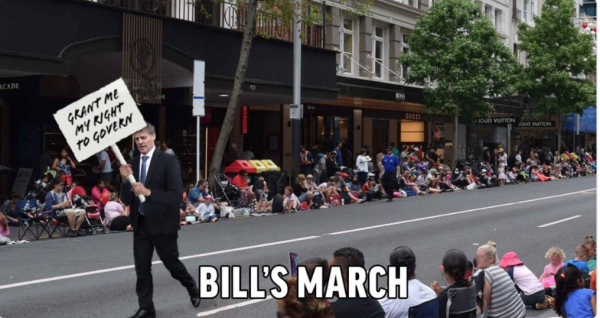 So it’s Sir Bill now is it?

His services to mediocrity shouldn’t;t be rewarded, they should be spurned.

What is Bill’s legacy?

He voted against same sex marriage.

He voted against civil unions.

He voted against prostitution law reform.

He voted for a 2005 bill to try and define marriage only between men and women.

He was actively anti-abortion.

He tried to privatise state houses.

He was in charge of the meth hysteria that blew $100m.

He was in charge of draconian welfare reform that threw tens of thousands off welfare while pushing mass surveillance powers on them.

He drove a tractor up the steps of Parliament to protest against climate change legislation. 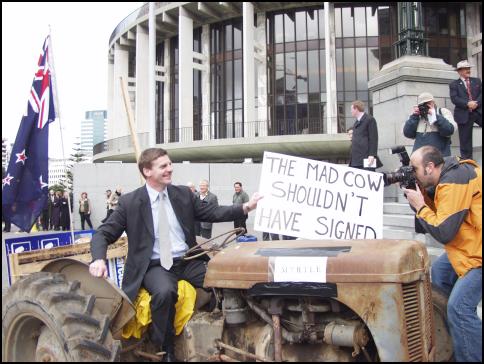 He covered up a war crime and he signed NZ up to a $7billion damages agreement if NZ loses the Kim Dotcom case.

He covered up the Todd Barclay case so he could keep passing legislation in the House.

So he was a anti-abortion, homophobic, climate change denying sadist who caused enormous social harm to the poor because he believed the State had replaced God to those people.