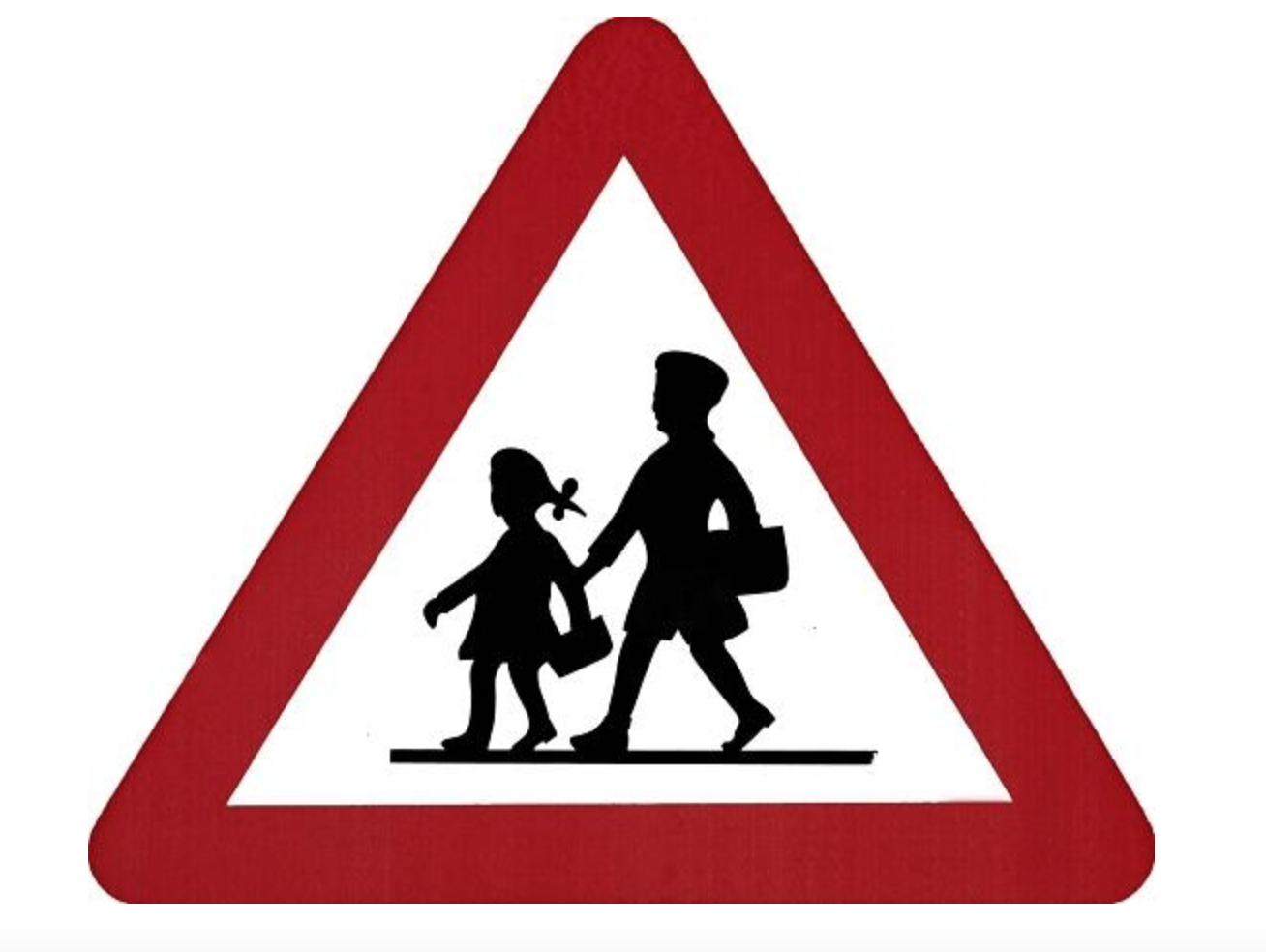 This weekend (26/27 May), two disparate voices called for a more egalitarian society in our country. The voices of Children’s Commissioner, Judge Andrew Becroft, and Chief Executive of the Employers & Manufacturers Association (Northern), Kim Campbell, both made statements on  TV3’s The Nation and TVNZ’s Q+A (respectively), that only a few years ago would have been heresy to neo-liberal orthodoxy.

The neo-liberal economic model demands minimal state intervention in the economy and reliance on private enterprise to provide services and desired outcomes.

Writing for The Spinoff last year, author and journalist, Max Rashbrooke pointed out;

In short: overall poverty hasn’t increased, but its most extreme forms have. In a way, what the [National] government has done is to revive the old and false idea, never far from middle New Zealand’s intellectual surface, of the distinction between the “deserving” and the “undeserving” poor. The in-work battlers get carrots, the beneficiaries who make “poor choices” get mostly sticks. It’s a “distinction” that gets you nowhere, though, because those struggling the most are generally facing even tougher battles or have even fewer informal supports around them, rather than being lazier or more feckless.

The other point, of course, is that just maintaining poverty and inequality at their current high levels is a colossal failure. Under Labour both were falling, albeit slowly; that progress has been lost. The New Zealand Initiative likes to point out that our big increase in income inequality – the developed world’s largest – happened in the 1980s and 1990s, as if that diminishes the problem. In fact it intensifies it. Unfair inequality divides society, creating concentrated neighbourhoods of wealth and poverty, reducing people’s empathy for each other, and lowering trust. Poverty denies people a fair chance to succeed and leaves permanent scars on children. Every day those corrosions are left unchecked is a day lost, a day in which a child’s life is damaged and the social fabric is further rent. The fact that these problems have compounded for twenty years makes them worse than if they had sprung up yesterday. And such extremes – one in seven children living in poverty, while the wealthiest tenth have 60% of all assets – are neither necessary nor justifiable.

Beneficiary incomes were flat or declining in real terms. The trajectory of incomes after deducting housing costs (AHC) is less favourable for the medium to long-term picture as housing costs now make up a much larger proportion of the household budget for most…

For under 65s, over the whole bottom quintile, housing costs account on average for just over half of household income (51%), up from 29% in the late 1980s.

The same MSD report also briefly referred to the wealthiest in our country;

[Note: “Quintile“: Any of five equal groups into which a population can be divided according to the distribution of values of a particular variable.]

In a report this year, Oxfam revealed a ‘snapshot’ of inequality in New Zealand;

A staggering 28 per cent of all wealth created in New Zealand in 2017 went to the richest 1 per cent of Kiwis. While the 1.4 million people who make up the poorest 30 per cent of the population got barely 1 per cent, according to new research released by Oxfam today.

The research also reveals that 90 per cent of New Zealand owns less than half the nation’s wealth.

“Trickle-down economics isn’t working. The extreme gap between the very rich and the very poor in our country is shocking. As new wealth is created it continues to be concentrated in the hands of the already extremely wealthy.

2017 was a global billionaire bonanza. This is not a sign of success but of economic failure. Experts are clear, high levels of inequality are bad for economic growth – for everyone except the small number of super-rich, who on a global scale are often able to translate their disproportionate control of resources into disproportionate influence over political and economic decision making. This can lead to policies that are geared towards their interests, often at the expense of the majority.

To end the global inequality crisis, we must build an economy for ordinary working people, not the very few rich and powerful.”

Ms Le Mesurier added something that may not be quite so obvious to some – at least not for those who traditionally vote National;

“Kiwis love fairness, not inequality. Governments can tackle extreme inequality here and globally by ensuring the wealthy and multi-nationals pay their fair share of tax by cracking down on tax avoidance – then using that money to make our country and the global economy a fairer place.”

Since 2008, between 1,053,398 and 1,152,075 New Zealanders – roughly a quarter of the population – have voted for a party that has over-seen a worsening of extreme poverty; falling home ownership; and rising homelessness.

Despite not wanting to measure child poverty in 2012,  five years later, Deputy PM Paula Bennett had to concede the enormity of the crisis that National had ignored for so long;

“We had no idea how much it was going to cost. We had no idea it would ever be this big… In hindsight, you always wish you’d gone earlier”.

Thanks to National’s negligence – and supported by over one million voters – our homelessness is now the worst, according to an international report last year;

YaleGlobal Online, a magazine published by the prestigious US university, says “more than 40,000 people live on the streets or in emergency housing or substandard shelters” – almost 1 percent of the entire population, citing OECD statistics.

On 26 May, interviewed on The Nation by Lisa Owen, Children’s Commissioner Judge Andrew Becroft said what *most* New Zealanders know in  their hearts to be axiomatic – or the bloody obvious, in Kiwispeak;

“…The gap is now massive. We dropped the ball on policy for children. I think one of the big, I guess, platforms of our office, the one thing I have to say clearly, is we need to have a community-wide consensus on policy for children. We haven’t had that. We could do it. Other countries leave us behind. Scandinavian countries have parental leave for 16 months. They have free school lunches for preschool and school children for the whole community, free doctor and dental visits, good social housing, free early childhood education. That’s what we need. We’ve never had the systemic commitment to a good policy for children.”

However, to prove that not all is lost, and that New Zealand can excel – we are the eighth largest milk producing nation on the planet;

Without doubt we display incredible efficiency when it comes to our agrarian sector.

Not so good, however, when it comes to ridding our shores of child poverty and homelessness.

In our rush to achieve neo-liberal nirvana after thirtyfour years of economic “reforms” and the engendering of hyper-individualism, New Zealanders can only look with envy at Scandinavian countries.

Even Employers & Manufacturers Association (Northern), Kim Campbell lamented on TVNZ’s Q+A on 27 May;

“In fact, a government who has stepped right away from the state housing story completely. You know, when I was growing up we had the Ministry of Works building state houses, which were made available through suspensory loans and so on. That’s all gone. And you’re seeing the outcome there. So, frankly, we could fix it if we wanted to.”

But there is no Ministry of Works anymore. It was privatised in November 1996.

We now have to rely on private enterprise to build houses.

We now have families living in garages; overcrowded houses; and cars.

We now have greater income inequality and extremes of poverty.

So as Mr Campbell said on Q+A;

“And you’re seeing the outcome there. So, frankly, we could fix it if we wanted to.”

[* The Right love League Tables, so that particular one should be in no dispute.]

The Spinoff: Why the attacks on National over poverty and inequality are unfounded – mostly

Mediaworks/Newshub: NZ’s homelessness the worst in OECD – by far

UNICEF: Building the Future – Children and the Sustainable Development Goals in Rich Countries

Wikipedia: Ministry of Works and Development

Treasury NZ: Income from State Asset Sales as at May 2014

TVNZ:  Tax is vital for reducing inequality but NZ is not collecting enough of it – Oxfam report

Once were warm hearted

National’s new-found concern for the poor