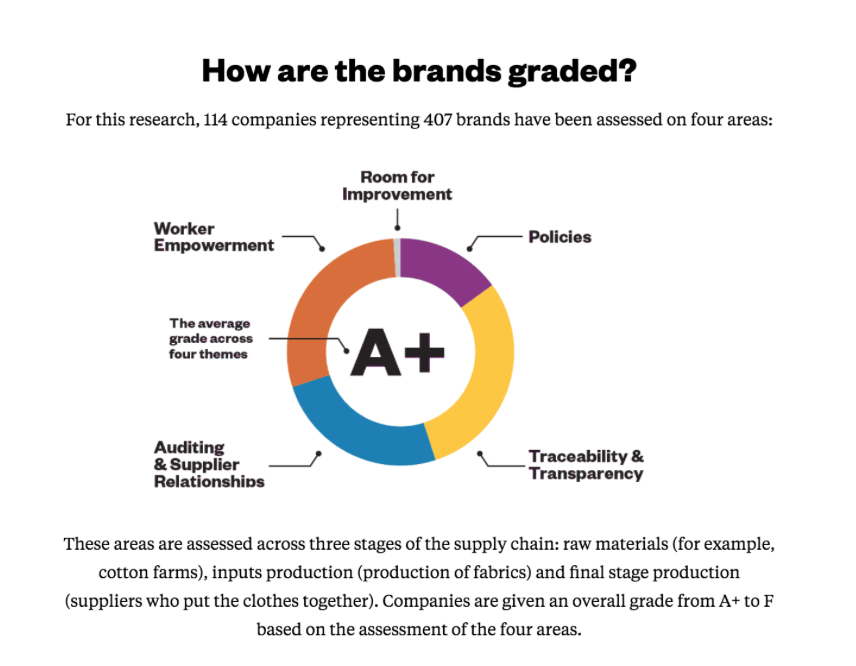 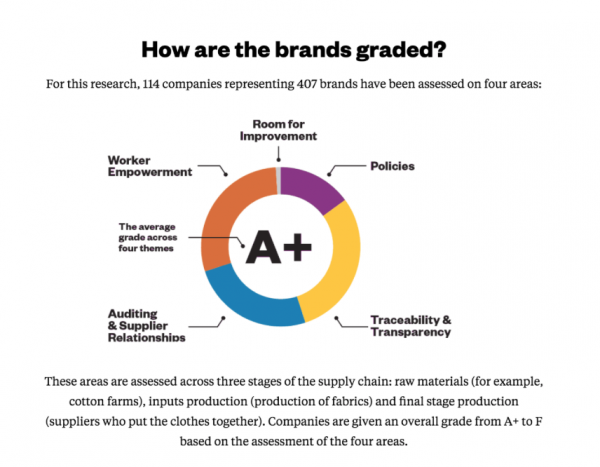 Slavery was historically condoned due to scientific and religious beliefs. Today, the driver of modern slavery is no longer shackles and slave ships; rather one of the major contributors is consumer choices and an insatiable demand for cheap and fast clothing. The repercussions for those workers manufacturing the clothing (which are more prominent in developing countries) are sweatshops, meagre wages and working conditions that no New Zealander would ever consider acceptable.

As Kiwis, we like to think of these issues as ‘far away’ or not our problem to own. However, the truth is many New Zealand consumers purchase imported clothing and are therefore contributing to this problem without realising it. Rather than remaining naive, we propose that Kiwis become more accountable for their actions.

The 2018 Tearfund Ethical Fashion Guide was recently released. This report tracks the systems that companies have in place to uphold the rights of workers and to trace the supply chains of garments from the cotton field to the final product. Ultimately, the business/brand receives a grade from A-F, indicating the ethical standard of the company. This grade aims to provide information to consumers that wish to make informed purchasing decisions, a similar concept enforced at restaurants to grade health standards.

It is here that we pose the question: should it be mandatory for clothing stores to be graded? The grading system would encourage greater transparency and be effective in endorsing ethically produced clothing from a legislative and social accountability perspective. It is currently fashionable to use words such as ‘sustainable’ or ‘ethically produced’ in marketing, but who holds these stores accountable for verifying such statements?

With the current political talks around the potential introduction of the ‘Modern Slavery Act’, it is a prime time to have this discussion. In the NZ Herald on the

18 April 2018, Minister Iain Lees-Galloway, Minister of Immigration, was quoted saying that “the prevalence of human trafficking and slavery, both in New Zealand and in our global supply chains, is an increasing concern not just for the Government but also for businesses and consumers”. This is a large issue with no simple answer, but could the government partner with organisations such as Tearfund who are a global stakeholder and have credible existing systems and research?

Finally, in boiling the issue of ethically produced clothing down to how the individual can combat modern slavery, we challenge you as the reader to look at the Tearfund Ethical Fashion Guide. Begin to ask questions about “where are my clothes made? Do they come from factories where workers are treated fairly, with a decent livable wage and working hours?”.

How comfortable would you be to eat at a restaurant graded an ‘F’?

Buying clothing with the same rating should give you the response of revulsion.

The Tearfund Ethical Fashion Guide can be found here https://www.tearfund.org.nz/ethicalfashionguide

Bio: Katherine Macdonald, Stephanie Greenfield, Abdulla Kalisy and Hannah Williamson are 3rd year Massey University students. The group are working on a public engagement project which seeks to bring awareness to the Tearfund Ethical Fashion Guide and also to encourage the discussion of whether it should it be mandatory for clothing stores to be ethically graded.