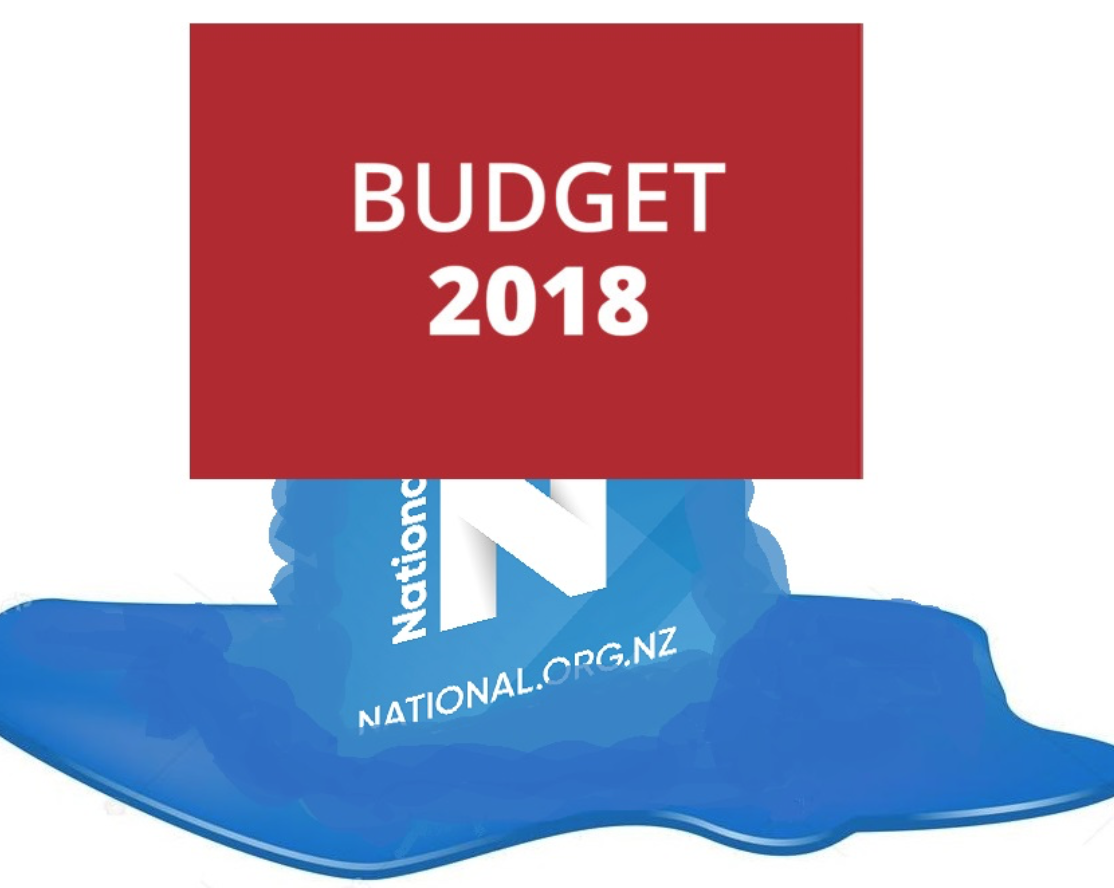 National is at it again;  indulging in rank hypocrisy by criticising the Labour-NZ First- Green Coalition Government of policies that they themselves carried out.

This time, the National Party’s finance spokesperson, Amy Adams, has accused the Coalition Government of “hiding away debt” in SOEs. Speaking to Mediawork’s Newshub, she protested;

“…If you actually look at where Grant Robertson has hidden another six billion dollars of borrowing in Crown entities, total borrowing has actually gone up almost $17 billion. And if you look at it in that way, it’s going to take up our debt-to-GDP ratio to above the 20% target in 2022. So I think he’s being very tricky in fudging the numbers and hiding $6 billion more debt in that Crown entity space.”

Ms Adams has apparently “forgotten” that the previous National government did precisely what she is now alleging that the Coalition is doing.

By  2009, the Global Financial Crisis began to heavily impact on the National Government’s tax revenue. Except for GST, company, individual, duties, and other revenue were down;

Despite the fall in taxation and other revenue, National proceeded  with it’s first tranche of tax cuts in April 2009. According to then-Finance Minister, Bill English, the 2009 tax cut represented a $1 billion loss of revenue to the National government;

“About 1.5 million workers will receive a personal tax cut, injecting an extra $1 billion into the economy in the coming year.”

This presented a serious problem for National, as it was borrowing $450 million per week, by December 2009, according to BNZ Capital economist, Craig Ebert.

This left National in dire straits. Government revenue was collapsing; borrowing was ballooning – and worse was to come. National had tax cuts planned for the following year. They would be estimated to cost government at least $2 billion in lost revenue.

National’s Cabinet came up with a novel ‘solution’: State-owned enterprises would be treated as ‘cash cows’. Each SOE would be instructed to borrow to their maximum limit and “… release all surplus capital to the shareholder as special dividends“.

In May 2009, then-SOE Minister, Simon Power, issued this letter to all relevant state owned enterprises. Note the red-highlighted portions;

By November 2011, a Treasuring scoping-study revealed that Solid Energy was experiencing severe financial problems. National’s Ministers were officially advised of Solid Energy’s precarious financial state, but this would not become public knowledge until two years later, in February 2013.

By August 2015, Solid Energy was placed into voluntary administration. By March this year, the liquidation process was near to completion.

Interestingly, the Herald story announcing the final stages stages of liquidation stated only;

There was no mentioned of the tens of millions of dollars expropriated by the National government after it’s letter-of-demand from Simon Power in 2009.

Neither was there a mention of the debt levels forced upon Solid Energy;

In fact, Solid Energy was bankrupted not only because of it’s high debt levels (four times higher than in 2008/09), but because National demanded 65% of cash reserves to be paid to the government as “special dividends”, as the CCMAU document below shows;

Neither did it help when  National abruptly reneged on it’s subsidy to Solid Energy to  generate bio-fuels. National implemented it’s subsidy in 2008 – and scrapped it in 2012.

That decision left Solid Energy with a bio-fuels subsidiary (Biodiesel New Zealand) that was suddenly uneconomical to produce.

Adding insult to injury, and perhaps one of former Dear Leader  John Key’s worst case of misdirected blame-gaming, he lamented the collapse of Solid Energy;

“The causes of the financial crisis at Solid Energy are the usual suspects in failing businesses – too much debt, unsuccessful investments and no reserves to weather a slump in coal prices.

Prime Minister John Key’s comments yesterday indicated these problems and pointed the finger at an imprudent amount of debt and investments that have not returned any cash yet.

Key said the debt had climbed to $389 million when “typically coal companies do not have a lot of debt on their balance sheets”.

Through incompetence;  election year tax bribes that sent sovereign debt soaring and government deficits ballooning; SOE management that failed to assert independence from Ministerial interference; a willingness to strip SOEs of their cash; and demanding that they ramp up their “gearing” (borrowing/indebtedness) – like a fiscal vampire, National sucked Solid Energy dry.

So that combined with the removal of biofuels subsidies and a collapse in international coal prices, the final ‘leg’ of the three-legged stool – unsustainable debt and depleted cash reserves – was enough to send Solid Energy spiralling down into bankruptcy.

It is against this backdrop of “hidden borrowing” by National, that undermined and destroyed one SOE, that Ms Adams is now accusing the Coalition government of the same thing.

National has a distinctly predictable habit of blaming it’s political opponents for behaviour that it itself is guilty off.

Postscript: Amy Adams was elected into Parliament on 8 November 2008. She therefore shares collective responsibility for the  demise of Solid Energy, along with her colleagues, Bill English, John Key, Tony Ryall, and Simon Power.

The Standard: The real reason Solid Energy is failing

The Standard: Has John Key jumped the shark?