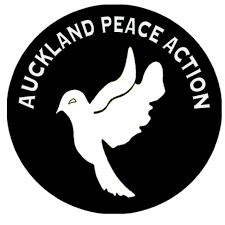 “The two ministers met to discuss trade, energy and other links between the two countries. Yet somehow, New Zealand’s Minister of Foreign Affairs didn’t bother to address the UAE’s role in creating the world’s worst humanitarian crisis with more than two million people displaced and millions more living on humanitarian assistance. The UAE is heavily involved in the Saudi war, bombing and mass starvation campaign in Yemen. It’s disgusting.”

“This government asserts that it wants to be a good citizen globally. Yet it has failed to act with any integrity in dealing with the UAE government. In an interview with Reuters, Yemeni Nobel Peace laureate Tawakkol Karman has called for an end to the military occupation of her country by Saudi Arabia and the UAE. We should respect that demand and honour the civilian population of Yemen, not cuddle up with war criminals with the hope of selling more butter and lamb.”

“The evidence does not support the idea that doing business with a country allows New Zealand to have a meaningful role in changing human rights norms or promoting democratic structures. It is hypocritical for the government to say it cares about global human rights and international law, and then conveniently ignore them when it interferes with making money. War crimes cannot be diluted with a liberal dose of New Zealand butter.”

“The people of New Zealand deserve better leadership, and the people of Yemen desperately need it.”