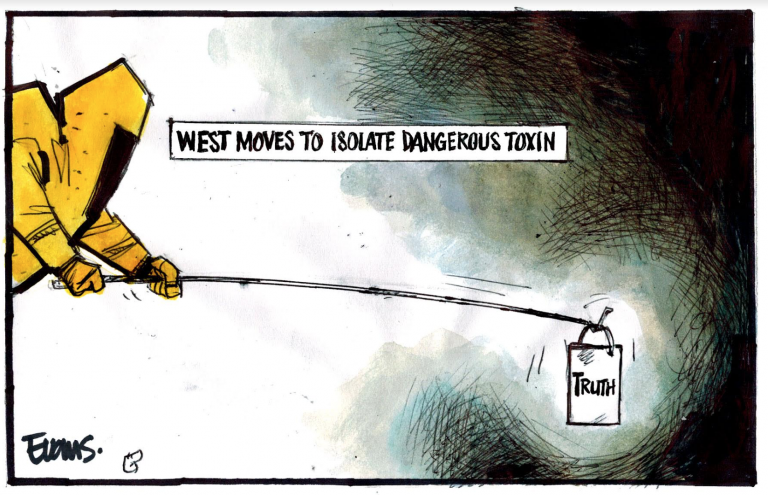 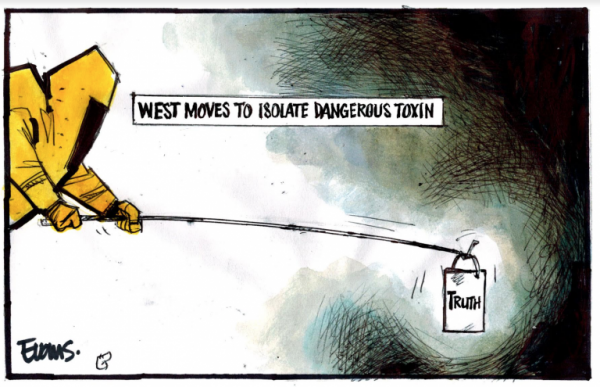 This is making the claim that there was a gas attack in Syria very difficult to believe.

Robert Fisk is one of the great journalists of our age…

This is the story of a town called Douma, a ravaged, stinking place of smashed apartment blocks — and of an underground clinic whose images of suffering allowed three of the Western world’s most powerful nations to bomb Syria last week. There’s even a friendly doctor in a green coat who, when I track him down in the very same clinic, cheerfully tells me that the ‘gas’ videotape which horrified the world – despite all the doubters – is perfectly genuine.

War stories, however, have a habit of growing darker. For the same 58-year old senior Syrian doctor then adds something profoundly uncomfortable: the patients, he says, were overcome not by gas but by oxygen starvation in the rubbish-filled tunnels and basements in which they lived, on a night of wind and heavy shelling that stirred up a dust storm.

As Dr Assim Rahaibani announces this extraordinary conclusion, it is worth observing that he is by his own admission not an eye witness himself and, as he speaks good English, he refers twice to the jihadi gunmen of Jaish el-Islam [the Army of Islam] in Douma as “terrorists” – the regime’s word for their enemies, and a term used by many people across Syria. Am I hearing this right? Which version of events are we to believe?

I’m as highly skeptical of the rush to blame Russia for this Syrian gas attack as the whole poisoning of the Russian spy on British soil.

There seems to be an enormous amount of manipulation going on and in the instantaneousness of social media it is becoming impossible to work out when we are being lied to and when we are not.