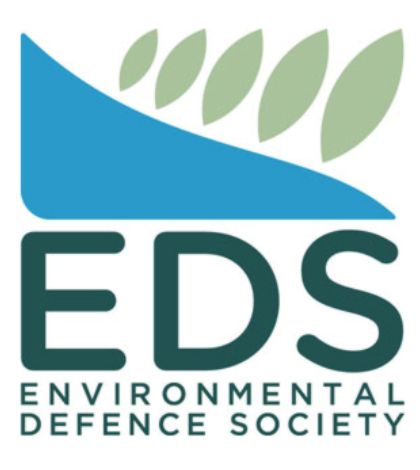 The Environmental Defence Society today launched its latest publication ‘Voices from the Sea’ which is the result of an in-depth investigation into the operation of New Zealand’s inshore fisheries management system. Authored by EDS Policy Analyst Raewyn Peart, the book evaluates whether the current approach is supporting thriving fisheries and communities, supported by healthy marine ecosystems, for the benefit of current and future generations of New Zealanders.

“There has been a lot of competing rhetoric about our fisheries management system and we were keen to find out what was actually happening on the ground,” said Ms Peart.

“We interviewed 60 people who were closely involved in coastal fisheries including independent fishermen, quota owners, fisheries managers, recreational fishers, scientists and environmentalists. This is the first book on fisheries management in New Zealand to record these views.

“Although there have been some notable successes, such as the recovery of snapper stocks, overall we found a fisheries management system that is failing to deliver in a number of important respects.

“EDS concluded that the problems are of such a serious and inter-connected nature to warrant a fully independent statutory inquiry into the fisheries management system.

“To start with, we are simply not managing most of our inshore stocks.

“It is over a decade since the total allowable harvest level has been adjusted for any finfish species in the Hauraki Gulf, for example, and species such as red gurnard, trevally and flatfish have not been attended to for over 30 years.

“This is largely due to a chronic lack of investment in relevant science. After more than 30 years of the quota management system, we still don’t know enough about most of our inshore fish stocks to make informed decisions – we are flying blind.

“This is compounded by the underlying fragmented structure of the management system. Inshore fisheries have been divided up into 400 individual ‘stocks’ which we try to manage separately – an impossible task in itself.

“But such a siloed approach is blind to interactions between species, and between species and the marine environment, thereby ignoring biological realities. This can be a particular problem with many inshore stocks.

“In addition, many of these stocks are spatially defined by large quota management areas which bear little or no relationship to actual fish populations or local communities of interest.

“Things can go badly wrong as a result. A case in point is the sad state of localised flatfish populations in the Kaipara Harbour, which are part of a quota management area encompassing the entire top half of the North Island.

“However, where the system has most grossly failed is in protecting the marine habitats essential for future fish production, as well as for the health of our marine environment more generally.

“When you look around the country there are multiple examples of the marked decline of fisheries, and in some cases total collapse, linked to habitat degradation and loss.

“The most stark example is the Challenger scallop fishery. Heavy scallop dredging of Tasman and Golden Bays, over many decades, has helped tip this once highly productive system into a muddy desert. A scallop industry, worth over $90 million per annum at its peak, has now collapsed.

“Nearby, land-sourced sediment continues to choke the Marlborough Sounds, and in combination with trawling and dredging impacts, is taking its toll on fragile stocks such as pāua and blue cod.

“Such impacts will almost certainly become more marked in the future with the growing cumulative impacts of climate change and invasive species.

“Despite such concerning cases, there has been no discernible fisheries management response, and we still lack measures to avoid such habitat loss in the future. This is notwithstanding the many positive examples of such action being taken in other countries.

“This is the element of our research that I found most alarming, because such habitat changes can be very difficult, if not impossible to reverse.

“Our study also investigated the structure of the commercial fishing industry. Inshore fisheries quota is now largely controlled by three corporate entities. This is associated with a range of economic drivers which is making it difficult for remaining independent harvesters to stay in the industry.

“We are hopeful that Minister Stuart Nash will announce an independent inquiry and are keen to input the results of our research. We note the commitment in Labour’s election policy to ‘Institute an independent review of the performance of both MPI and the Quota Management System.’

“We urgently need to rebuild our fisheries management system so that it serves the interests of all New Zealanders including future generations,” concluded Ms Peart.