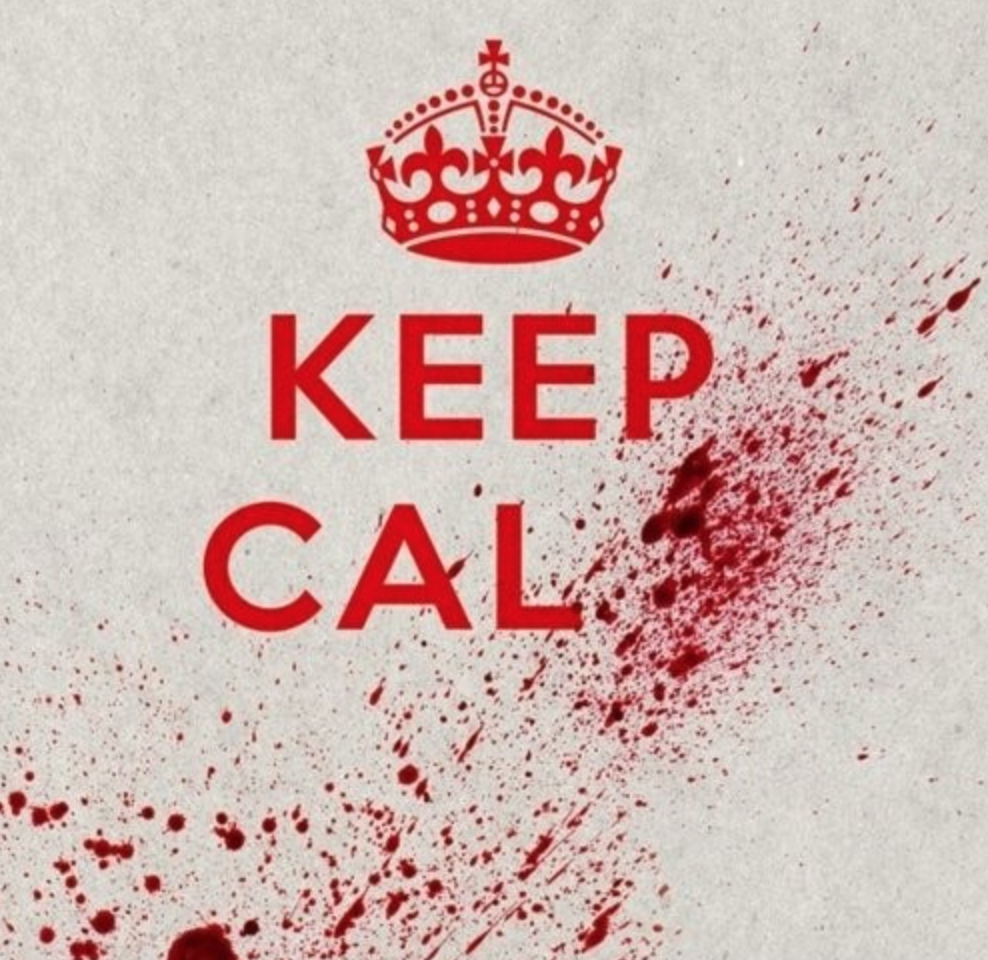 A NZ Herald front page headline on 22 February screamed out to anyone who  cared to read – or perhaps even just happened to glance at the paper;

Regardless of headlines, the content confirmed years of media reports and countless blogposts  on The Daily Blog, The Standard, and elsewhere, that New Zealand’s public healthcare system was critically under-funded; over-stretched; and staff were burning out from over-work. The story confirmed nine years of National’s gross under-funding and mis-management of the health system as successive ministers demanded that DHB managers and health-workers “do more with less”;

However, the record claim does not take inflation into account, and sidesteps the fact that almost half the spending will go toward mandated wage increases as part of the pay equity settlement.

Meanwhile, mental health workers and union representatives said the funding was only a fraction of what was needed to adequately respond to demand.

Social worker Andy Colwell said he expected to see the gap between demand and funding get even worse as a result of Budget 2017.

“As a mental health worker, seeing families struggling with life-threatening situations not being seen as urgent is incredibly frustrating, and knowing it will get worse is incredibly distressing,” Colwell said.

Healthcare workers made their cries of frustration heard clearly and unequivocally;

A survey of almost 6000 paramedics, nurses, mental health workers and support staff earlier in 2017 found 90 per cent felt the healthcare system was understaffed and under-resourced.

Some said they feared burnout could be jeopardising patient safety, and 72 per cent said their workload was not reasonable.

Week by week, the sheer scale of the neglect to crucial social infrastructure by the Key/English government becomes apparent – and with it the size (and expense) of the problems they’ve left behind, for the Ardern government to somehow address. The mouldering walls and the decaying electricity and sewage systems at Middlemore Hospital serve as a perfect symbol of the dilapidation that’s been fostered by pressure to meet the political goals of budgetary constraint. All of it done so that John Key and Bill English could brag about being capable managers, who kept expenditure under control – as if balancing the books was an end in itself.

Meanwhile at Middlemore, the necessary investments in maintenance were being deferred – as they have has been in DHBs all around the country, in order to prop up the illusion of competence by a government always far more interested in delivering another round of tax cuts, if it possibly could. It didn’t want to hear bad news. Its managers in public health heard that, and obeyed orders.

Since National changed leaders, the same illusion has been perpetuated by Simon Bridges, who cited National’s claim to be “good economic managers” in his first statements as leader.

Over the last two years, Radio NZ  featured a series of hard-hitting, critical stories examining growing waiting lists and worsening under-funding at the various DHBs around the country. The reports were damning; 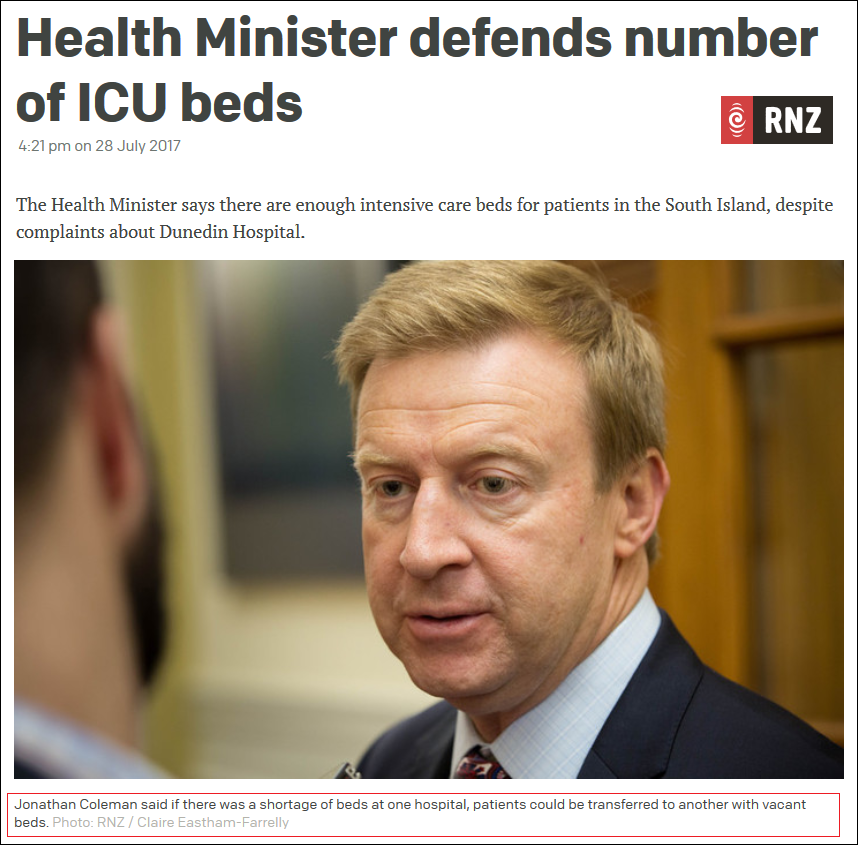 This year,  DHB Boards mustered the courage to disclose the full extent of under-funding.  Our dilapidated hospital buildings were literally rotting from within;

On top of stretched services; lengthening waiting lists; and stressed medical staff, the full extent of  the public health nightmare became apparent, as revelation after revelation was made public;

Noticeably, it was this country’s non-commercial broadcaster, Radio New Zealand, that led the steady expose on the crisis in our public health system. Other media outlets picked up on the issue, belatedly, albeit based on Radio NZ’s sound investigative reporting; 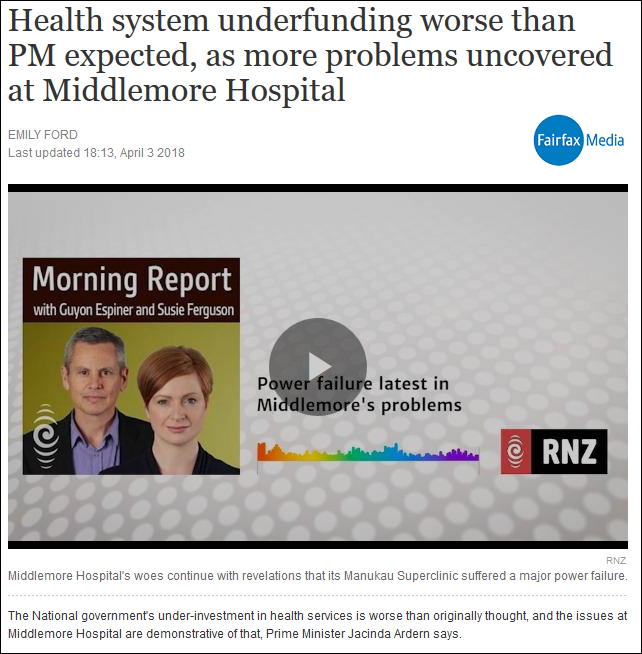 A subsequent Fairfax editorial was damning of the previous National government; 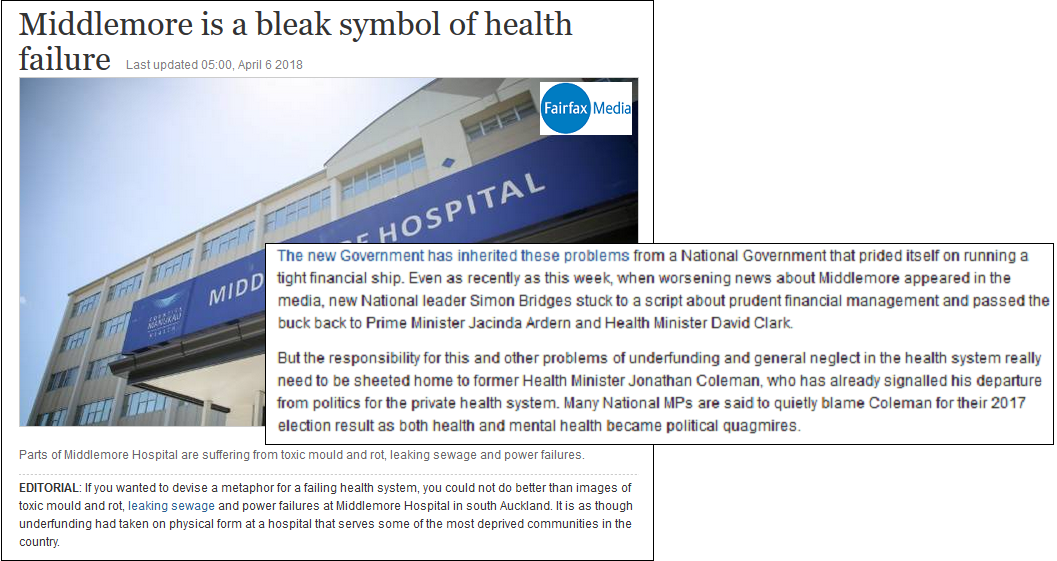 The un-named editorial writer sheeted home responsibility for this mess firmly where it belonged;

The new Government has inherited these problems from a National Government that prided itself on running a tight financial ship. Even as recently as this week, when worsening news about Middlemore appeared in the media, new National leader Simon Bridges stuck to a script about prudent financial management and passed the buck back to Prime Minister Jacinda Ardern and Health Minister David Clark.

But the responsibility for this and other problems of underfunding and general neglect in the health system really need to be sheeted home to former Health Minister Jonathan Coleman, who has already signalled his departure from politics for the private health system. Many National MPs are said to quietly blame Coleman for their 2017 election result as both health and mental health became political quagmires.

The editorial echoed Gordon Campbell’s earlier blogpost, and those of  other bloggers over the last nine years. This blogger has consistently pointed out that the 2009 and 2010 tax cuts implemented by National created a fiscal hole; forced increased borrowing; and corresponding under-funding/cuts to public services; 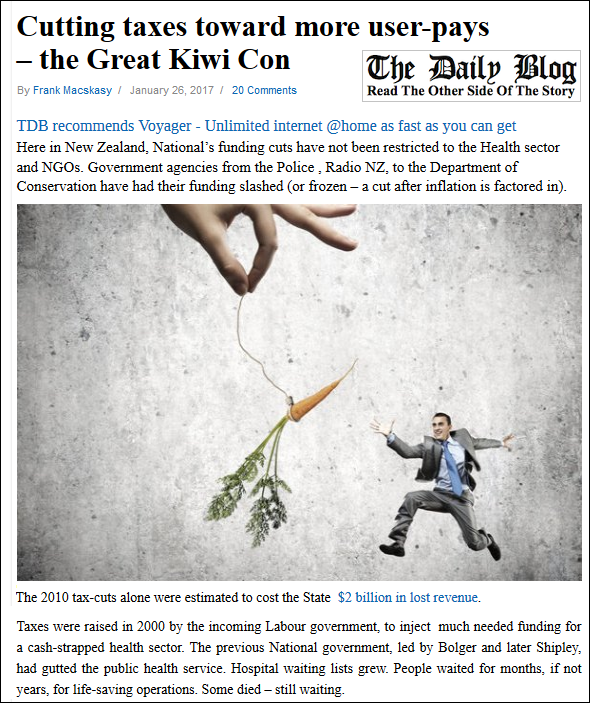 A decade late, National’s ongoing cuts, or under-funding, of state services such as the Health budget have resulted in wholly predictable – and preventable – negative outcomes;

“But remember we didn’t have all the choices that this government’s blessed with from a very strong legacy from good economic management.

Now we are in actually a relatively blessed period with strong surpluses, it’s for this government to look at how they do this”

Bridges seemed utterly oblivious as to why “we are in actually a relatively blessed period with strong surpluses“. Those so-called “surpluses” were at the expense of  rotting hospital buildings and under-funded services and medical staff.  He seemed wholly blind to the social costs incurred in National’s single-minded mania to create “surpluses”.

Bridges’ attempt to deflect to the GFC  ignores the critical fact that National stubbornly proceeded with it’s reckless promises of tax cuts that – as predicted – eventually proved to be unaffordable.

“That was his worst Morning Report interview so far…”

Hooton suggested that rather than National’s 2017 election year bribe for more tax cuts, that the focus should have been on writing off DHB debts and more social spending. He believed that offering tax cuts was the reason National was no longer in government;

“That was the wrong call.”

He has a point – a point that many commentators on the Left have been banging on for nearly a decade.

It should be abundantly clear to all by now that National’s strategy of tax-cuts was simply to win votes at election time. It was a successful tactic during the 2008 election;

National is yet to explain how it will pay for the promised larger cuts.

And they tried it on again last year;

Prime Minister Bill English is talking tax cuts – saying “something will be covered” in the upcoming Budget and any changes would take effect from April 1 next year.

“There will certainly be something covered in [May’s] Budget. Look, there’s not going to be some big sugar shock with tax cuts. We have a range of tools, we want to be able to help and support low and middle income families,” Mr English told Newstalk ZB.

Had it not been for NZ First coalescing with Labour and thew Greens, National’s planned tax cuts might well have proceeded. And the rotting buildings at Middlemore would have continued to decay; waiting lists throughout the country continued to lengthen; and increasing numbers of front-line staff burning out.

However, there is an aspect far worse than the opportunistic use of tax-cuts as electoral bribes by a National Party hell-bent on re-election at any cost.

That is that District Health boards have not made these problems public earlier.

“We have been facing this for years and every year make savings or defer capital or struggle to get permission to get capital through the [Ministry of Health] capital investment committee.

– appears to be an act of cowardice.

Auckland District Health Board states that it’s  “strategic priorities” are;

Fine words. But have they been followed through?

When District Health Boards fail to make clear to central government that funding for public healthcare is inadequate; that there is a crisis in offering services in a timely fashion; that buildings and equipment cannot be kept to a high standard; that staff are over-worked and leaving in droves – then they have abrogated their duties to their communities; their employees; and to those vulnerable people who desperately seek medical assistance.

Waiting for a change in government is not a viable option.

Appropriate funding for DHB services must be the the number one duty of every Board member and Chairperson, irrespective of which hue the government-of-the-day is.

Acquiescence in the face of a Minister expecting (and demanding) a surplus from DHBs is not a viable option.

We, the public, expect our DHB Boards to look after our interests – not those of  Ministers with their eye on re-election.

If DHB Boards cannot find the inner courage to speak out on our behalf, to demand appropriate funding, then they should resign. Step aside and let others do the job. After all that is said and done, people’s lives are at stake.

Silence should never be a viable option.

I acknowledge and thank the hard-work of Radio New Zealand staff who have brought to our attention the current abysmal state of our public health system. This is indeed the role – the raison d’être of the  existence of public broadcasting. Your dedication to bring us the truth may have saved lives.

Radio NZ:  ‘People will die waiting for the attention they need’

Radio NZ:  ‘I had a death sentence hanging over my head’

TVNZ:  ‘We have rot, we have mould, we have sewage’ – Health Minister asks Middlemore Hospital for explanation over faulty buildings

Fairfax media:  Middlemore is a bleak symbol of health failure

NZ Herald:  Nats to borrow for other spending – but not tax cuts

Auckland DHB: Who We Are

The Jackal:  National has failed our health system

Werewolf:  Gordon Campbell on Middlemore Hospital as a symptom of neglect 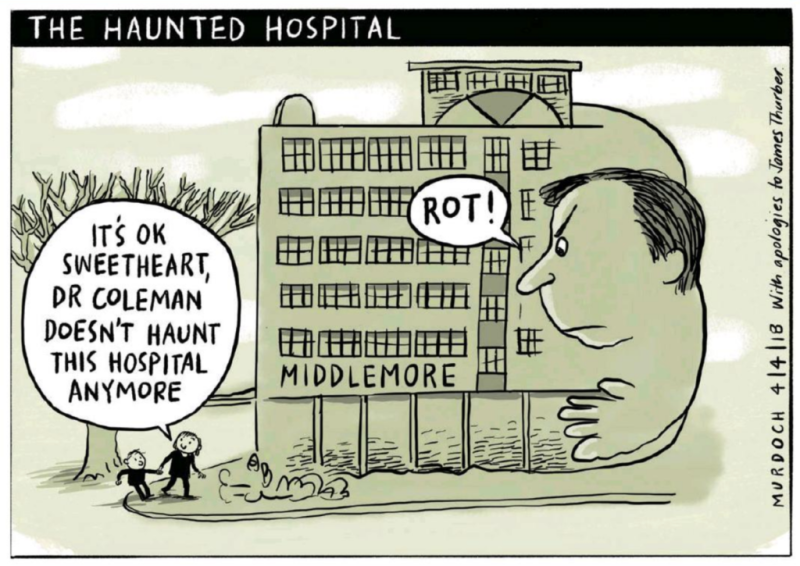