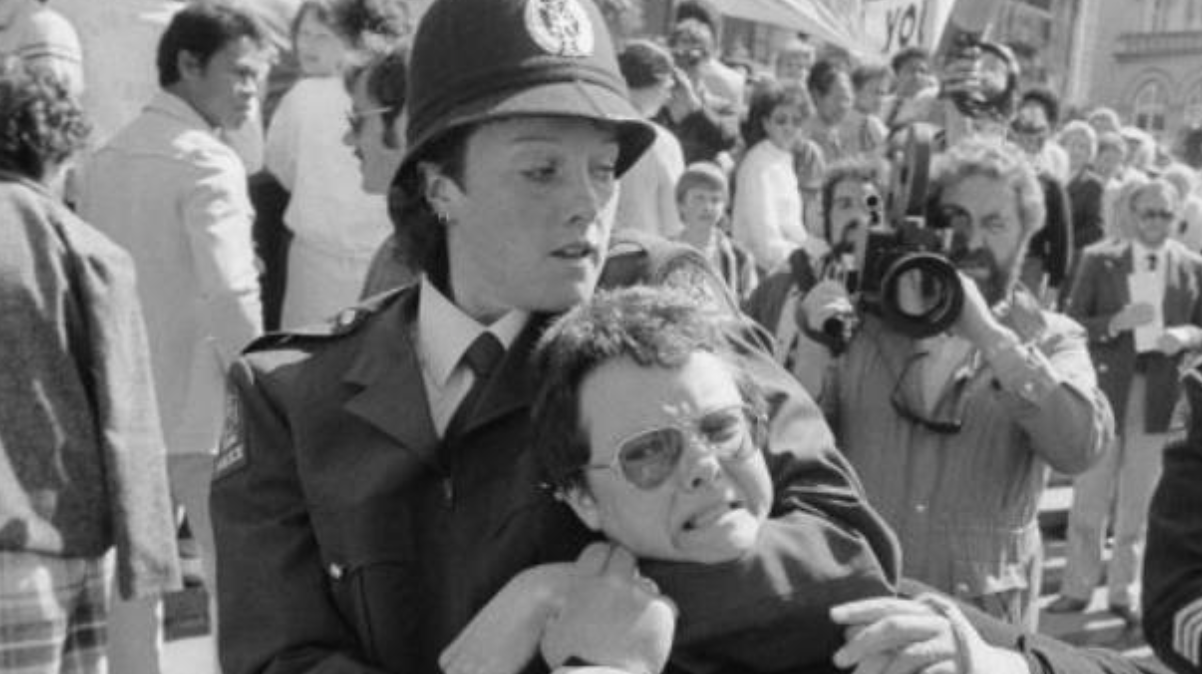 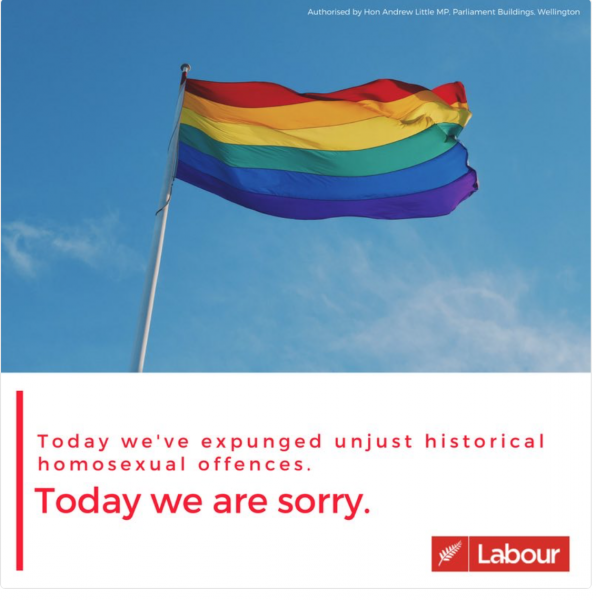 Started by Amy Adams and courageously picked up by Andrew Little and Labour, this is something that has been a stain on us for some time.

The mere concept that homosexuality was illegal until 1986 is still something of an embarrassment for a country that prides itself on its progressiveness and egalitarianism.

This was once a thing… 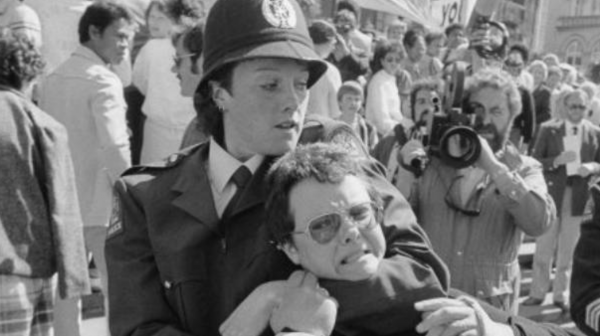 …a pro-reform protester stranded by a cop.

That the police have the audacity to march in the pride parade is more a symbol of the forgiveness of the Gay Community than the redemption the police deserve.

We should celebrate the steps taken to redeem ourselves with Marriage Equality and we should be glad that a wrong has been righted, but my thoughts today are with all those men who were humiliated and punished and abused for simply being who they were.

We have gone some distance towards equality, but we still have a long way to go.

Many respects to the new Government for prioritising this.